Balaur Arms is one of Kult of Athena’s house developed brands.

While the factory is in India, has been producing swords since 2018 in partnership with KOA’s designers and sword experts and has resulted in a line of swords specifically made to address the concerns of modern sword collectors. As a result, Balaur Arms have quickly established themselves as a serious contender for extremely affordable, yet surprisingly well made line of medieval replica swords.

Designed by Ryan himself who drew on decades of experience from having handled literally thousands of swords over the years, he took the best, discarded the worst, and created a line of swords that tick ALL the boxes including but not limited to:

In a nutshell, these swords have been made to specifically address the most common concerns and complaints of modern sword collectors. As a result, Balaur Arms have quickly established themselves as a serious contender for an extremely affordable, yet surprisingly well made line of medieval replica swords.

There is no specific warranty offered by the manufacturer so any issues are to be handled directly by the vendor. But it's KoA, so your in safe hands..

Balaur Arms are primarily well know for their range of European medieval swords - namely a selection of Viking Swords to arming swords and longswords from the high medieval period. Due to Indian export law, all swords are shipped unsharpened - however some vendors offer a sharpening service for a few dollars more if so desired. 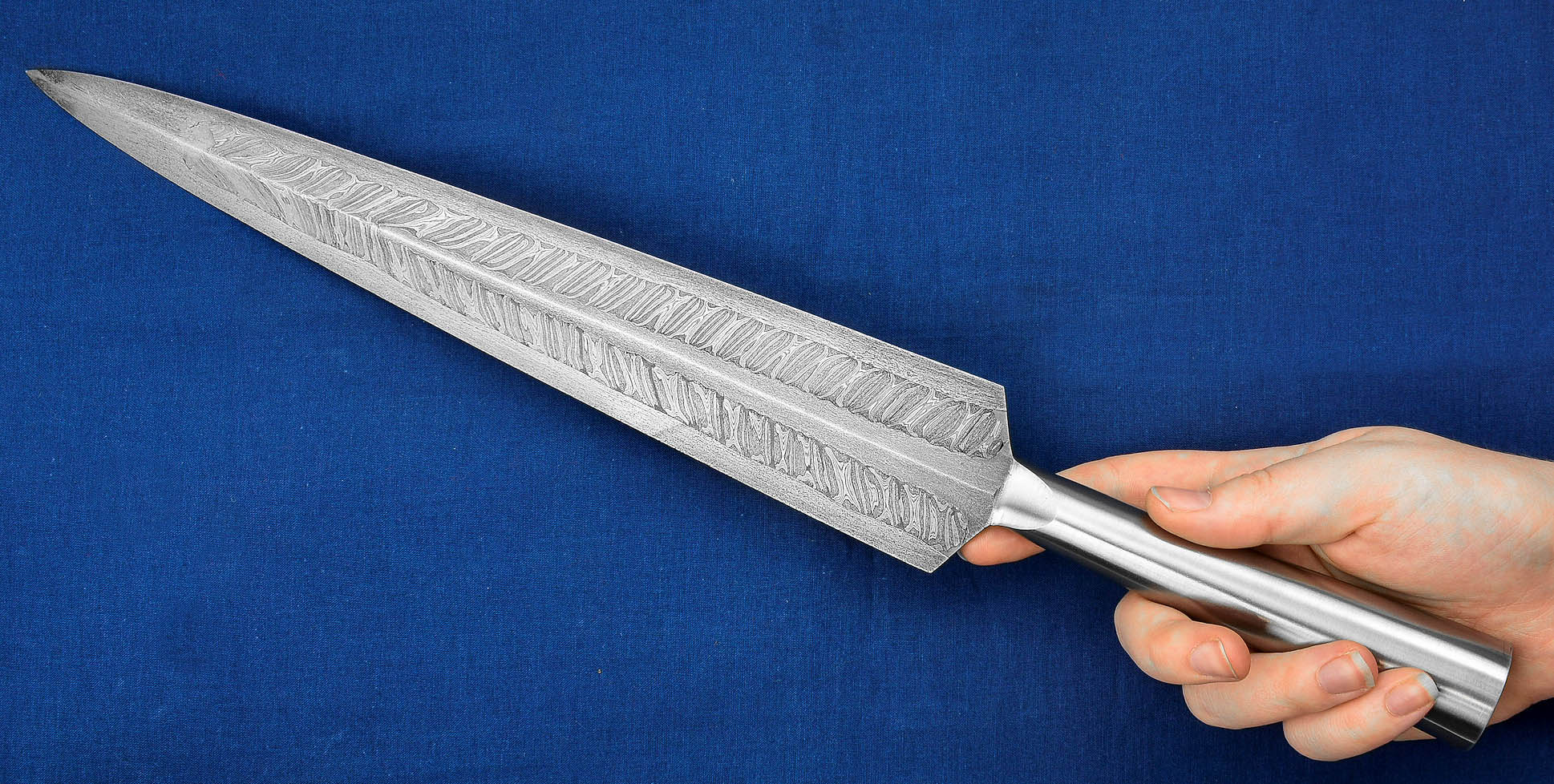 Like many Indian blade makers, Balaur Arms has a nice range.of folded Damascus pattern and pattern welded blades, primarily on a small but growing selection of shorter blades, such as daggers, langseax, speartips and more.

Balaur Arms swords and blades are made using a combination of machinery and good old fashioned blood, sweat and tears. The blades are primarily made from tough 5160 Spring Steel after transitonimg away from EN-45, which is the most commonly used sword steel in India.

To keep labor costs down, the forge uses such equipment as CNC lathes, power hammers and other cost/time saving measures.

Swords are well tempered (to a HRC of 53, which is ideal for a medieval sword) and exhibit excellent flexibility as clearly shown in the picture to the left (though we do not recommend frequent flex testing - doing it too much will cause micro cracks no matter how well the sword is made and what brand makes it. Swords were originally designed for fighting, not bending in some kind of medieval strong man competition, and were often bent and folded when offered to the dead), 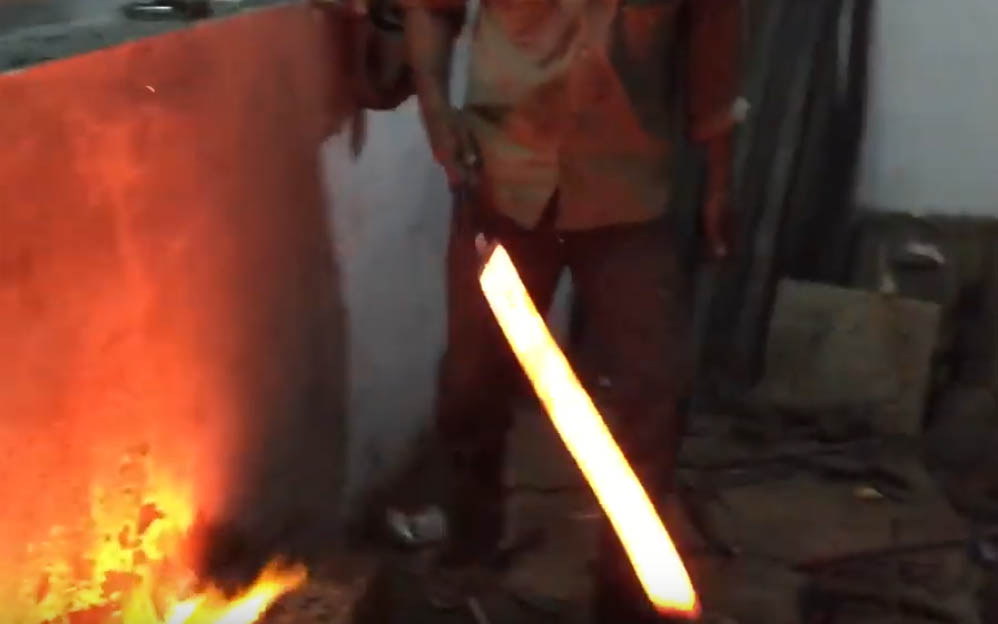 RED hot from the forge - the genuine, old fashioned way of the sword blacksmith

Below is a video showing the time saving (and thus, money saving) use of a Power hammer. And before you get carried away and say "that's not traditional! What about a hammer and anvil?"

Hate to burst your bubble, but Power hammers are used to make Nihonto in Japan worth many thousands of dollars - a hammer and anvil is still needed for the finer work, but for quickly banging out a blade to shape, nothing is more effecient..

The second video shows the hardening process of the blade that gives it the necessary flexibility and durability medieval swords were known for. More videos can be seen on their YouTube channel here

Most of the reported issues on Balaur Arms are largely to be expected for swords at this kind of price point. That is to say, because the blades are made by hand hammer marks, uneven grinds, etc are par for the course (and actually, much closer to the historical originals because of it!).

Some customers find the makers mark, a 'B' stamped on every blade, to be bothersome, others do not really mind - so it is nor an issue per se, but customers should be aware in case they find a makers mark to be somehow distasteful.

Similarly, there are some people who dislike the free scabbards included with the sword line as they are a little rough here and there - however to significantly improve a scabbard adds significant cost to the swords overall price (historically scabbards often cost around half the cost of the sword itself - so if extrapolated to include Balaur arms, instead of being $199 they would be closer to $300 if the scabbard was upgraded). 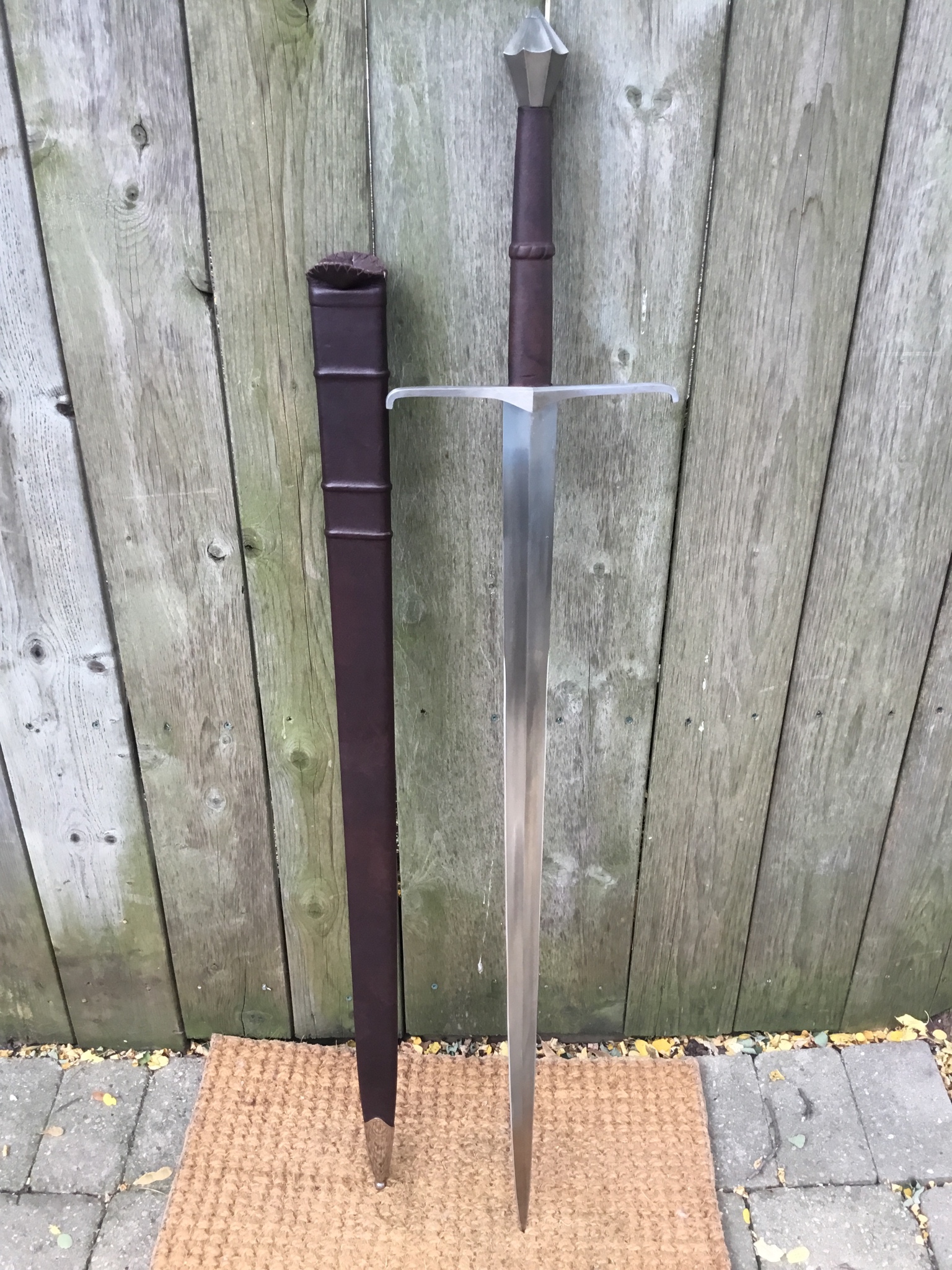 WHERE TO BUY BALAUR ARMS

As the brand Balaur Arms is owned by and made to exact specifications of Kult of Athena, they remain the sold distributor,

But unlike many sold distributors who price gouge you because they own a monopoly - KoA's philosophy has always been "We work hard to keep our prices low, and try to sell items for what we think they should sell for, not as much as we could possibly get."

Take one look at the swords, compare them to other similar brand, and you can see they have not deviated from this policy whatsoever...

For the full Balaur Line Up At KoA (expanding all the time) click the link below:

I hope this information on Balaur Arms has been helpful. To return to the Sword Manufacturers Dossier from Balaur Arms, click here