When most people think of a knights sword, they usually imagine a warrior clad from head to toe in plate armor clashing with sword and shield against a similarly armored opponent.

But if that was the case, even if these swords were sharpened, the result on the medieval battlefield and in the Russian M1 cage would be about the same - and that is not a very good strategy if your goal is to kill your opponent rather than just batter them about..

Essentially, misconceptions like this come about because most people fail to understand that during the 300 years that saw the rise and the fall of the knightly class, the knight sword itself was locked in a medieval arms race of blade versus armor.. 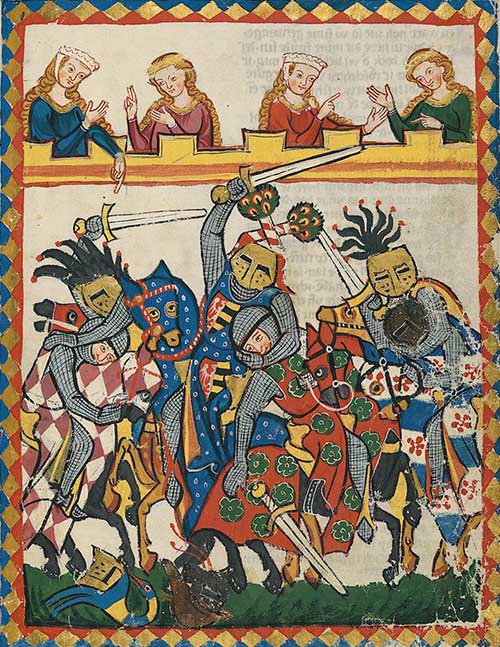 A medieval mugging with one handed arming swords so it seems! Image from the 14th century 'Codex Manesse'

The earliest knights sword was a single handed cutting sword evolved from earlier Viking swords - the so called arming sword - usually used in combination with a shield or buckler (though it could be used without one as circumstances determined).

These swords, and the knightly class itself, truly came to prominence in the 12th century during the time of the first crusades - where the mounted warriors wreaked havoc on the battlefield and were typically only opposed by enemies in light armor, maille and the occasional steel plate here and there - all of which stood little chance against the sheer power of a knights sword as he galloped past and struck out.

The sword historian, Ewart Oakeshott, identified and classified these early swords into several categories based on blade shape, intended use and the period in which they appeared - and within his sword typology types X to XIII (10 to 13) were the typical early medieval arming swords.

But none really more best represented a knight sword than his type XII - what many refer to as a classic knightly sword.

As you might expect, there are quite a few functional and relatively inexpensive replicas of a knights sword available to sword collectors on the market - some of which are based on extant historical antiques, some on swords within the Oakeshott 10-13 typology, and others still completely ahsitorical, but marketed as knightly swords (some of which, taken on their own merits, aren't actually too bad - others, not so much..).

One of my personal favorites is the European sword by Windlass Steelcrafts which is based on the Type XI sword that was used almost exclusively in the 12th century.

One of my favorites, the Windlass "European Sword"

It is a great example because it is so well tempered, handles well and is available for under $200. Indeed, quite a few half decent replicas can be found below $200, and are covered in the sister article cheap medieval swords here.

Above this price point - and between $200 to $500, the swords do not necessarily get dramatically better. Though as a rule many get beefier, considerably tougher and some perhaps more historically accurate..

Below you can see some heavy destructive testing on a replica Knights sword by Darksword Armory called, appropriately enough, the Medieval Knight Sword which is based on the Oakeshott Type XIV, a later period arming sword that appeared during the height of the medieval arms vs armor race.

HEAVY testing. Click the image for the full test results.

This, plus a few other select arming swords, are reviewed below.

Definitely not a bad sword for the money, and a true Windlass classic. $249.95

A exceptionally good replica of the original, though it had a few teething troubles to get there.. $362.99

Sturdy enough, and a decent replica of a historical type X/Xa.But you either love it or hate it, there really is no neutral opinion on this one $349

Towards the end of the medieval period, the Knights sword began to change and rapidly evolve as the quality of steel itself began to improve, allowing for longer blades and stronger plates of armor.

While the arming sword was still in use, from the 13th century to the 15th century - the twilight of the medieval knight - it was the Longsword (also called a bastard sword or hand and a half sword) that was more commonly encountered on the battlefield and used to settle personal disputes in duels and vendettas.

As armor became more invulnerable, a shield was largely superfluous - freeing up the off hand so it can be used add power and finesse to the strike when on foot, though these swords were also used on handed from horseback.

The techniques of wielding Longswords were quite sophisticated (read more about Historical European Martial Arts here) - and as such, the best of these swords need to be well balanced, durable and fast in the hand.

Longswords are extremely popular among collectors of replica medieval swords - both for their grace and deadly beauty. As with most things, a higher priced sword tends to be better - here are couple of Longswords that best represent this principle - one low priced and the other mid priced to give you an idea of what to expect at both ends of the spectrum.

A little to 'whippy' to thrust as well as it should. Average at best and not Windlasses finest, but neither is it their worst. $220

Ornate, attractive, tough and handles so well it's hard to put down - the latest swords from Darksword set a new mid-range standard.. $655 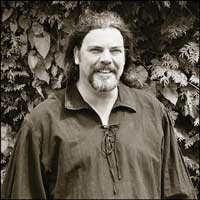 But price alone should not be your guide..

The next replica Longsword is famous for its handling and blade dynamics, though due to popular demand - and a relatively very low price - can be hard to get a hold of..

The product of collaborative project with legendary sword maker, Michael "Tinker" Pearce and the Hanwei Forge - the Tinker series Longsword and Bastard Sword (as noted, both terms are actually interchangeable, and used here only as product names, not a definition of what they are for)

Designed by Michael 'Tinker' Pearce, harmonically balanced & handles with the best of them, though availability can be an issue. $249

While not the best 'Tinker' Pearce design, it is an excellent sword for the money and is very hard to fault for the price. $234

Finally there are two more series of Knights sword that emphasize durability, cutting power and a sub $300 price point..

The first are by Ronin Katana, who have branched out from their focus on Dojo ready Katana to produce properly sharpened, ready to cut straight out of the box, medieval and Viking style swords.. 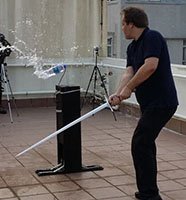 Three medieval swords, one low price - all 3 tested on the rooftops of Hong Kong with Lancelot Chan on a variety of targets - from water bottles, bamboo and even a pigs hoof..

Simple yet impressive, they have since gone on to cause quite a storm for lovers of quality medieval swords ready to cut straight out of the box $265-285

Arguably the best entry level Longsword seen in years, find out what makes it so great in this hands on review. $285

An impressive newer entry to the line up that has been compared favorably to swords three times the price. $450

The second line up are from Windlass Steelcrafts and called the "Battlecry" series.

A serviceable and decent sword for the price, though the blackened finish does put some off. $282

While the blackened, stonewashed blades (done as a cost cutting measure instead of polishing them to keep the price down) may not appeal to everyone, they are eminently practical and well worth a serious look.

I hope this information on the medieval knights sword has been helpful. To return to Affordable Replicas of Medieval Swords from A Knights Sword: Arming Swords and Longswords, click here