Classic Knightly Arming Sword: a versatile single handed sword that was most widely used in the 13th and 14th centuries. Next to the type X and Xa, it is actually one of the most common single handed sword types of the early to mid-medieval era (a saying often heard from modern day collectors is 'when it doubt, it's a type XII!'). Characterized by its shape and profile, with a fuller running 2/3rds of the length of the blade, it was also mounted in a wide variety of fittings. Could have any pommel or cross guard type from that era, though wheel pommels and straight cross guards would be a 'standard' configuration. 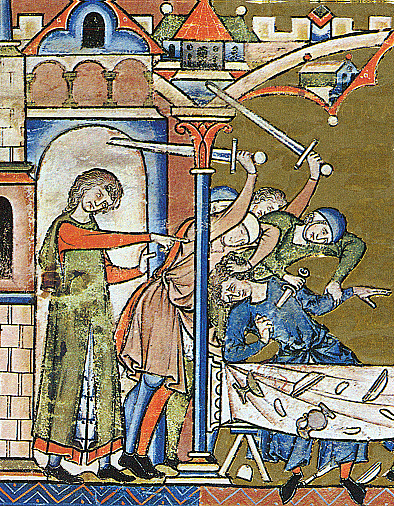 Oakeshott Type XII swords are some of the most common single handed sword types historically, and were widely in use during the 13th and 14th centuries, though some transitional Viking style swords can be dated to as early as the 11th century some 200 years before their heyday. As such, they were in service for much longer than most other sword types, which needed to evolve rapidly from the 14th century onward to keep up with the increasing use of more effective armor types that rendered cutting swords largely ineffective.

While they are dedicated to the cut, the blades of Type XII swords tapered to an acute point making them better at thrusting than swords that preceded them. Another notable feature of this type of sword is a shorter fuller, which shifts the balance more towards the tip, giving it greater authority in the cut but also good control for a thrust.

While they could, and did, have any type of hilt design from the 13th to 14th century, a common configuration was a short, straight guard and octagonal pommel.

Oakeshott actually stated that the Type XII was the hardest to classify, and that many swords that could fit into this category could almost just as easily be a type X or a type XIV but had been sharpened so many times over the course of the swords lifetime that it took on the appearance of a Type XII.

However most modern sword enthusiasts find it to be a relatively easy to spot swords that can fit in this category, often grouping any lenticular one handed arming sword with a shorter fuller into this type and have the saying - "when in doubt, it is a type XII!" though it is rather tongue in cheek and not to be taken literally unless you are feeling particularly lazy..

As noted, Type XII swords were a very popular sword of the early to mid medieval period, and there are many extant examples in museums across the world. Consequently, there are many replicas that can be classified as Oakeshott Type XII currently on the sword market (especially when erring on the side of 'when in doubt, it is a type XII').

With so many to choose from as an example, we will list three of the best entry level type XII that strike what we feel is the perfect balance between historical accuracy and value for money. 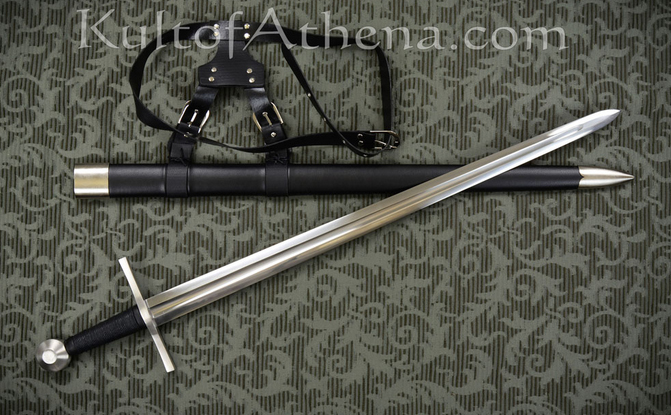 Based on the classic Oakeshott Type XII this arming sword by Ronin Katana  is almost a perfect example of type, though purists may well argue that the geometry is a little off, being slightly more diamond profiled than lenticular as it should be - a common issue on production swords at all by the highest end. 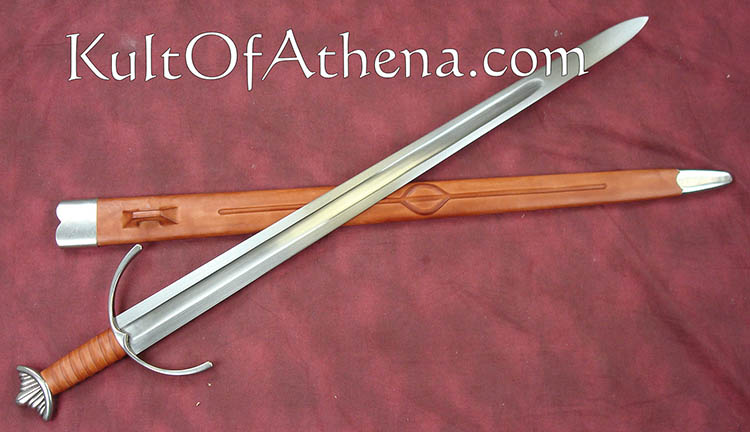 A relatively common configuration for Type XII swords, the Cawood by Hanwei is based on a Type XII found preserved in the riverbed of the river Ouse and is a sister sword to another Oakeshott Type XII found in 1888 during railroad construction and now on display at the Oslo museum in Norway. A very nicely executed replica and authentic in almost every detail, which is quite rare at this price point.

While some manufacturers may incorrectly specify a sword type in its description, in this case Darksword Armory seem to have hit the nail right on the head with their Type XII Practice Sword. While it is designed for steel on steel sparring rather than cutting, the details are great on this one, especially the blade profile.

MyArmory has an excellent in depth article on Type XII swords here which explains their history and lists some high end reproductions and images of actual antiques.

You can also see an actual antique of a Type XII sold on the Bonhams auction website here for £3,125 (slightly over US$4,000).