Fullered down to 1/2 the length of the acutely tapering/pointed blade. Was a versatile blade type that was good at both cutting and thrusting, though was slightly more efficient at thrusting and very effective against armored opponents. Used primarily in the early 14th century at the height of the medieval arms race of swords versus armor. 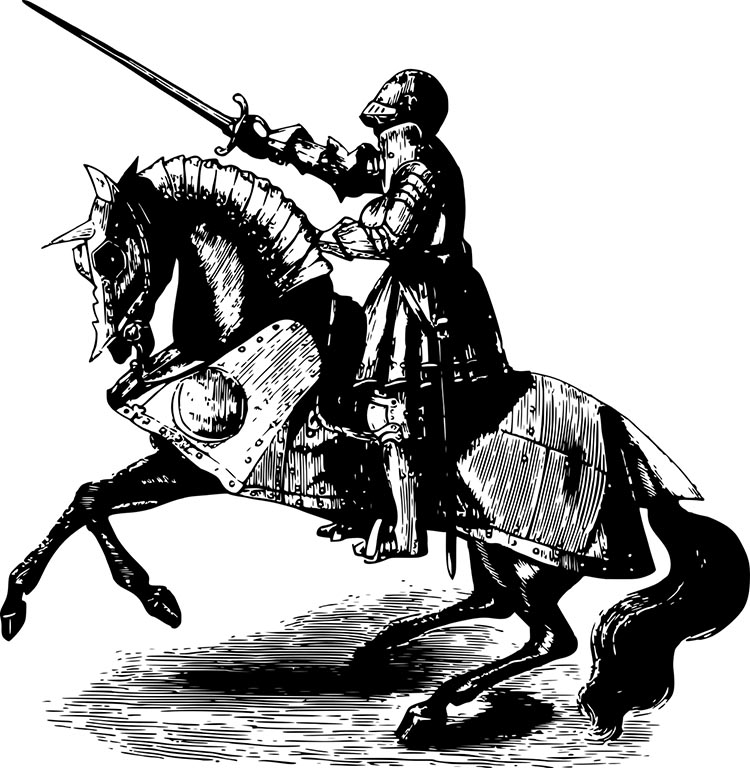 Oakeshott Type XVI swords were in many ways the ultimate answer to the increasing use of heavier armor types starting to dominate the battlefields of the early 14th century - combining deadly cutting with incredible thrusting power.

In the words of Oakeshott himself, had a point "acute enough even to penetrate plate armour, there was enough width and edge at the 'center of percussion' or 'optimal striking point' to enable the blade to strike a very powerful shearing blow."

In the arms race of the 14th century, these swords stood apart from earlier attempts to combine the cut with the thrust - and as noted, the reinforced diamond profile tip was strong enough to pierce plate armor (though of course, this required a perfectly tempered blade and a particularly forceful and accurate hit that targeted the weakest points of the armor).

As such, they are an eminently versatile design, able to take on with confidence a wide variety of both heavily and lightly armored opponents.

Because it is quite a distinct style, few entry level manufacturers accidentally create a Type XVI. But a few have tried their hand at making one, and there are several more at the mid and high end of the medieval sword market.

Let's take a look at some of the better ones.

Based on a sword that was in Oakeshott's personal collection, the blade may only be 21" long, but it packs quite a punch and is a faithful and fully functional replica of the original at a budget price point.

Another sword based closely on a historical original, this one originally found/hailing from 14th century Denmark, the Del Tin 14th Century Medieval sword, also known as the DT5142 is a classic example of a type XVI.

Slightly fanciful in design, and getting up there in price, this is none-the-less a historically plausible replica of an XVI and is the sharpest and most deadly recreation of the three.

MyArmory has an excellent in depth article on Type XVI swords here which explains their history and lists some high end reproductions and images of actual antiques.