Early Medieval/Late Viking Era Arming Sword widely used by Normans, Vikings, Anglo-Saxons, and early medieval knights. Wide and Shallow Fuller that runs the length of the blade, disappearing about an inch from the tip. Widely in use from the 9th to the 12th centuries - it was a transitional sword between those used during the Viking and medieval eras respectively. 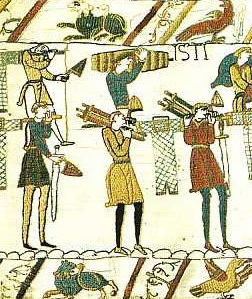 The Oakeshott type X was a transitional sword of the early medieval period that evolved from earlier Viking age swords.

Indeed, the differences between a Type X and the swords of the Viking age are minimal, and quite a few of the swords used during the early medieval period from the 9th to the 12th centuries were actually manufactured during the Viking era (the main difference between type X and true 'Viking' or 'migration period' swords is that the type X was a little thinner and more shapely, and tended to have a more pronounced tip, while Viking swords were rather rounded).

The most famous example of Oakeshott Type X swords were the so called "Ulfberht Swords" which were famous for their quality and were believed to have been made by one of the earliest sword making 'companies' that bore the name of the founder long after his death. 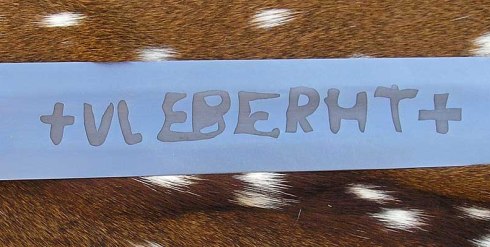 Almost exclusively used as a cutting sword, some Oakeshott Type X swords did actually have more acute tips, but for the most part were somewhat rounded like the earlier transitional Viking swords.

During the period these swords were used in, plate armor had yet to be properly developed, and most opponents on the battlefield were only lightly to moderately armored in a maille cuirass at best. As such, a well balanced and fast type X (as, like all single handed swords used historically, few if any weighed more than 3lbs, certainly never heavier than 4lbs) could and did wreak havoc.

Type X swords are most easily identified by the general outline of the shape of their blade combined with a wide and narrow 'scooped out' central fuller.

As Type X swords were used for the longest period of any sword in the medieval era, there are many surviving examples of this sword type - and a correspondingly high number of modern functional replicas. Indeed, next to the Type XII arming sword, Oakeshott Type X swords are the most common type of medieval sword on the market.

A classic Type X, this replica by Windlass Steelcrafts is rated 4 stars and reviewed on SBG here by Mike Harris. Quite a faithful replica of the original sword and a bargain considering its sub $200 price point.

A popular sword that has been in production for almost two decades and is a great representation of an early period type X medieval sword. Click here for the full review. A popular and readily available fully functional replica. 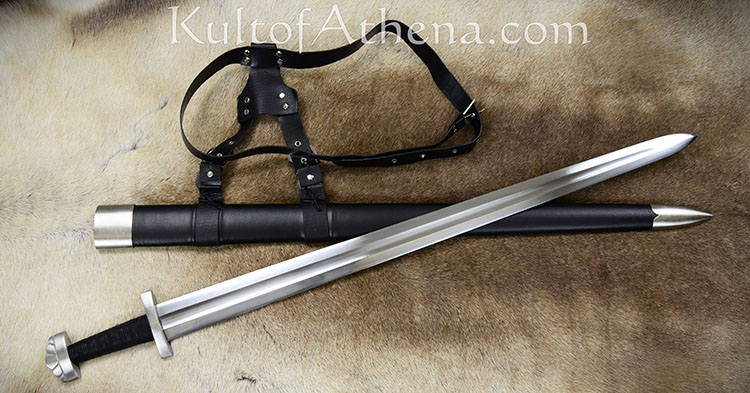 While it is marketed as a 'Viking Sword', the Ronin Katana European Sword # 8 has all the hallmarks of a Type X and is reviewed along with 2 other swords from the series here. The fittings leave a little to be desired in terms of appearance, but the blade is a Type X through and through.

MyArmory has an excellent in depth article on Type X swords here, which also includes images of antique type X swords as well as information on high end replicas and much, much more.

You can also see an actual antique Type X that was sold at Bonhams auctions for £2,250 (approx US$3,000) listed here.