Single handed medieval broadsword with a single wide fuller or multiple narrow partial length fullers and mounted with a wheel pommel (exclusively, most commonly Type K) designed for versatile use in cutting and thrusting. Extremely popular and commonly used during the late 13th century to the mid 14th century, it was also one of the last swords made for defeating maille armor. 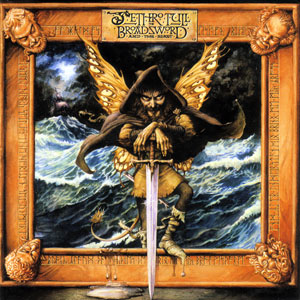 The Broadsword and the Beast - Jethro Tull

The Oakeshott Type XIV is what many casual sword enthusiasts might classify as a medieval broadsword.

Indeed, the single handed sword seen on the cover of the Jethro Tull album 'the Broadsword and the Beast' is pretty close to the style of this blade (apart from the fuller perhaps being a little too long) - though as sword terminology has been so fluid over the centuries that broadsword has lost much of its meaning - so let's call it a Type XIV as we should..!

There is no doubt that these swords were as popular back in the days when they were in actual use as they are now, for Oakeshott estimated that around 80% of statues of effigies of medieval knights from 1290-1330 depict the Type XIV, so it is no surprise that it's distinctive shape is forefront in the minds of many modern enthusiasts.

As we noted, this was one of the last arming swords designed to defeat maille armor and the broad blade with a nicely pointed tip was perfectly balanced between the cut and the thrust and could be used against the increasingly heavy armor knights would be forced to face during the period.

Surprisingly, despite their popularity, there are few surviving examples of this blade type.

While there are few surviving examples, there are some very nice modern replicas with varying degrees of historical accuracy.

Below are three of the most accurate. 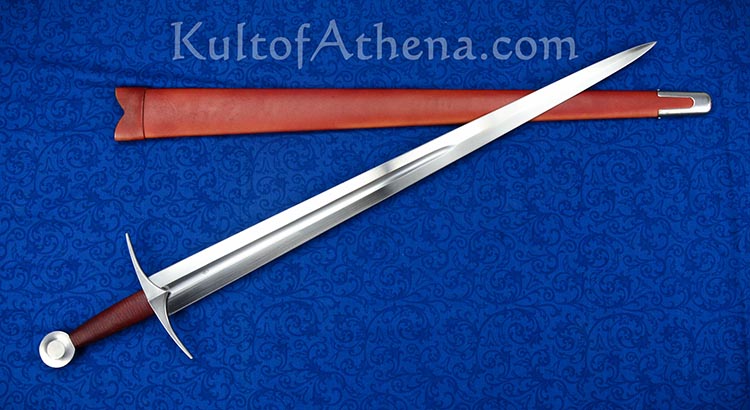 Designed by renowned modern day sword maker, Angus Trim, and made by Kingston Arms - the their 13th century Arming Sword is designated a Type XIV, and even a cursory look confirms it is indeed correctly identified. The unique blade profile, partial fuller, type K pommel and type 7 cross guard mean it is pretty much spot on in terms of accuracy.

The first Darksword Armory blade I ever owned was the Medieval Knight, which is a decent replica of a Type XIV sword. The general shape, fittings and fuller are all spot on in terms of historical accuracy and as my testing revealed, it is as tough as nails.

You can see that all three swords are pretty much identical - which is no accident as this type ALWAYS had a wheel pommel, and the type 7 cross guard was also frequently seen. But this semi-custom sword made in the USA is the best of the three, though as you might expect, also the most expensive.

MyArmory has an excellent in depth article on Type XIV swords here which explains their history and lists some high end reproductions and images of actual antiques.