The 9260 Spring Steel Ō-Katana 大刀 by Cheness Cutleries are big swords. With a 33" blade, they are 5" longer than a standard Katana - and while that may not sound like much on paper, it is a lot in steel.

The best part about these swords isn't just the fact that despite their extra length and weight, they are SURPRISINGLY agile and well balanced in the hand. But I worried, would such a long sword be more prone to breakage?

This made me subject it to a series of tests much more demanding than usual. And in doing so, I discovered what is Cheness Cutleries best value for money sword in their 9260 Monosteel line up.

With a 33" blade, the Cheness O Katana is somewhere in the middle in terms of the length these big swords usually extend to. For example, the Cold Steel O-Katana is 36" long in the blade, while the Dynasty Forge O-Katana is a more conservative 31"...

It's not too long and not too short - but the first real indication you get of it being longer than a typical Katana is the size is the box it comes in.

Much longer than the usual length Cheness box, and with three latches to keep it closed when in storage/transit  you just know that you are in for a nice surprise...

Opening the box and taking the sword out of the bag reveals of course an equally long black lacquered saya (sheathe) to house this big swords blade - and either brown or blue ito wrap (I chose the blue).

The first thing that struck me when taking this sword out for the first time was just how balanced it felt. This really blew me away as it was not what I was expecting. 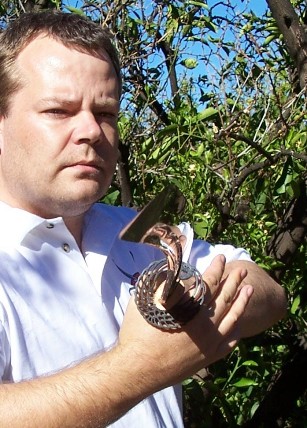 With a point of balance around 7' from the tsuba, and weighing in at only 2lbs 7oz, this sword actually feels surprisingly light in the hand.

Before I had ever held one of these big swords, I was always under the impression that it was going to be blade heavy and cumbersome.

But in reality, nothing could be further from the truth.

When wielded, this sword positively SINGS!

Indeed, with a full length bo-hi (fuller/blood groove)  the additional length of this Katana means that it makes the most authoritive Tachi Kaze (sword wind sound) as it slices the air that is music to the ears...

Anyway, these surprises aside  lets take a moment to go over the O Katana from top to bottom.

Overall, this is a very attractive piece and has come a long way since its first inception.

It really is a very sleek and elegant sword.

Everything about it was extremely well put together, with no looseness in any of the components.

And while it is hard to get a sense of just how much bigger it feels than any other regular length Katana without holding it or seeing it yourself.

I simply was unable to photograph it in a way that really highlights this  trust me, it has some real presence to it and would instantly draw attention to itself in any collection. 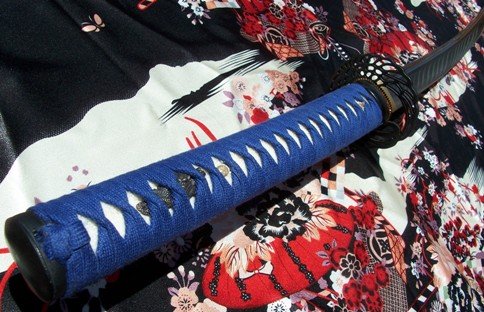 The use of a single metal mekugi was recommended in this short treatise by 10th Dan swordmaster Nakamura Taizaburo, who suggests the primary mekugi should be of bamboo but the hikae (reserve) mekugi should be metallic.

The Tsuka is wrapped extremely tightly and is now available in either a choice of blue or brown ito.

It also sports the upgraded and improved tsuka core construction  that due to criticisms on a particular sword fora - is now somewhat overbuilt, with two mekugi pegs  one of seasoned winter bamboo at the top, and one of brass at the bottom.

The menuki (handle ornaments) were pretty simple, and the same (ray skin) nice and even  nothing flash, but that isnt the point.

All in all, more than adequate for its purpose, though the Fuchi and Kashira (caps on either end of the handle) could use a feature or two to break up the monotony of their smooth finish.

The Tsuba, a traditional crane pattern, really sets this sword of beautifully. 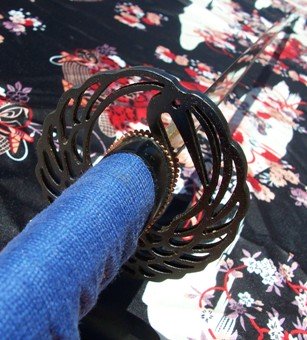 While the tsuba itself could have done with a little more rounding of the edges, this is a minor criticism and, unlike many production Katana, it is not crying out for a custom guard.

It sets it all off very nicely, and gives a very positive overall impression.

But while the fittings are actually quite impressive (especially from a functionality point of view)  the blade itself is a stunner.

As this is a monosteel blade, the hamon is of course cosmetic only. But it is both subtle and attractive, and combined with the bo-hi, its elegant sori (curvature) and length  it just looks, for want of a better word, very sexy! 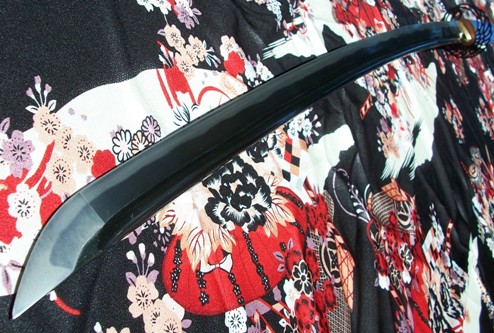 The level of polish on the sword is acceptable for what is to be a cutting blade. Not perfect, but without any flaws or blemishes along its significant length and it was extremely keen, ready to slice and dice straight out of the box.

Which is of course, exactly why I got it!

I've cut a lot of varied targets with the O-Katana, and it has failed to disappoint me yet.

The combination of the 9260 Spring Steel and this big swords edge geometry  and handling makes it an extremely versatile cutter.

From pool noodles to water bottles, tatami omote, soaked and rolled newspapers and everything in between -  it has never failed to deliver anything less than a perfect cut despite my crappy mostly self taught form.

But as these were big swords, I felt some big targets were in order.

And what could be bigger than a 55 gallon plastic container...!

I was pretty delighted to find this monstrous thing inside one of the steel drums I was preparing for the final torture testing...

And how could I resist filling it with water and slicing it up! ;-)

In short order, it was soo full and heavy that it broke the table it was supported on! I turned off the tap, and spent a minute or so trying to figure out how I would cut it in one blow! This big swords blade was the only one I knew off long enough to stand a reasonable chance of cutting it. And while this test was more for fun than anything else, it was also indicate if there was any part of the blade that was not sharp enough to do the job.

Big swords need big targets! This is the biggest I have cut to date..

As you can see, I needn't have worried... The first cut sliced almost the entire way through, leaving it hanging by a small amount of skin. And I then proceeded to finish it off, with water gushing everywhere.

Easily the biggest water filled target I have taken on! And a whole lot of satisfying fun to boot...

With that out of the way, it was time to address a question  would the additional length and relative thinness of the blade create weak points that even the legendary Cheness 9260 Spring Steel could not accommodate?

The only way to REALLY do this was by testing it on outer steel drum that the plastic container came inside of...

Now I have privately tested normal length 9260 Spring Steel Katana on these drums and was more than happy with the results. But I must admit going into this test, I was not certain if this big swords blade could handle it.

I kept having visions of the blade breaking in two on impact (hopefully) ending up in the bottom of the barrel... But I just had to know... So donning a protective mask just in case, I prepared for what was most definitely (pardon the pun) make or break time...

The sword performed and held up EXTREMELY well

The end results were far beyond my expectations.

Not only did this sword survive relatively unscathed, but it delivered some truly terrifyingly effective cuts and thrusts.

And cuts? Well, as you can see  while the blade did suffer some minor edge damage but it was extremely minor. I have tried a variety of swords on these barrels, and most cannot even cut the lip. But two of the cuts went quite far into the steel - in one case cutting closer towards the tip 3" into the steel. 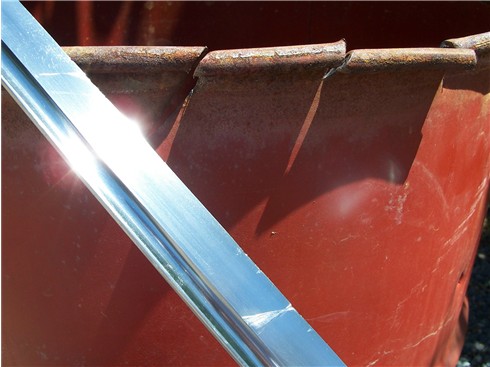 After these tests, I can very confidently say that these big swords are as strong as any other Cheness 9260 Spring Steel sword.

The amount of damage the blade sustained was negligible, and the edge proved itself to be very hard and effective at cutting literally anything put in front of it.

To say that I was pleased with the results is an understatement.

What can I say, these big swords rock!

They are not only fun to handle, but they are more durable than I ever imagined - and you get a whole lot of steel for your dollar.

We were so impressed by the Cheness Cutlery O-Katana that apart from the manufacturer, we are the only other company authorized to offer it and have made it available right here at the SBG Sword Store for just $299.99!

I hope this review of Cheness Cutleries O-Katana has been helpful. To return to The Best Japanese Sword for under $300 is MONOTEMPERED from Big Swords, Big Bang for Your Buck: The O-Katana by Cheness Cutlery, click here