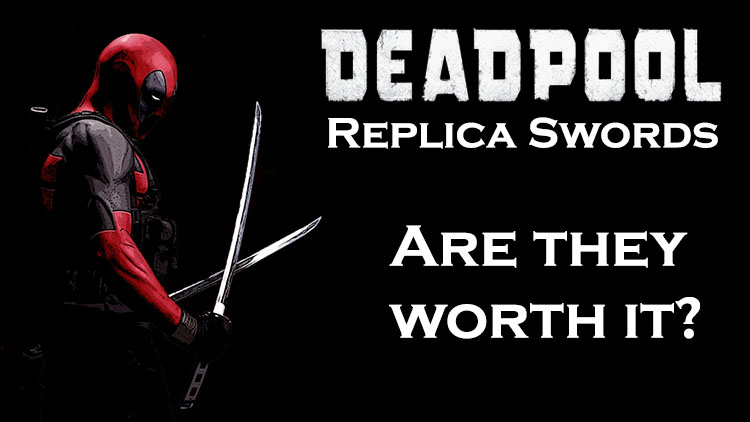 Deadpool swords are essentially a paired set of dual wielded Katana mounted on the back of this eccentric and somewhat unusual Marvel universe character.

In the canon of the Marvel Universe, Deadpool is a master of the art of Kenjutsu well beyond the capabilities of any previous historical swordsman to the point where,in conjunction with a surge of energy channeled into the swords from his suit,he is even able to deflect or cut bullets.. 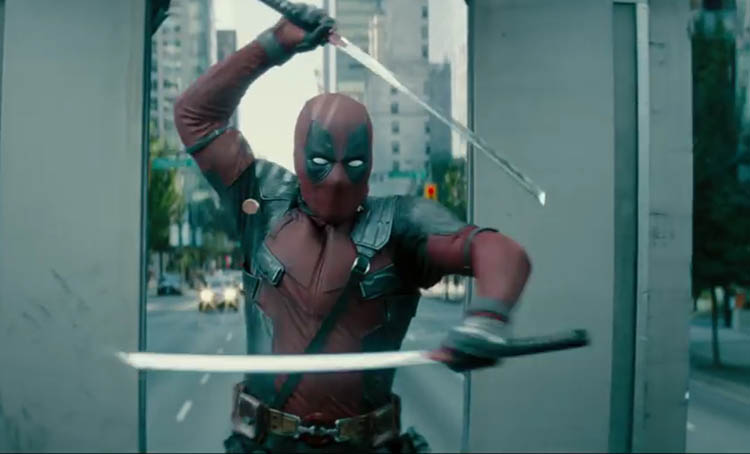 "Your Bullets are Really Fast.."

What the swords are made from is not particularly consistent in the canon. Some Deadpool swords were simply very high quality carbon steel blades, while others were made from the mythological super steel adamantium or carbonadium, another fantasy super steel, this one radioactive and able to deliver extra damage to mutants.

However, like the true swords saints of history, it is not the swords that matter as much as the swordsman himself - though from an aesthetic design point of view, they are quite unique and unlike any sword ever seen historically..

Looking at the Deadpool swords from the movies, there is a difference between the fittings of the swords used in the first and second movie.

In the first movie,they appear to be mounted in what is probably hard wearing ABS plastic, similar to some actual tactical Katana that have appeared on the market over the years.. 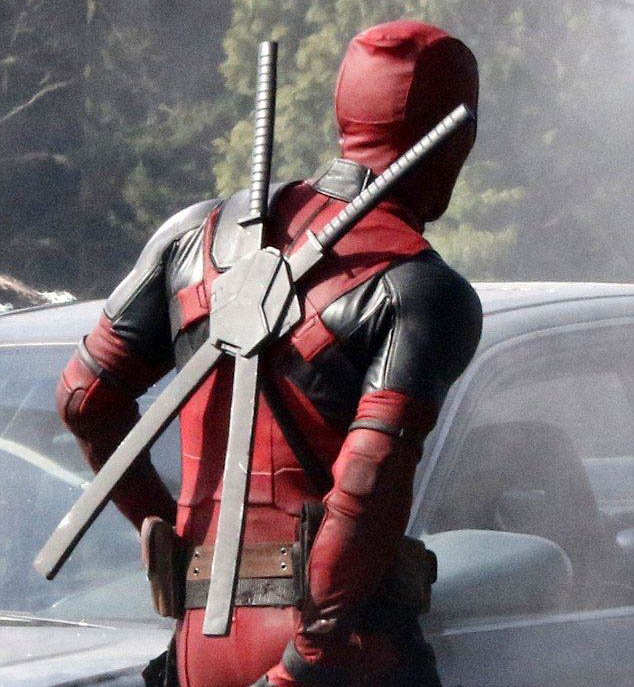 While in Deadpool 2, the two swords, one of which is called "Bea" and the other (the 'grumpy' one) called "Arthur" have a hilt much like a traditional Katana, with a black ito wrap on both and one with white rayskin and the other black.. 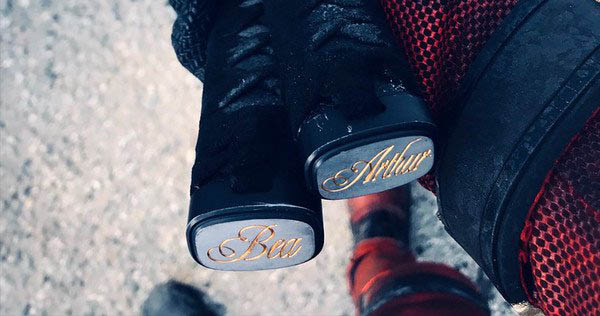 However, the one thing the Deadpool swords from both movies have in common (and consistently in the comics too) is that they are worn and mounted on his back..

And this is actually a bit problematic.. Because, well - have you ever tried to actually draw a full length sword from your back?

It is good as a concept, as carrying swords on your back gets them out of the way for most day to day tasks, but unless you are Dhalsim from the Streetfighter series with extra long,yoga stretchy arms that defy physics, you will find that it is almost impossible to actually clear the blade from the sheathe..

Current Replicas on the Market

Marvel, now owned by Disney, is not a company that is interested in producing official replicas of any type of potential 'weapon' - however several unlicensed (and technically illegal) replicas have and continue to pop up with the release of the movies - with varying degrees of accuracy to the movie swords.. 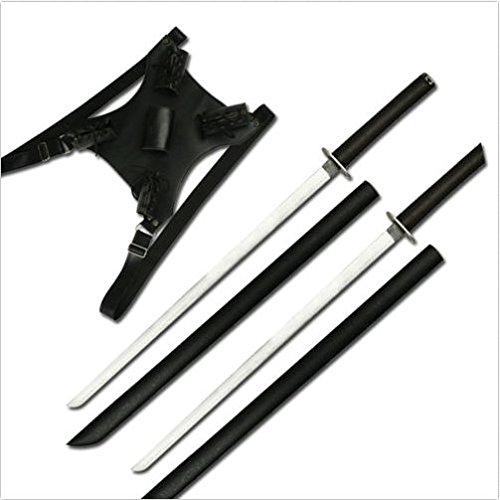 Without exemption, these swords are purely decorative wall hanger swords that are poorly constructed and totally unsuitable even for casually swinging the things around. And worse still, very few can actually be properly mounted on the back for cosplay, etc (though as many are really basically one handed, short length Wakizashi - they are easy to draw from the back).

As such,if you are a dead set Deadpool fan - you are actually better off buying some tactical style Katana or Ko Katana and creating your own back mounted system as shown clearly in the DIY video below.

For a tough, no-nonsense blade that can be drawn from the back and is tough enough to smash through concrete blocks without being damaged, check out our own Tactical Ko Katana from Scorpion Swords LLC..

In summary, the current replicas available on the market are not really very good.All are extremely cheap, machine made unofficial replicas of dubious quality and pay but mere lip service to the actual swords seen in the Deadpool movies.

Which is a shame, as the movie swords look pretty cool - but that is often the way for movie replicas, especially unofficial, generic replicas.

I hope this information on Deadpool Swords has been helpful. To return to TV & Movie Replica Swords: the Facts of the Fiction from Deadpool Swords, click here