While this may not have been the best quality Falchion around - the Deepeeka Brass Hilt Falchion was certainly one of the cheapest...

There is very little or no positive knowledge concerning the falchion (or 'fauchon') except that it's a sword of the middle ages, and it is usually represented with a broad curved blade widest near the point; the back of the blade may be straight, curved or 'clipped' as in the one I reviewed here.

The reason I choose this falchion from the KultofAthena.Com was its price. There are not much reference about historical falchion so price became my greatest consideration.. Besides, what could go wrong with 50+ bucks purchase, I thought. Pretty much nothing was mentioned about this sword in the KoA site as far as I can recalled (the site is down now, so I couldn't confirmed).


Some Stats of the Falchion 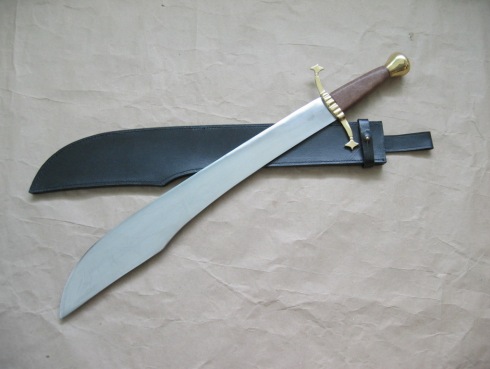 The constructions of the falchion is rock solid, and the entire sword feels as though it was 'forged from a single piece of iron'!

Later, while re-working on the grip, I also noticed 2 cracks of slightly more than 1" on the wood core - one on either side of it as can be seen here... 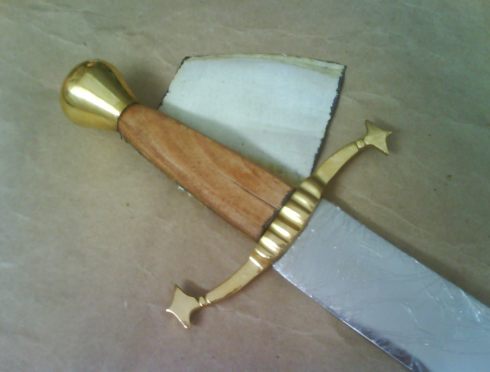 The highly polished carbon steel blade is stout & hefty, and constitutes the majority of the sword weight. It is unfortunate that there isn't any fuller on the blade to shed off some of this weight. 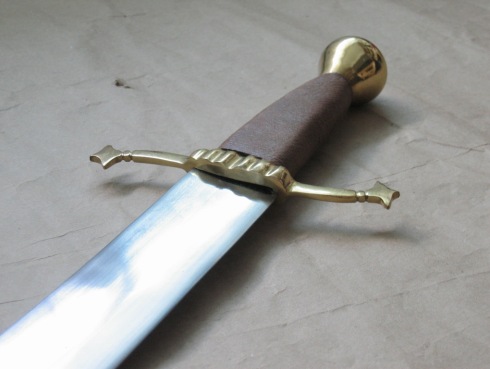 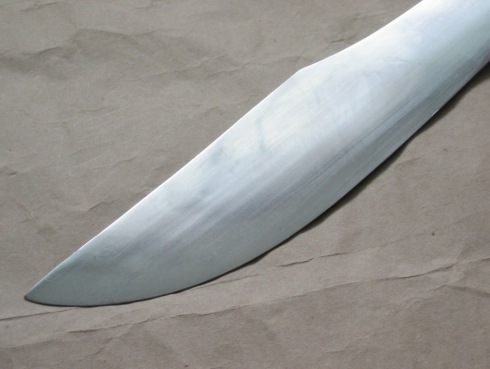 The wooden grip was originally wrapped in a black smooth leather (or leather-like material). However, for possible reasons noted above, this leather gave way along the seam of its joint, thereby exposing the wooden core... 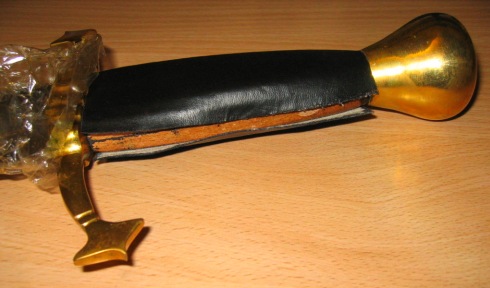 I tried gluing it back, but the leather appeared to have somewhat 'shrunk' & still revealed part of the wooden core underneath! I was dismayed.. but 'what do you expect for a sword of this price!'.. (as retorted by the KultofAthena Sales Rep when I feedback to them of the problem!) Ha..

It was until recently that I manage to get hold of some leather and decided to try my hands on doing the re-work; here's the outcome... 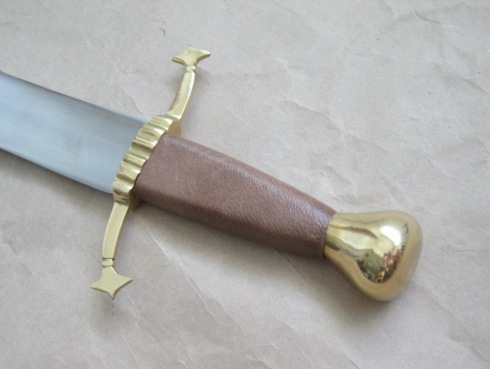 THE POMMEL AND GUARD

Both these fittings come in brass (or, plated brass??). I did not see any traces of the carbon steel tang on the pommel end, hinting that the pommel could be screwed on and then epoxied tight. 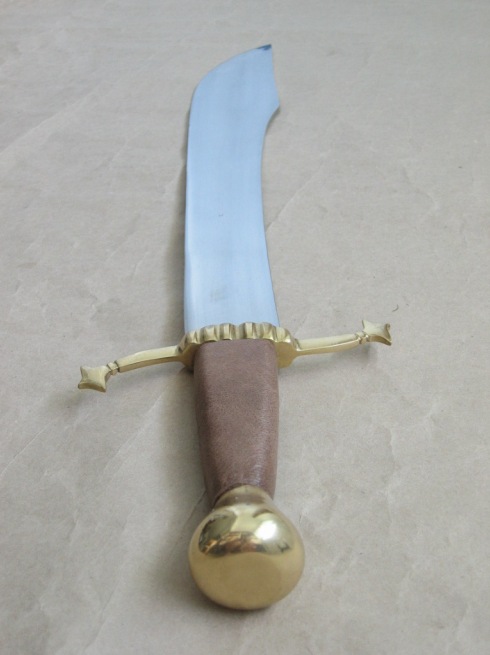 Nevertheless, the pommel is rather well done and do not have any visible scratches on its surface. Closeup of the brass guard... 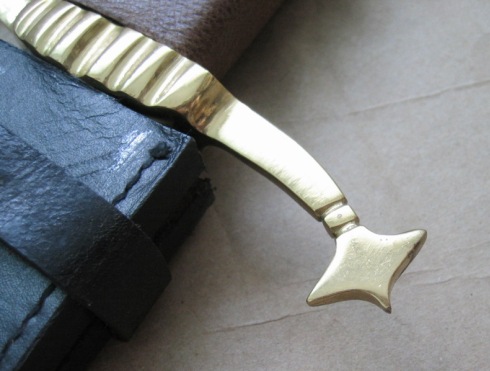 The black heavy leather scabbard is designed with side slit opening in order to accommodate the 'big top' blade such that the blade can simply slide out of the scabbard. This also quicken the draw in times of need.. 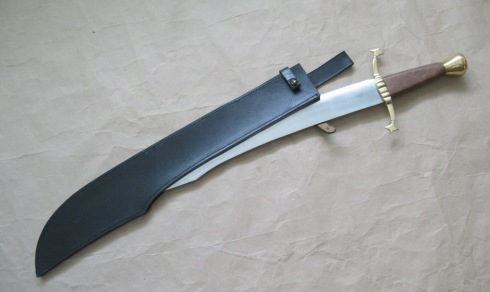 The blade is secured in the scabbard by means of a simple but effective mechanism as shown.. 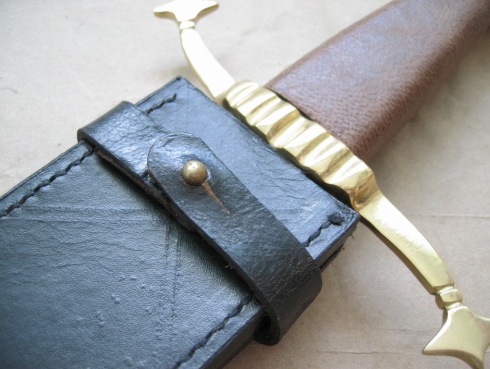 The leather scabbard is also equipped with a belt hook at the back to accommodate the wearer's belt.

Despite the 'about average' finishing and the poor Sales Rep attitude, the falchion is a good purchase.

While this sword is seemingly discontinued by Deepeeka, and is listed at Kult of Athena as no longer available - as there are so few reviews of Deepeeka swords online, it was worth adding to SBG to further the general knowledge base for these swords.

Personally, it's not really my cup of tea - but it seems solid enough and would suggest that while their swords may have some significant cosmetic issues, they are a good source for cheap swords that can be the base for your own customization project.