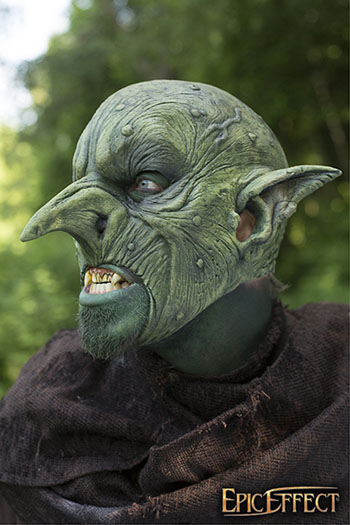 SBG: To start off, please help those of us unenlightened ones – what is “LARPing?”

Epic Armoury: Larping is different for everyone, for some it is acting and others fighting and some it is all about the costume. But basically, every larp enables you to create a character and to play that character the way you see fit. Your character then interacts with other characters and the animation team(Game Masters) to create an interpretive, interactive piece of theatre that can last for one event or a lifetime. For some it helps escape our regular mundane lives and for others it is for social interaction. Either way Larping helps bring out your passions and exposes your talents and weaknesses.  ​

Epic Armoury: I would say it goes well beyond that. Pen and paper roleplaying is limited to the people around you and let’s face it some groups have the same players for years and years. Larping also has many other challenges that pen an paper games cannot offer. in Larping you must interact in real time, forcing you to make split second decisions that could mean the life or death of your character and others. Dice offer a roll of chance where larping forces you to make your decision count and on top of that you really must know how to use your spell or they will fail. 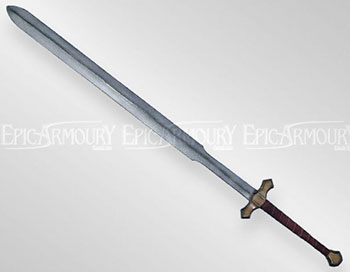 SBG: How did you get involved with LARPing? Can you tell us the story of how it all began?​

Epic Armoury: I began larping about 27 years ago, there were so few around I really didn’t have the chance to choose what style of larp I wanted to play. Today there are so many types of larps, getting started can be a challenge in itself.  To get back to your question, I began larping because of Dungeons & Dragons. In D&D my character wanted to make his own armor but was not allowed to because he did not have the skills to do so. So as any good stubborn Dwarf I decided to show the DM(Dungeon Master) that anyone can do it, so I produced a steel bracer with rounded edges and all and presented it at the next weeks game. The DM gasped and so did the other players and the next thing you know 2 friends and I, were producing them and selling them to friends their friends. I approached the first store in Montreal (since closed) in ’96 with a few products and that was the start of my Armoring business. At this point I was still unaware that Larping existed but less than a year later I was introduced to people who did it. Went to my fist game in shinny scale male and the rest is history.

SBG: What kinds of gear do you sell?​

Epic Armoury: Epic Armoury is a brand based in Denmark, who design and market their gear worldwide. We have been their official North American dealer since 2001. Basically, Epic has put a huge focus on selling everything
a Larper needs from weapons and clothing, pouches and trinkets to adventure and camp gear. We have it all.

SBG: What are your most popular products?​

Epic Armoury: I would say armor and weapons for the most part because usually people start with that but honestly, we sell everything. People just love the gear and the accessibility to it.

SBG: Where are the different products you carry made?​

Epic Armoury: Because Epic Armoury sells to vendors worldwide we had to become very competitive in the market. Lets face it there are some amazing artisans out there that we have to compete against, I should know I used to be one. To be able to distribute to thousands of stores and have a kick ass design and marketing team, we must have our products made elsewhere. Some are made in Germany, Hungary, India and Pakistan and soon some from China. Our team doesn’t stop at design, we are on the floor teaching our production team to ensure our quality remains the same. 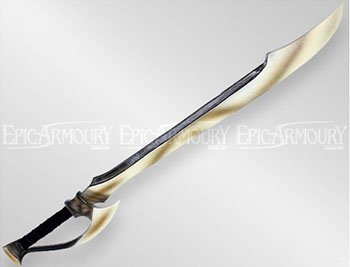 SBG: Can you describe how your LARP “swords” are constructed? How sturdy are they?​

Epic Armoury: You will have to be more specific because we now manufacture three types pf weaponry. The classic Latex, Hybrid, and soon our Stronghold foam injected weapons.​
​
The Classic Latex weaponry is still made by hand. Sheets of foam are cut then glued together around a glass fiber rod with a Kevlar tip. Then cut and shaped into its final form. We then glue a rubber grip and pommel then latex the whole thing. The final touch is color and topcoat before placing the leather wrap
on the grip.​
​
The hybrids are a combination of a polyurethane foam and a latex blade. Sheets of foam are laser cut then glued together around a glass fiber rod with a Kevlar tip. They are still hand sanded into their final shape then comes the latex. The sword blade is dipped into a solution that will activate the latex and give it its predetermined thickness. Then the blade id dipped into the latex bath, thickening up to an even coat over the blade. We then allow to dry then give it its finishing coats of color and varnish. The handle, made from cast polyurethane foam which is then hand painted, some then wrapped in leather
the glued to the fiberglass shaft. ​
​
The Stronghold brand is our latest creation. They are full polyurethane cast weapons made by a fully automated machine. They are weapons that will require no maintenance and are light weight. They are not indestructible but are extremely robust. They have the same fiberglass rod but the rod has a separate polyurethane coating that give the core a near perfect strength.

SBG: Did you encounter any barriers while your business was getting off the ground?​

Epic Armoury: Unfortunately yes, but only because there was a great misunderstanding about why Epic Armoury exists. We were even subject to an attempted boycott to a fair once. We exist because there was a void of affordable gear in the Larp community. Before we existed, there were your typical homemade gear makers or specialized artisans. So, if you were the normal guy who has no artistic talent and a limited budget you were faced by either paying a higher price for quality or wear your mother’s drapes as a
cape. We offered a solution to that which in turn scared artisans and other vendors. The other misconception is that because our gear is made in other countries they automatically assumed that what we had was inferior. This is not true because we train them to make what we want and we design the models. Some of our competition were most probably scared, but in reality, we ended up helping grow the community. All the same vendors still exist and still do their specialty work, they just now make different custom made equipment for seasoned Larpers.

SBG: Can you describe a “typical day” at Epic Armoury?​

Epic Armoury: Fun! We have a blast working here. I mean let’s face it, we get to do what we love with people who are passionate about the game. We are constantly interacting in the society, whether through facebook, helping our stores or vendors or by passing interviews like this. We constantly work with larp organizers and we are on a committee for a Larp partnership program.

SBG: How has Epic Armoury grown since you started?​

Epic Armoury: It has been seriously hard to imagine the growth we have had since we have started. When I first left my armory and construction business to get into this full time, I did it as a personal choice not knowing how far this would actually take me. We went from a tiny vendor to supplying 90 stores in North America and still growing.

SBG: Is your gear specifically for LARPing, or would it also be appropriate for people who want to go to the Renaissance Faire, Comicon, etc?​

Epic Armoury: Our gear fit into so many categories. Yeah for sure people can wear it to any fair or comicon. Mix it up a little by combining it with older costumes and styles. Some people have used our Benedict robes to play
a monk or a Jedi. You are only limited by your own imagination. 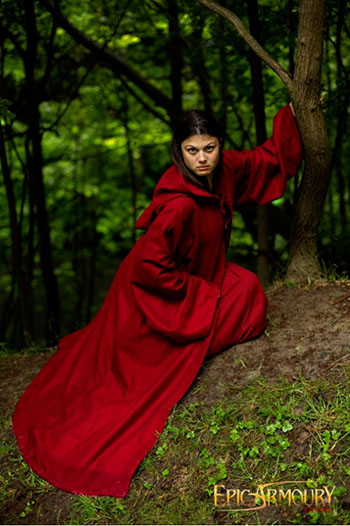 SBG: What are the essential components of a LARP costume/kit?​

Epic Armoury: I would say appropriate footwear and a decent costume that suits your climate. A common mistake that people make in Larps is the wrong footwear, then they get a twisted ankle or blisters. The same goes for
clothing. The wrong clothing makes or breaks the believability of the character or can cause physical injury( loose clothing getting caught in branches) or hypothermia( to hot or too cold will affect your fun).

SBG: How common are LARP groups around the world?​

Epic Armoury: More than you know. Larps come in all styles, vampire, Nordic, medieval fantasy, creature fantasy and sci-fi. There are larps in Mexico, Peru, new Zealand, Russia, Africa and I wouldn’t be surprised the middle East. Each country of coarse has their of level of larping. For example; Europe is about 5-10 years ahead in progressive larping, Canada and Australia come next and the USA is a very close 3rd. Now to be clear, this does not mean one larp is better than another, some just have a more evolved sense of intense larping.  Usually Europe leads the way, somehow, they take larping to the next level, even renting a battleship to do a Battlestar Galactica style larp. They invest a lot into costuming and weapons but we are catching up.

SBG: Finally, what advice would you have for someone who wants to get into LARPing?​

Epic Armoury: Know that everyone is welcome in Larping. There is no discrimination to age, race, gender or handicap. Larps are meant to be inclusive and I have rarely met anyone that had not felt welcome at a larp. What you have to remember about Larps is that you get as much respect as you give and as long as you are polite and have a conscience then you will fit in. If you do not like to fight, no problem they will arrange it for your character to incorporate themselves into the game without the fear. If you are pregnant, they have solutions for that. If you give larping a chance you will find a huge community of friends.