Machetes - the Ultimate Cheap Choppers Put to the test

Cold Steel Machetes have a good reputation for being both very functional and very cheap. And in this review, we take a quick look at three of them being put to use against a rather evil infestation of trees, and find one that is ugly as they come, but truly the mother of all machetes...

I had some mesquite trees to remove, so I decided to fore go the chainsaw and break out the Cold Steel machetes. I had my digital camera and an hour to kill so I documented a bit of it. Here is the story of how these machetes work. 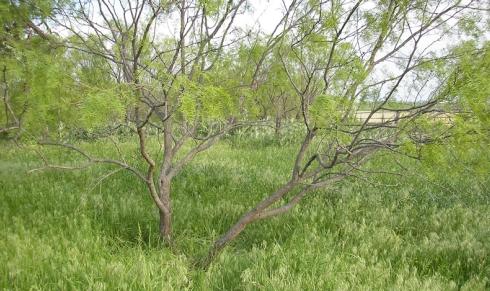 The opponent. An evil mesquite tree...little more than a bush. But don't that innocent demeanor fool you. These are very tenacious and the 2-inch needle-sharp thorns are tipped in mild poison during the spring and summer. 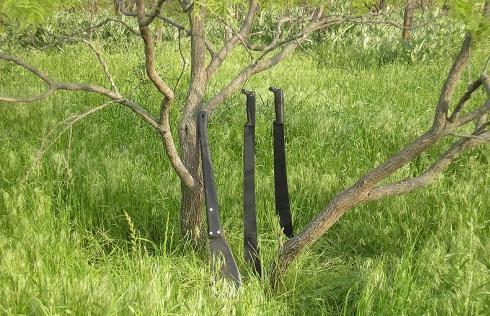 Here are my three Cold Steel machetes posing with their antagonist: 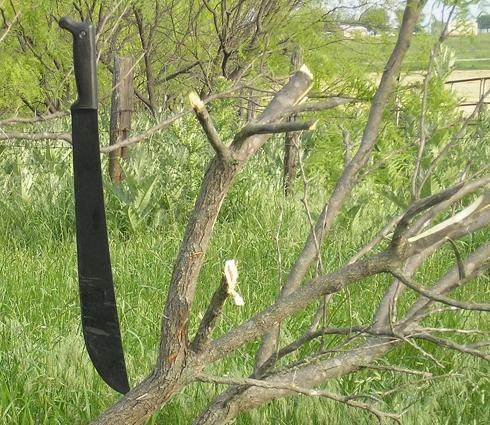 First up was the 18-inch Latin machete. It cut the small branches up to about an inch in diameter cleanly with a single swipe. But for anything thicker several cuts were required. 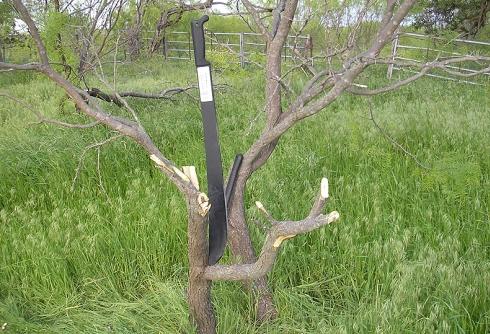 Next was the 24-inch Latin machete. This one turned out to have very badly screwed up temper and hardening on the tip. The part of the blade that curves toward the point is very soft and rolled over to about a 30 degree bend. However, that isn't the part that does the cutting. This 24-incher has almost twice the cutting power of its smaller 18-inch brother. Single hard chops were capable of severing 2-inch limbs every time if I did my part. 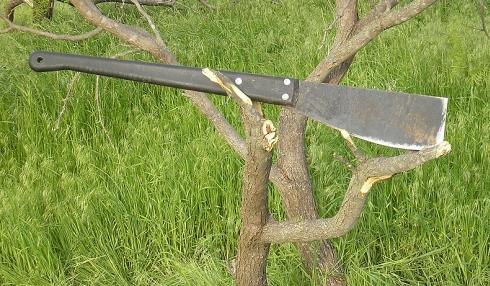 Now we come to the two-hander. This is by far the most awesome machete I have ever seen. It is ugly in the extreme, but its functionality is without equal. I've had this one for about a year and it has seen heavy use among the dirt and rocks, but it has proven to be as durable as it is powerful. 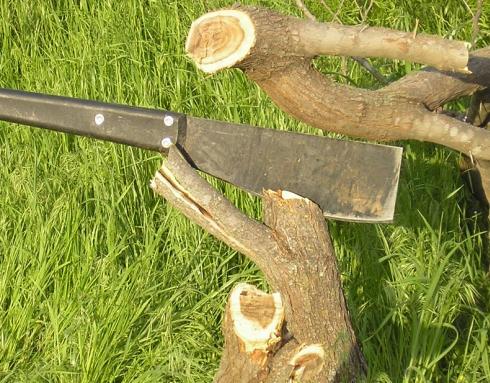 It handles like a big machete but cuts like a woodsman's axe. That's a four inch tree trunk it's sunk into. The exterior is a light colored medium wood, but the heartwood almost matches oak for hardness. This trunk required 3 primary chopping cuts, with a wedge-removal cut between each. THAT is a lot of cutting power for a machete!

Just thought folks might like to see how these perform out in the wilds. I can recommend them quite highly. The Latin models even come with a very nice ballistic nylon scabbard. And the price just can't be beat.

Cold Steels experiment with unique machete was not the commercial hit they were hoping for - and seemingly did not quite capture the machete buying public's imagination as much as they had hoped as well.

As a result, the only surviving blade from this line up is a short-hafted version of the long-hafted machete called the 'Heavy Machete' and some Kukris.. 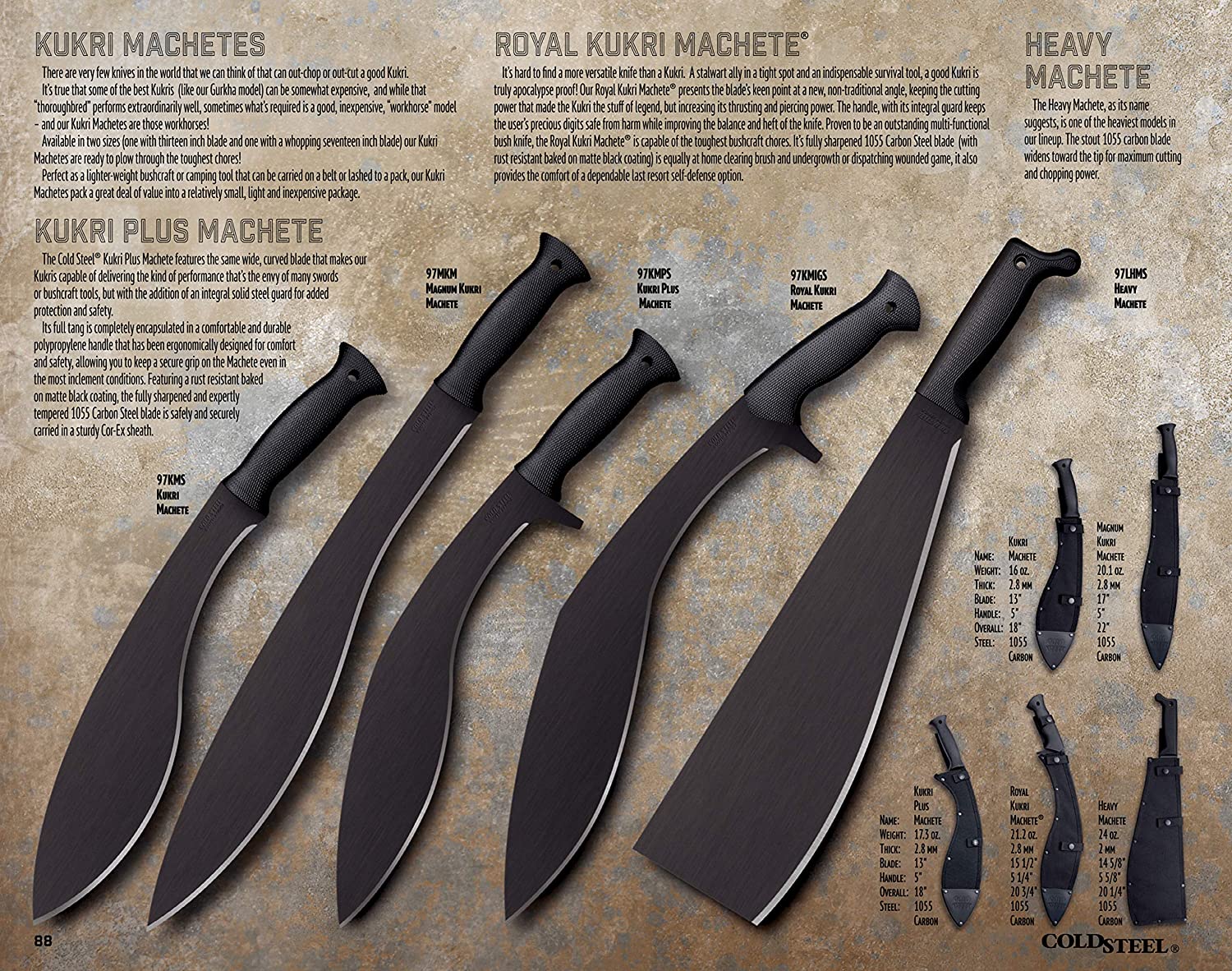 The 'Heavy Machete' (pictured right of the Kukris) for $35 at Amazon.com

Makes more sense I suppose, but the longer one looked like it was fun (and the Kukri, well, always hard to go wrong with a Kukri..!)

I hope these tests of Cold Steel Machetes has been helpful. To return to Slicers, Scimitars and Choppers, from Machetes  the Ultimate Cheap Choppers Put to the test, click here