Also known as a Great Sword of War or Great Warsword, these were powerful cutting swords with a wide blade and single or multiple fullers running 1/2 the length of the blade terminating in a rounded or spatulate tip. A popular sword in use from the middle of the 13th to the latter half of the 14th centuries - and adopted by the Scottish in their wars against the English from the 15th to the 18th centuries in the form of the claidheamh-mór commonly (but mistakenly) known as a 'Claymore'. 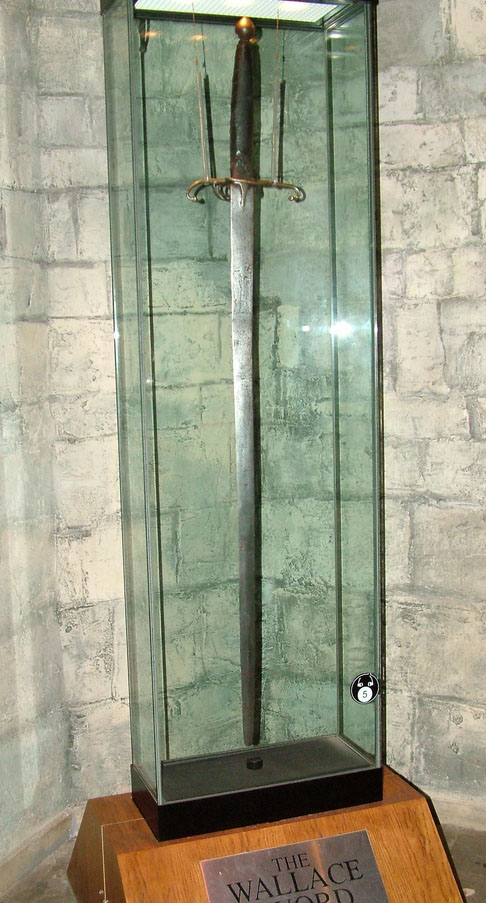 The Wallace Sword a Type XIIIa

A powerful two handed cutting sword, Oakeshott Type XIIIa Swords are easily identified by the long, wide blade that has edges that swell slightly at the base, and run parallel before terminating in a spatulate tip.

While it could certainly be used to thrust, it is clear from the blade geometry that it is a dedicated cutter and would have been a terror to behold on the medieval battlefield, with a single blow quite capable of severing limbs or beheading an opponent.

There are quite a few extant examples of the Type XIIIa in museums and private collections- one of the most famous being the Wallace Sword attributed to William Wallace (pictured) but my favorite would have to be a XIIIa dated to around 1350 that was found for sale in a New Zealand junk shop..!

Quite a find for the new owner (as it is now in a private collection) and gives us all hope that you just never know what that sword you bought at a yard sale might actually be worth (of course, 99% of the time, the answer is - pretty much what you paid for it. But we all live in hope)..

Unlike it parent type, the XIII - of which there are literally NO reproductions available on the market - for the sub-type there are quite a few options.And many of them are quite historically accurate..

Here are three of the best.

Designed by the legendary modern day sword maker, Michael 'Tinker' Pearce and created at the Hanwei Forge, the Great Sword of War is an excellent and faithful recreation of a Type XIIIa - with exceptional handling characteristics and harmonically balanced - making it quite the bargain for under $300..

Based on a Type XIIIa found in the river Thames, the Two Handed Templar Sword by Darksword Armory is another excellent example of a Great Sword of War at the mid range price point, though by the time these swords were prominent on the battlefield, the Templars were already in decline..

Getting up there in price, but also in quality, is the semi-custom Type XIIIa sword by Lockwood Swords - made to order with your choice of handle wrap color. Despite having a slightly longer blade that the previous two examples, it is nearly 6oz lighter, so makes for a faster, more responsive sword overall.

While the swords above date largely to the 13th and 14th centuries, the Scottish continued the use of the Type XIIIa in the form of their claidheamh-mór Great Sword of War, which is mistakenly often referred to as a 'Claymore' (a Claymore is actually a later basket hilt broadsword).

Almost all manufacturers make a version of this popular XIIIa sub type, but our personal favorite would have to be the entry level version by the Hanwei Forge reviewed on our site here which has excellent handling characteristics and is as tough as nails to boot! 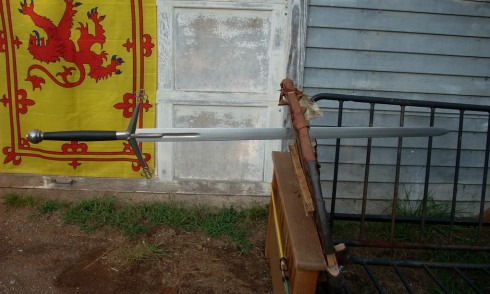 MyArmory has an excellent in depth article on Type XIII swords - which includes the XIIIa sub-type - here which explains their history and lists some high end reproductions and images of actual antiques.

And for those of you interested in the Scottish Great Swords of War, check out this fantastic example which sold for over a quarter of million dollars..