An knightly arming sword that specialized in the cut and was primarily used to devastating effect from horseback against maille clad footsoldiers that developed from the earlier Type XI. Identifiable by a blade whose edges run parallel before terminating suddenly in a spatulate tip and a shorter fuller, providing a wide shearing surface for cutting. Was relatively rare and quite specialized. 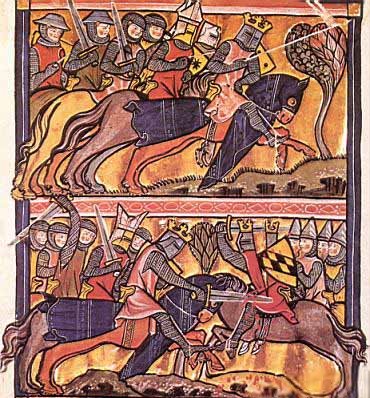 The Oakeshott Type XIIIb sword is a one handed arming sword designed to combat the rise of heavier armors used by foot-soldiers on the battlefields of the 13th and 14th centuries.

While some sword makers developed swords that emphasized the thrust to pierce maille and other heavier armors that were starting to dominate the battlefield, Oakeshott Type XIIIb swords went in a different direction, and attempted to improve the cutting ability of the blade by widening it at the base, using a half length fuller, and optimizing the cutting surface at the center of percussion to shear through armor and tear into the flesh and bone beneath.

As the whole approach of these swords was cutting, the tip was spatulate in shape and the edges nearly parallel until the tip, swelling slightly at the base - but otherwise nearly completely straight.

Primarily used by mounted knights from horseback, a slash from one of these swords was devastatingly effective, tearing through maille armor and scattering foot-soldiers in its wake. 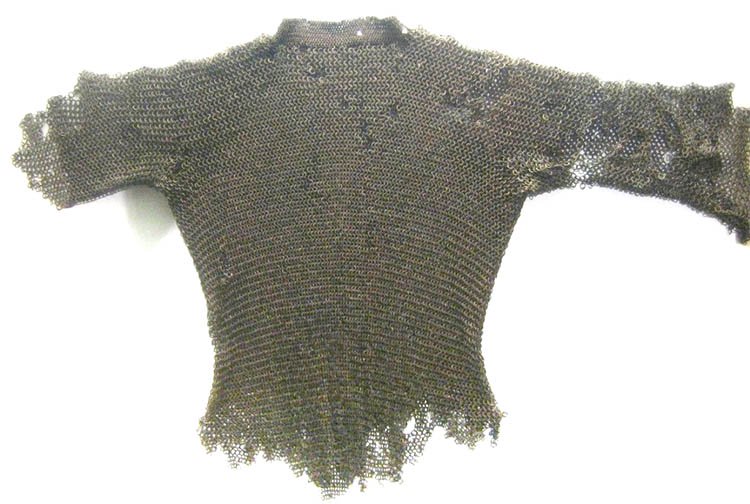 Surviving examples of original swords from Type XIIIb are very rare, and consequently replicas of this sub type are also correspondingly rare.

But whether by accident or design, some entry level manufacturers have come close - but to really nail this design, it is necessary to look to the high end of the market.

The double fuller is a little too long, but the Deepeeka Medieval Cruciform Pommel sword is pretty close to a Type XIIIb - double fuller, variant of a type 6 or 7 hilt, and the wide almost parallel blade ending with a spatulate tip.

With so few replicas of the Type XIIIb on the market, it is necessary to step outside of the budget we are trying to stick too.

But when it comes to historical accuracy, nothing can compare to the Albion Tritonia - which is a true Type XIIIb and an exacting replica based on the original which is now housed in the National Museum, Stockholm. 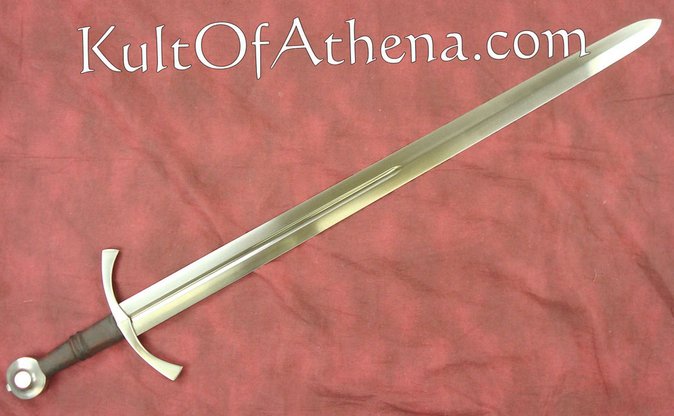 Another exceptional replica of an Oakeshott type XIIIB and also made in the USA (but by actual forging rather than stock removal) the Grunwald Sword by Arms & Armor delivers a lot of value at its relatively modest price point.

MyArmory has an excellent in depth article on the parent type Type XIII swords here which explains their history and lists some high end reproductions and images of actual antiques. It does not go into too much depth regarding the sub-type, but it does show some historical XIIIb.