The kind of sword that St. George might have equipped himself with to slay a dragon. Powerfully built and usually with no or a short fuller, these hexagonal cross sectioned blades were used to take an all types of armor, often being used to cause impact damage and crack armor as well as pierce it at the weak points with a direct thrust or even a full force swipe. Used from the mid 14th to the early 15th century with the most famous example based on a sword found in the River Ouse. 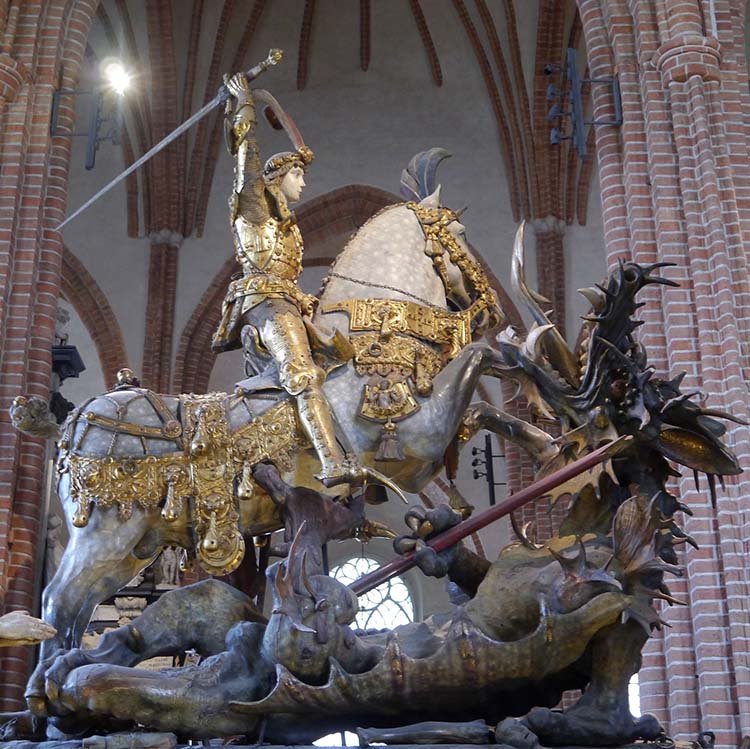 The Oakeshott Type XVII swords are what many people imagine when they think of big, bad two handed knightly swords - or the kind of swords said knights would use to slay dragons and rescue fair damsels in distress. Strong enough to punch through the weak points or crack the hardened points of plate armor, effectively often bashing their armored up opponent senseless before delivering a final coup de grace

As such, in many respects, the Type XVII swords served a similar function to warhammers or maces, but these huge swords also had a serviceable edge and could do horrific damage to a lightly armored combatant.. And while they could not cut through plate armor, with a decent reinforced hexagonal profiled edge they would bite into it enough to ensure the shock and force of the incoming blow was delivered directly to the target beneath, not dissipated on the surface - often cracking or otherwise damaging the armors overall structural integrity.

Naturally the same principle applied to thrusts, which could on a well timed strike with full force and the opponents momentum against them, impale them punching through the armor..

There are quite a few Type XVII swords in museums and private collections, and they were clearly a popular sword of the era, appearing frequently on statues, effigies and art of the 14th and 15th centuries and depicted in the hands of hero's and, Dragon slaying St. George..

Probably the most popular replica of a Type XVII was the so called "Lady Ash" sword by Angus Trim - though it was a limited edition run and so now is only available on the secondary sword market.. 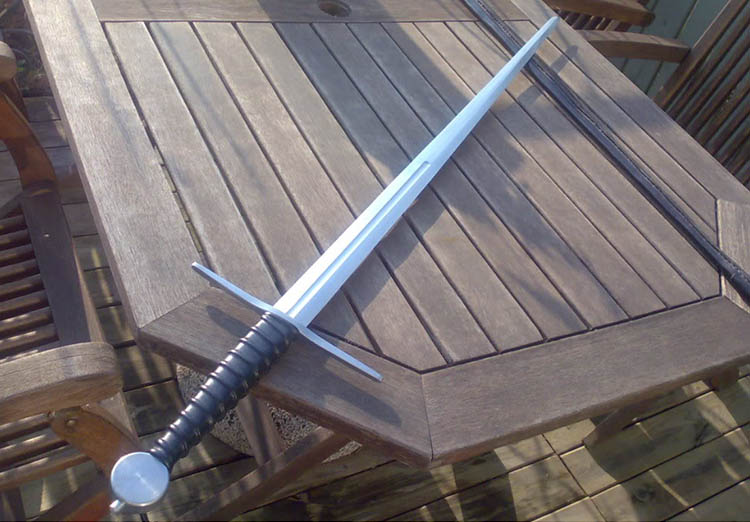 Most, though not all, other modern replicas of Type XVII swords are based on a famous historical sword found in the River Ouse in Yorkshire, the United Kingdom.

However, as there really are not that many replicas to choose from, this single example tends to be the most commonly replicated - with varying levels of accuracy and varying price points.

Cold Steel has an excellent example of a Type XVII in their Italian Longsword, complete with a type T4 pommel and type 6 hand guard. The blade profile is not quite right in that it has a diamond profile and is not hexagonal, but for under $250 it ticks all the other boxes so can (and must) be overlooked.

While the blackened blades of the 'Battlecry!' series by Windlass Steelcrafts may not be to everyone's taste, this sword is based on an earlier discontinued sword called the 'River Ouse' sword and is their own take on the famous historical original.

Once again based on the River Ouse sword, Albion's contribution is almost a perfect replica of a type XVII - though once again, the hexagonal cross section is missing. But otherwise, it is an exceptional example and the best currently on the market.

MyArmory has an excellent in depth article on Type XVII swords here which explains their history and lists some high end reproductions and images of actual antiques.