Germanic Longsword: Hollow ground, diamond cross sectional blade with a reinforced tip - this Longsword type is well balanced between cut and thrust and often features a waisted grip. A later period medieval sword used between the mid 15th to the early 16th century that was especially popular in Germany. 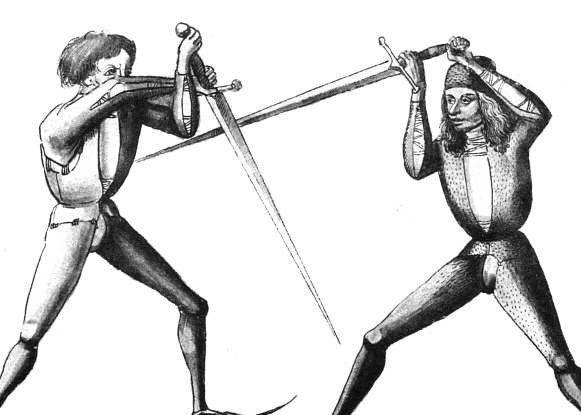 Oakeshott Type XVIIIb Swords were two handed swords with slender diamond profile or hollow ground blades shaped like a spike. Such a sword is obviously going to be deadly effective in the thrust, but is wide enough at the center of percussion, the point where most cuts make contact with the target, to cut with authority, making it extremely versatile.

Historical XVIIIb swords were nimble, extremely precise weapons and swordsman proficient in their use could literally make the blade sing as it slashed and darted through the air at speed. Widely used and most popular in what is modern day Germany, their preciseness probably appealed to the stereotypical German character, and while there are Type XVIIIb found outside of Germany, the vast majority were purely Germanic in manufacture and use.

While they were often outfitted with straight cross guards and T type scent stopper or type Y fish tail pommels, almost all had an extremely long grip with a distinctive waisted shape.

The Type XVIIIb appeals to modern day sword collectors and the type has been widely replicated by sword manufacturers, especially at the high end of town.

However, there are many good budget and entry level examples - so we will focus on those that we feel represent the best value for money to historical accuracy ratio. 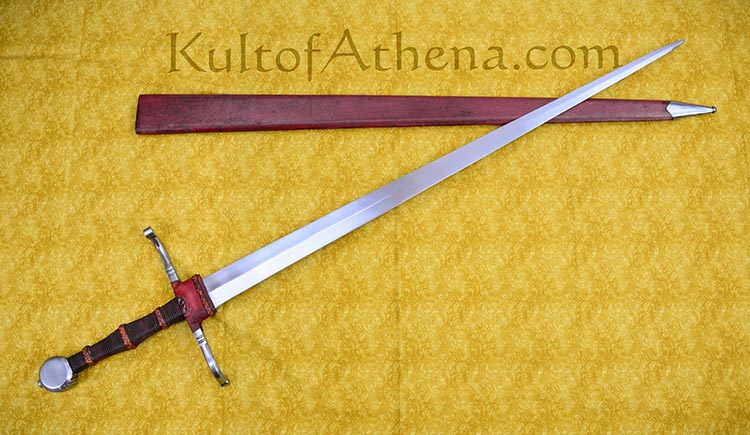 Based on the original housed in the National Museum of Medieval Art in Paris, also known as the Cluny museum, Deepeeka have outdone themselves with this unusually historically accurate version of that famous Type XVIIIb. 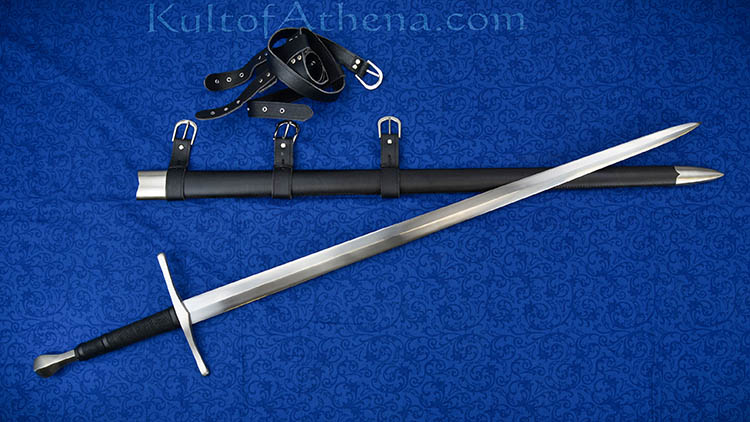 Famously 'ready to cut straight out of the box' Ronin Katana's Euro Sword # 7 is an affordable and fully functional version of the Type XVIIIb, though the hilt lacks the typical waisting of this sword type.

Gothic as in Germanic and not fans of Marilyn Manson or the Cure, Darksword Armory's recreation of a sword currently held at the Landesmuseum, Zurich - the blade profile and stiffness is particularly good for this fully functional replica, though like the Ronin, the hilt should have been waisted as was the original.