A broad bladed Longsword with diamond cross sectioned blade terminating in an armor piercing tip. Similar to the Type XVIIIb but starting with a much wider, distinctive base. Relatively rare and somewhat specialized, was in use throughout most of the 15th century, though developed in the late 14th. 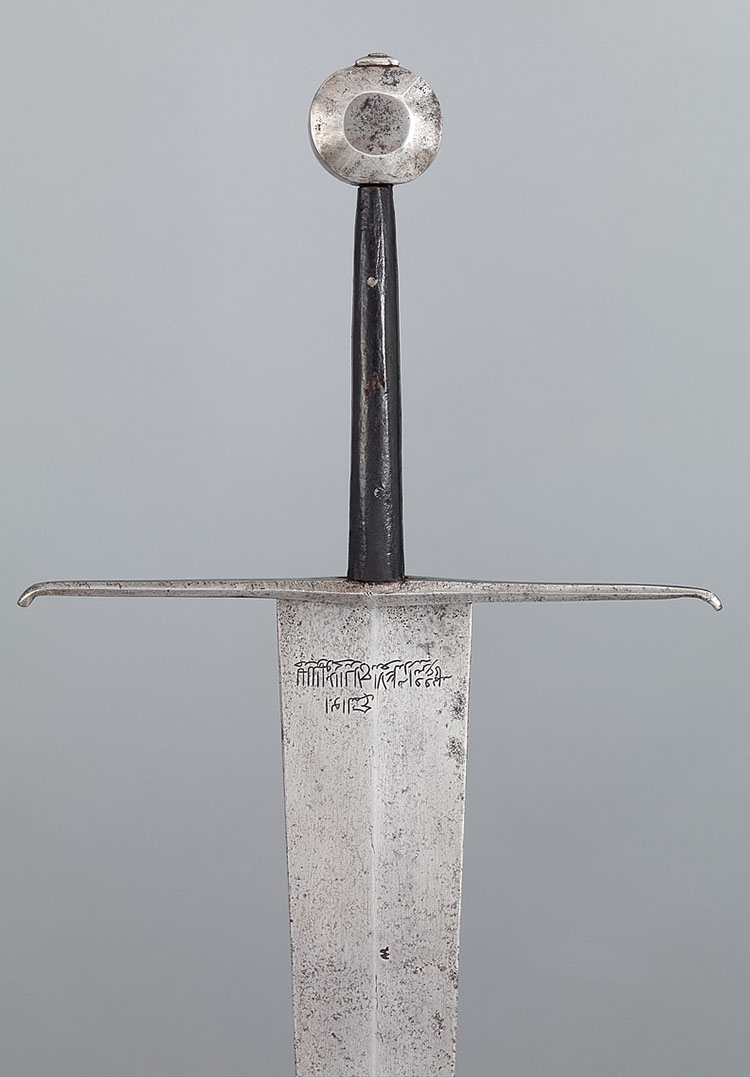 The Oakeshott Type XVIIIc was a relatively rare and specialized sword type, similar to the Germanic XVIIIb in many respects and in use in the same period, but with a significantly wider starting point for the blade.

While they were big swords, they handled a lot better than they might at first appear to, and were often used in such a way that no matter how the blade angled, the point stayed stationary - pointed directly at an opponent and daring them to close the gap.. Naturally with such a point, even a casual thrust would be devastating, but it was no slouch in the cut either - having all the benefits a wide and thin blade can offer.

Almost all surviving examples come from a single source, the Arsenal of Alexandria - where many medieval European swords were gifted to the Mamluk rulers of Egypt to seal the peace treaty of 1414 (though the peace, unlike the swords, only lasted 10 years).

As it was a relatively rare sword type, with few extant examples other than those salvaged from the Arsenal of Alexandria (and its recently rediscovered twin, the Harriet Dean Sword), there are correspondingly few replicas available on the sword market - and those replicas that are not surprisingly are based on a single example. 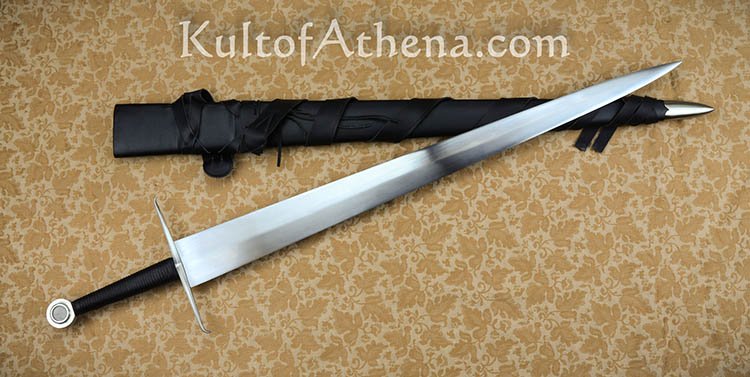 A faithful, and affordable, replica of the famous Alexandria swords twin, the Harriet Dean Sword - the only criticism is that the balance could be improved with a bigger and more substantial pommel. But otherwise, it is an excellent and fully functional replica, with a limited edition version available with the Arabic inscription etched on the blade that was added to the sword when it was added to the arsenal.

For those for whom perfect balance and an exacting replica are important, there is no other sword for you than the Albion Alexandria. This premium quality sword is truly stunning, and the best recreation of the original historic sword currently on the market.

Based on an Italian design, the Principe offers collectors a less austere, more flamboyantly styled sword and an alternative choice to the Alexandria and demonstrates that it was not the only version of an Oakeshott Type XVIIIc.

You can also read an interesting article here in 'the nerdist' about the Harriet Dean Sword which disappeared in 1943 and resurfaced in 2016 in Texas of all places, whose re-discovery inspired Ronin Katana's Chris Scoggin (a native Texan) to replicate it with their Euro Sword # 3.