Pirates of the Caribbean Swords

In many ways, the official pirates of the Caribbean swords were a big disappointment.

Before they were released, there were rumblings that the final product was to be a functional replica, but instead it turned out there was a change of heart at the last minute - and it ended up like so many other movie swords..

Nothing more than a decorative wallhanger - and at around $279 an expensive one at that (though I'll admit, it did come with a decent display case)... 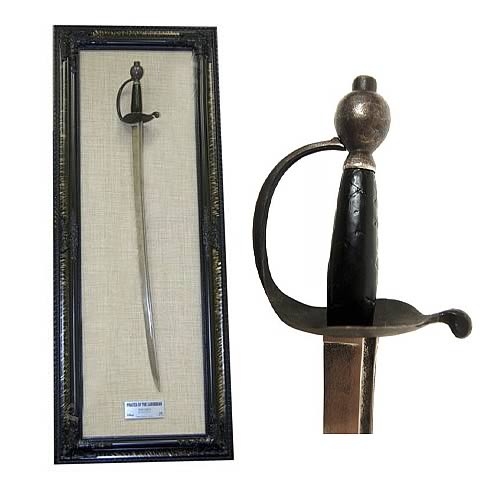 I suppose for their intended purpose as movie collectibles, the limited edition Pirates of the Caribbean Swords, of which supposedly 3,000 were made, but I don't think they hit the target, did kind of fit the part and it does look quite similar to the one wielded by Jack Sparrow sword in the movie.

However, I am of the firm opinion that a non functional display sword is a bit hokey. After all, with no substance to it, you might as well save yourself $220 and pick up one of the much cheaper Jack Sparrow Swords like this one, which is - at least as functionality goes - is no different than the official version (and unlike the official version, which seemed to become discontinued not so long after the movie came out, is still doing the rounds).

Sorry guys, but while the movie was a pretty good swashbuckling adventure, the replica Jack Sparrow swords are less functional than a mop you might have used to swab the decks with...