If you are looking for reasonably priced and historically accurate Spartan swords, the best value for money piece is undoubtedly the Spartan Lakonian by Windlass Steelcrafts (pictured below). 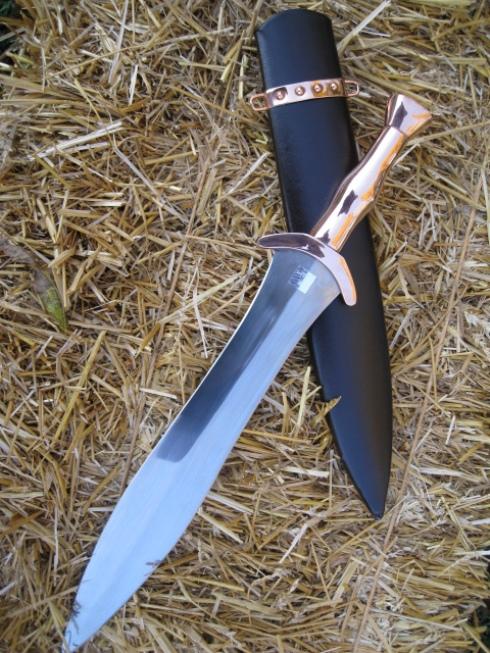 In many respects, this is perhaps Windlasses most accurate replica of an ancient, pre-medieval sword. Though to be perfectly honest, at first glance the 14" blade seems just a little too, well, short...

Interestingly, such an observation was made by the ancient Athenians who often taunted the Spartans on the preferred lengths of their swords, saying they were so short that "a juggler could swallow them". And who could forget the famous old tale of a Greek son complaining to his mother that his sword was too short, where she dryly retorted for him to step forward to it...

The Spartan penchant for fighting with blades from 12 to 15" long is best summed up by Nicholas Sekunda in his book "The Spartans" where he explains:

The sword was probably shortened to make it handier in the crush which ensued when the two phalanx lines met. Normal Greek swords were medium-sized cut and thrust weapons. When the spear was broken, they would normally be used overhand to slash at the head of the opponent.

The sword was shortened in order to encourage the Lakedaimonian warrior to use more effective thrusting attacks at the trunk and groin of his opponent. Such attacks would have been especially effective when the armies opposing the Lakedaimons had started to discard their body armour too.

Regardless of the reasons for using such a short sword, the Spartan swords produced by Windlass Steelcrafts were copied from the book "The Spartan Army" and have a properly proportioned blade, a bronze grip, a simple and practical scabbard and in short (pardon the pun) are pretty much right on the money from an archeological point of view.

But what about from a practical point of view? How do these Spartan swords stack up?

To answer this question, lets take a hands on look by our resident short sword reviewer, Richard Williams. 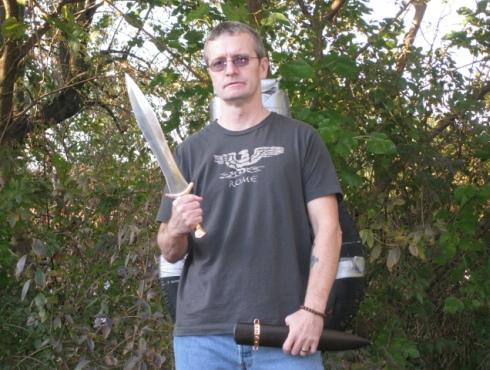 Vendors description; "This version of the Lakonian short sword was copied from the book The Spartan Army. The Spartan army was one of the toughest on record. They devoted themselves to being the best of the best. The leaf shaped blade is high carbon steel, grip is bronze. Scabbard is wood covered in leather. 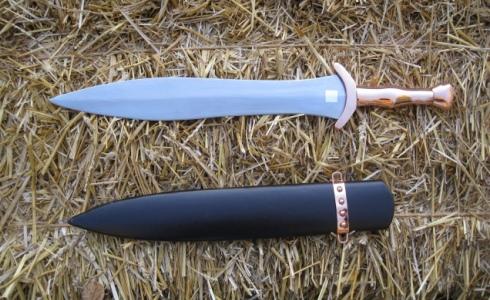 I have considered getting this blade more than once in the past. I like the compact and efficient style of it. Dry handling the blade I found it to feel more substantial than I had expected, a similar feeling I had with my recent Gladiator purchase. Windlass is fast winning me over, to their shorties anyway. 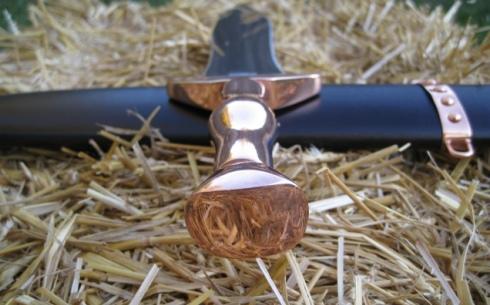 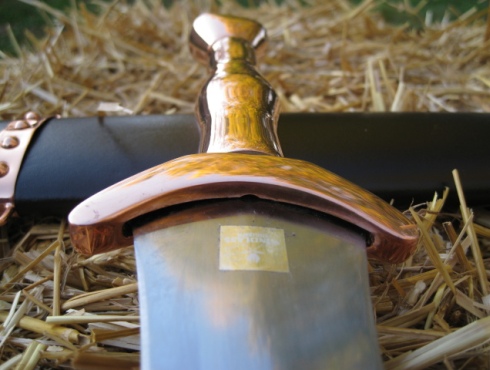 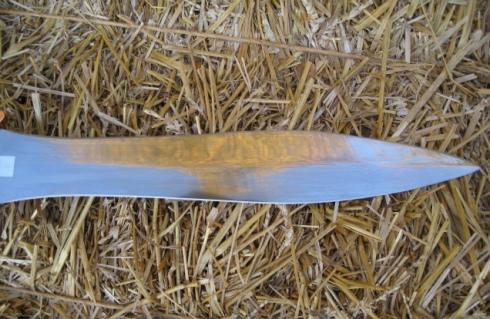 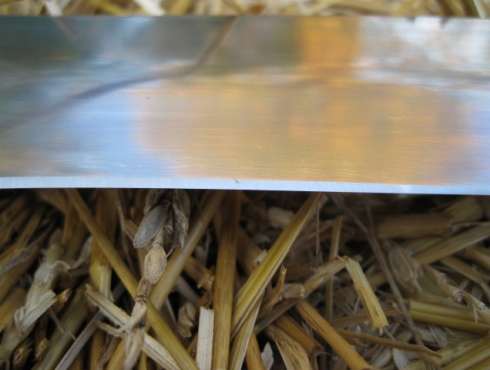 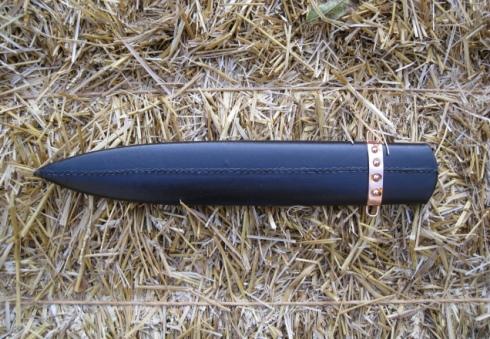 The scabbard fits loose so that the sword will drop out if turned upside down. It could be a bit tighter. I'm also not fond of Windlass penchant for tucking the leather into the mouth of the scabbard thereby placing the leather next to the blade.

VIDEO: Test Cutting (and one heck of a thrust)

Wait for the thrust near the end...

The video speaks for itself, this is an awesome cutter. I was concerned that the round metal grip might be hard to keep a good hold on. I noticed no such problem and was able to keep a good grip through out the cutting session. Also I had thought the length of the blade might detract from the cutting, again a groundless concern as long as I heeded the Spartan mothers advice to step closer to my adversary.

To sum up, I say again, this one exceeded my expectations. If you are considering this one, don't hesitate.

These functional Spartan swords are exclusively available here at Museum Replicas where they go out the door for just US$145. You can save an extra 10% with the SBG/Museum Replicas discount coupon code: SBGVIP

I hope this information on Spartan swords has been helpful. To return to Modern Replicas of Ancient Swords from Spartan Swords - Size Doesn't Matter, click here.