In the history of role-playing video games, it is the one weapon that stands out above all others – for its power, for its distinctiveness, but mostly for being so ridiculously oversized that it immediately became an object of covetous desire for geeks young and old. 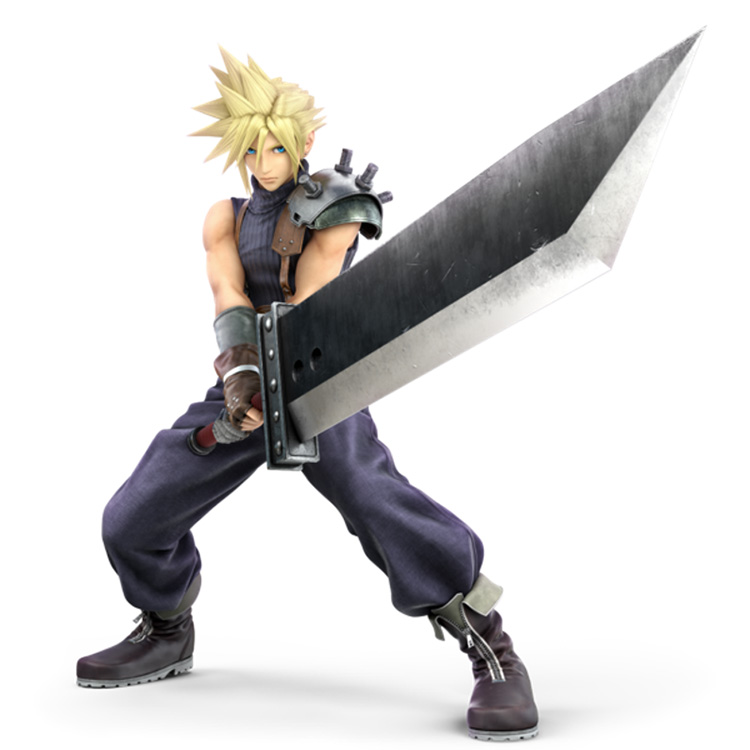 In 1997, the latest installment of the Final Fantasy series, Final Fantasy VII (FFVII), was released on the original Playstation console. This award-winning game – widely acknowledged as one of the greatest video games ever made – swept across the globe with its popularity. FFVII brought console role-playing games into the spotlight with its tale of magic, technology, and rebellion. The story follows Cloud Strife, a mercenary, eco-terrorist, and former supersoldier as he fights to free the planet from the grips of an evil corporation.

Despite how well-made the game was (it was truly innovative for its time), its unlikely the game would entered into the public consciousness to such an incredible degree if Cloud hadn’t been walking around with a sword the size of a sheet of drywall. 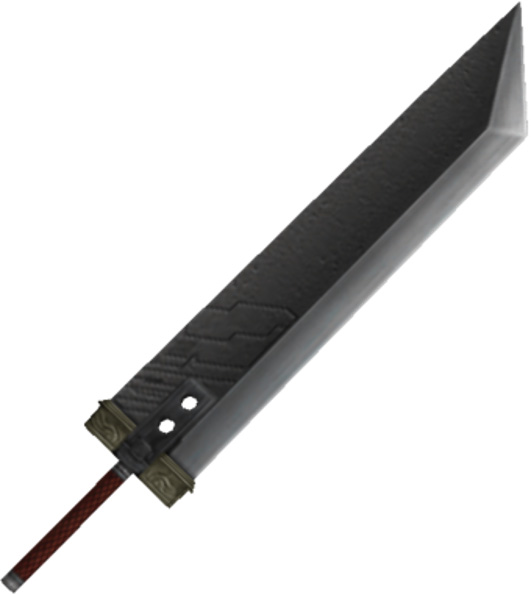 An elegant weapon for a more civilized age

The Buster Sword (as it’s called in the game) is the starting weapon for Cloud Strife. While it isn’t the most powerful weapon he will wield, it is by far the most distinctive and the one most remembered by fans. It is also frequently referenced in memes, reproduced (in light materials such as foam latex) for cosplay, and reproduced (in vast quantities of steel) by smiths and would-be smiths around the world. One of the most famous is the version made by Michael Cthulhu, a blacksmith known for making gigantic swords from video games and other sources of inspiration. Michael’s work has been widely acknowledged, and fans can support him on his Patreon to get exclusive access to his step-by-step build videos here at: 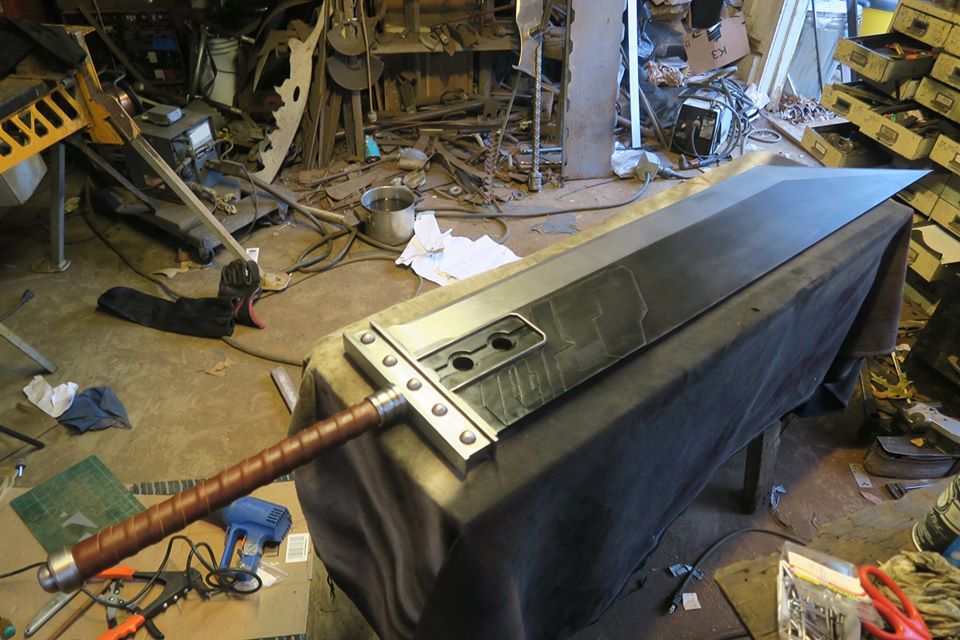 The video of his epic Buster Sword build is below:

There are even some replicas that were for sale, though as this page on SBG mentions those were typically shut down by lawsuits from Final Fantasy’s parent company, SquareEnix.

For a long time the Buster Sword, as popular as it was, remained an object of fantasy – unless you have a pile of steel, a forge, and a lot of patience. However, as FFVII slips further into the past (it came out 23 years ago), some enterprising businesses have skirted the edges of legality and produced stainless-steel versions of the Buster Sword – often for prices well under what you would expect for a sword of this size.

Some even sell them using the “Final Fantasy” name, which seems legally sketchy… yet the websites remain in operation.

One example is this version at Sword Kingdom, which is similar to other versions available on eBay (and even offers a sharpening service, which you should NOT use – a stainless steel sword of that size is structurally suspect enough without being sharpened): 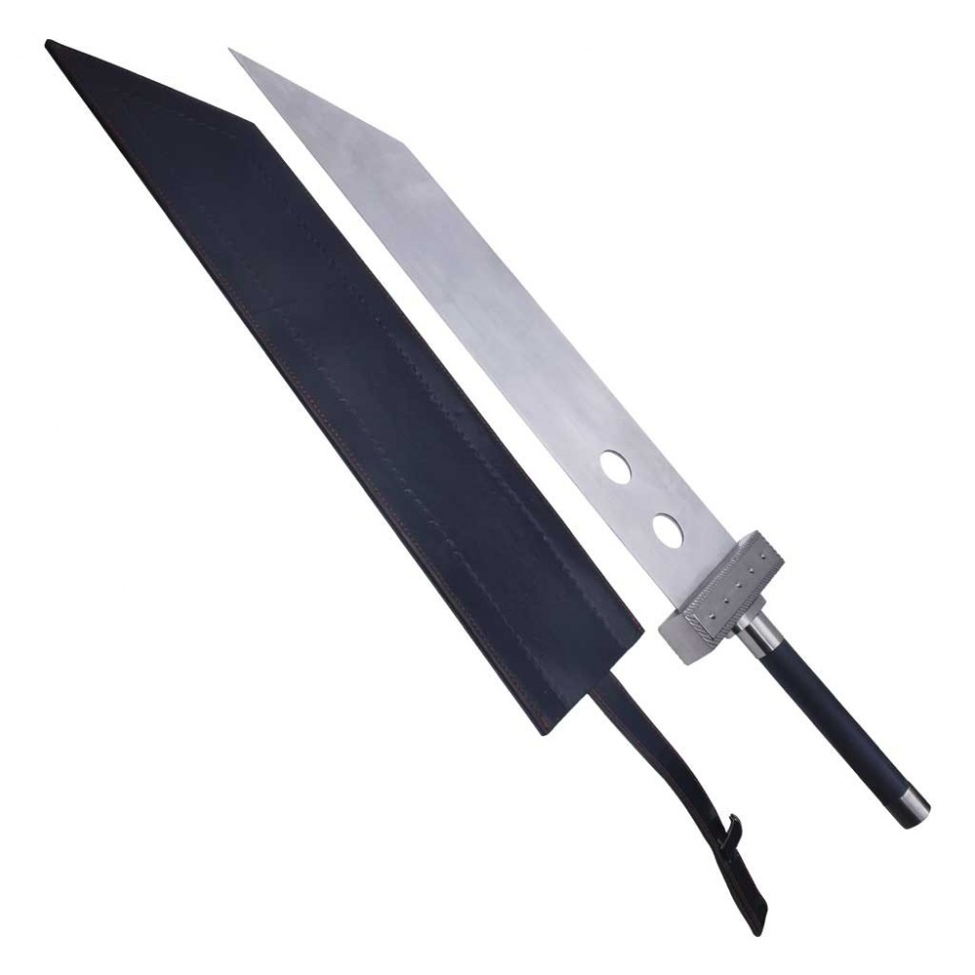 Other versions exist on eBay, but their pedigree remains in question – it’s likely most of these Buster Swords are made in the same location in China, and distributed across the internet in defiance of the large, faceless corporation (which is ironic when you think about it…).

After the video game had passed, several other Final Fantasy games were made featuring new characters on new worlds. Pop culture in general, and the video game world in particular, had seemed to move on. However, in 2005 a sequel came out – not to video game consoles, but on film. 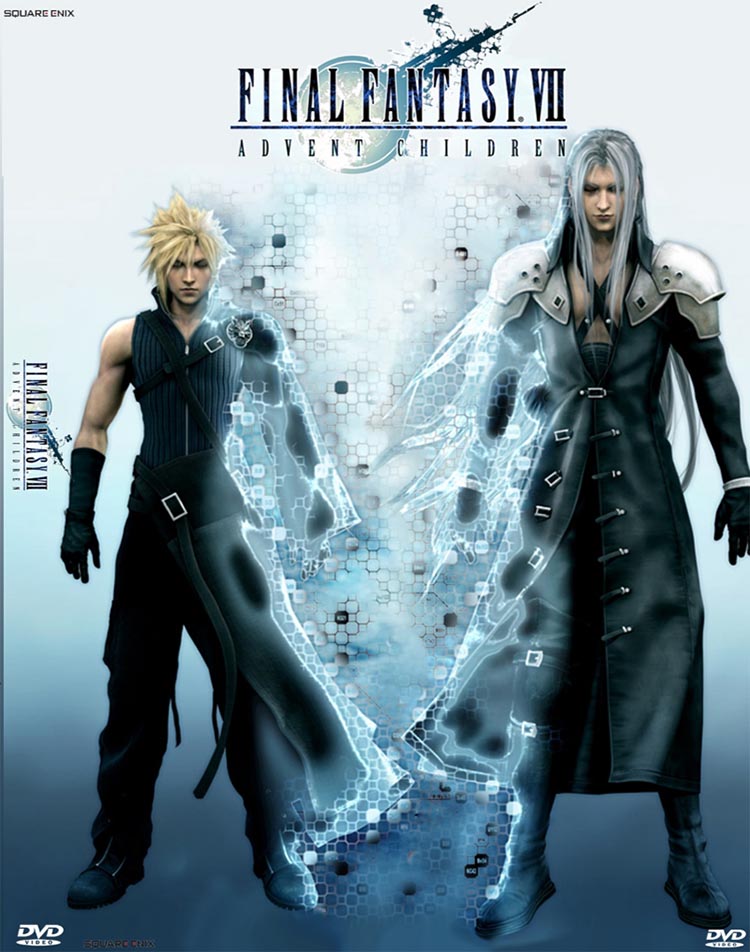 Final Fantasy VII: Advent Children arrived, the first-ever movie sequel for a Final Fantasy game, and continued the story of Cloud Strife and friends while they try and prevent another world-ending disaster. The animation was significantly improved from the video game, and fans of the game were thrilled to see their old favorite characters. Best of all – there were more Buster Sword Shenanigans! 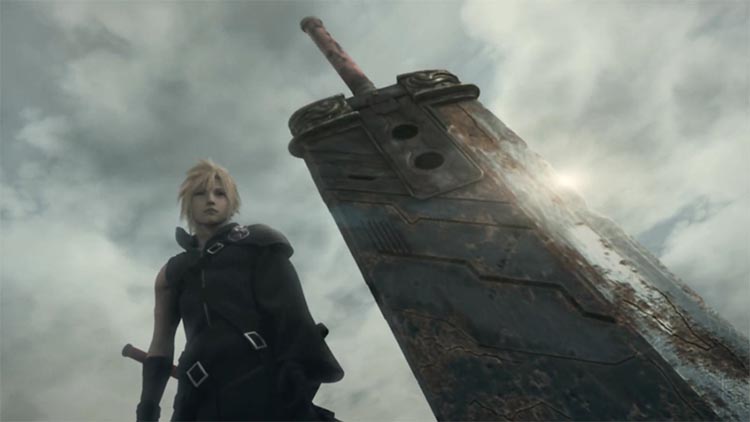 Can you imagine the size of the Shenanigans? 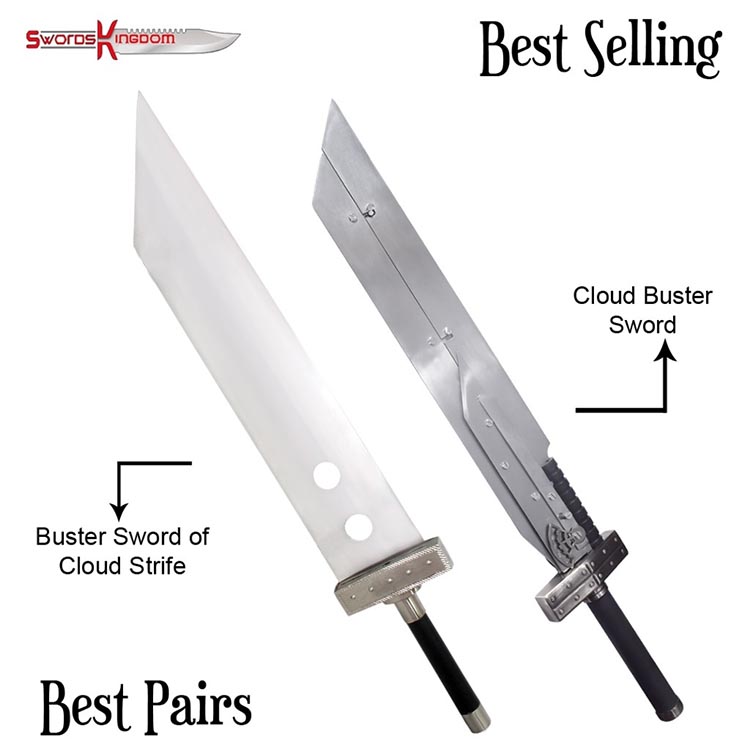 The Advent Children Buster Sword is, as the name suggests, a fusion of several different swords into one unit. While impractical in the real world, in the world in which physics allows people like Cloud Strife to do they things they do while keeping the hairstyles they keep intact, this Fusion Sword is highly useful – allowing the user to separate the different blades to use them in combat.

The separated blades look something like this (taken from an eBay auction): 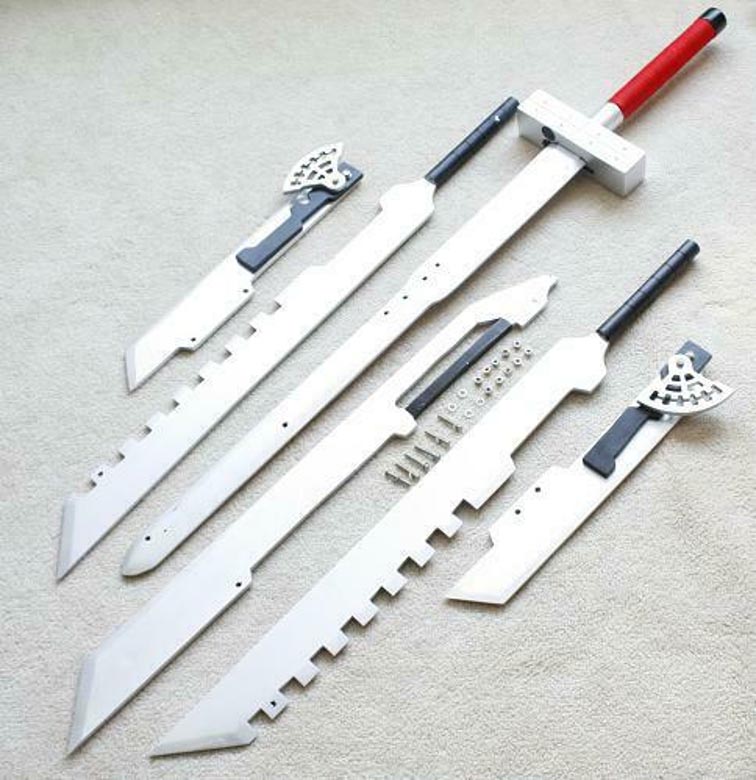 Like we said – seems impractical. But when you watch Cloud with it in action…

(Warning: Spoilers for Advent Children in the video below)

Thanks to video game physics, magic, and above all the “rule of cool” the Fusion Sword/Advent Children Buster Sword is a deadly weapon. But is there anywhere that fans of the Advent Children film can actually get a decent replica? 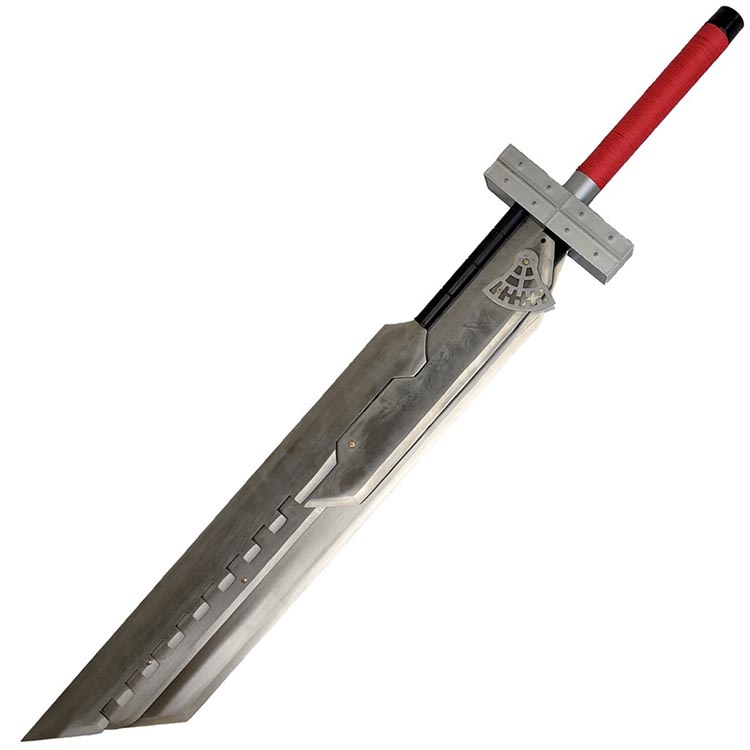 Fire and Steel, a Canadian sword vendor, has a close to full-sized (130cm long, which actually is probably half-size for the movie sword but is actually usable for a regular human being), sells a replica of the Advent Children Buster Sword. And best of all – it actually breaks down into six smaller, usable swords! 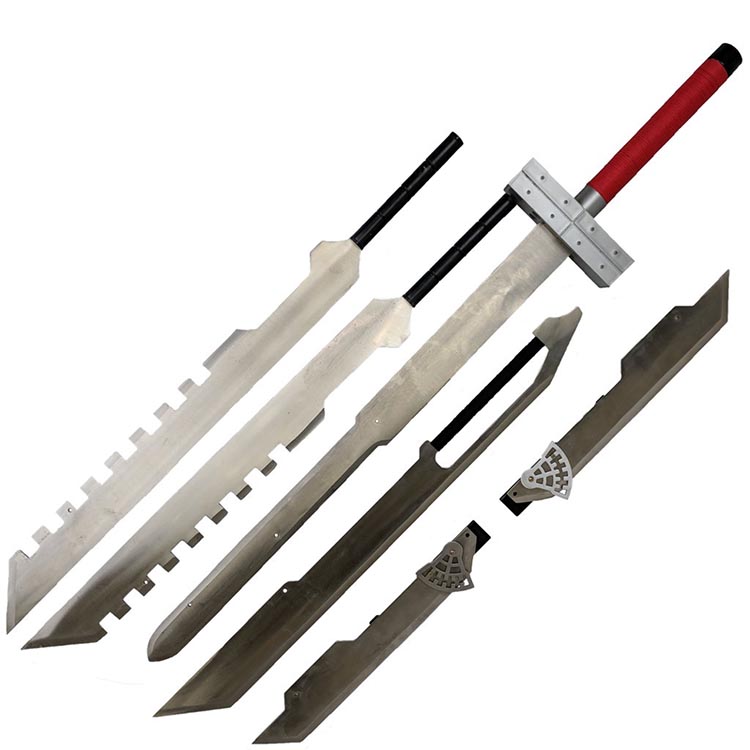 While still a wildly impractical weapon, for fans of the game and film it may actually be worth checking out. Bear in mind that this sword is stainless steel so if you do purchase it PLEASE don’t swing it around – it may be more likely to break apart than normal stainless steel swords, which is saying something.

You can find this replica of the Advent Children Buster Sword here at Amazon.com

While it’s unlikely a real, licensed, battle-ready version of this sword will ever be made it’s fun to look at and to imagine – and, if you’re willing to shell out money for a piece of non-functional stainless steel art, you could be happy with a nonfunctioning replica. In any case, we hope you enjoyed this walk down memory lane and a brief glance at the swords of Final Fantasy VII and Advent Children!