Are Katana illegal to own? What, if any, are the local legal requirements of owning one based on where in the world you live?

While the requirements are in a constant state of flux, below is a map of the world with the legal status of Katana indicated by a simple color code. 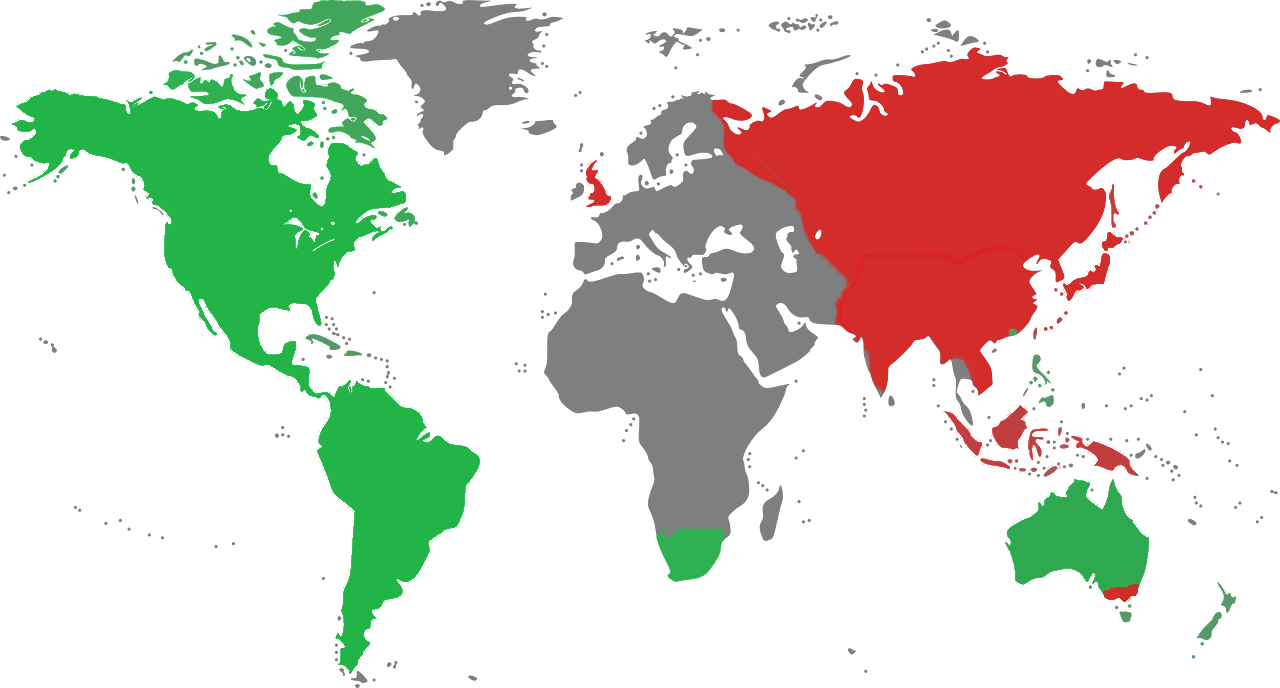 Key: Green is legal and largely unregulated. Red is illegal, but excemptions may apply. Grey is, well, unclear or in a state of flux.

DISCLAIMER: While we have done our best to provide you with publicly available information, please note that this is NOT legal advice.

So let's take a look at the general legal requirements based on geographical location.

Legally Katana are lumped in the same category as knives and governed by state rather than federal laws, though as with knives, a collector must be over 18 years old OR have their parents implicit permission to buy or own a Katana.

Some types of concealable swords, such as cane swords or Zatoichi style Katana are illegal to buy, own or carry in California and New York State.

Texas is the most liberal state, allowing open carry of swords for those over 18 years of age (or again, with parental supervision) since 2017, though there are some restrictions, such as churches, airports, bars, schools, etc.

In general, common sense applies - swords cannot be brandished or openly carried in public, but should be stored in a secured sword bag or gun case.

Katana are not illegal throughout South America, however they are subject to heavy import levies often in excess of 50% of the actual value of the sword, making them relatively rare.

Swords are not illegal to own throughout Australia and New Zealand, however they are heavily restricted in the state of Victoria since July 2004 after several high profile assaults. Exceptions were made for re-enactors, martial artists and highland dancers and can be legally purchased by becoming a member of the Victorian Historical & Edged Weapons Collectors Guild.

Are Katana illegal in the UK? Well, yes and no.

In 2008 the UK introduced a ban on buying or selling curved swords with a blade over 50cm long which was aimed at street thugs and other assorted miscreants using cheap stainless steel 'sword like objects' to assault rivals and members of the public. The ban, however, has no effect on people who already own such swords,. and was amended to exclude swords made using traditional methods, though the final decision rests with the customs agent inspecting them and quite often additional supporting paperwork is required by the vendor to release them.

Are Katana illegal in the European Union? This is actually a hard to answer question at the moment.

While the laws have not technically changes, in late 2017 many swords being shipped to European Countries have been rejected by customs and returned to the seller without any clear explanation.

Previous to this, many European countries did not ban the actual ownership of Katana per-se, but restrict the services that can ship them. For example, swords of any type cannot be shipped by the Danish or Greek postal services. In Italy, swords can ONLY be shipped to a commercial address, not a residence.

Katana and combat knives are classed as weapons in Russia and require a special federal license to own, buy or sell. For all intents and purposes, this actually prohibits and shipments of Katana into Russia, meaning it is only possible to source locally made blades or those imported in bulk by specialized local sellers. 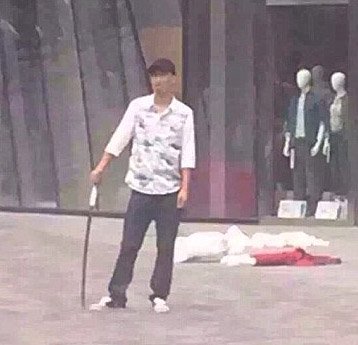 After many years of being a grey zone, swords first became restricted in 2008 and then became illegal throughout China in 2017. Why are Katana illegal in China? The main reason they become illegal anywhere else, some complete idiot decides to use one on someone - and the governments perception changes from regarding them as quaint 'boys toys' to illegal weapons.

The Special Administrative regions of China, Hong Kong and Macau,are exceptions - and are legal to own and buy in the S.A.R.S. but may require some wrangling with uniformed customs officers from time to time.

Japan has had severe restrictions in place on the ownership and sales of Katana since the end of World War II, which effectively banned the mass production of swords and limited them to a handful of certified sword smiths who are also heavily restricted on how many swords they can make in a year (which is part of the reason why Japanese made Nihonto are so expensive and no Japanese production Katana can be made or sold).

Sword owners in Japan need to have the correct paperwork for their sword,it MUST be a true Japanese made Japanese sword (no other type of functional sword can be made or imported) registered with the police office and kept in a secured and locked gun safe like set up, not openly displayed - and even buying sword from Japan requires a ton of paperwork.

Sharpened swords of any type are illegal to either import or export from India and is the reason why sword makers in this region such as Deepeeka and Windlass Steelcrafts only export non-sharpened blades with a false edge.

Katana are illegal to own throughout most of South East Asia - with the only Thailand and the Philippines allowing their citizens to freely buy, own or sell Katana (though as with everywhere else, open carry or brandishing them in public outside of organized events or demonstrations is of course an offense).

Are Katana illegal in Singapore? Technically no, but to be able to import them requires a temporary special import license issued by the police and the amount of paperwork required discourages most casual collectors.

Swords are legal to own in South Africa and there is a thriving, closely knit sword collecting community in this country. In the rest of the African continent, the actual regulations are not clear and seem to be determined on a case by case basis with local customs officers.

While there is a local and thriving traditional middle eastern sword making industry, owning and importing Katana in the middle east is a hit and miss affair - sometimes they are allowed past customs, other times they are confiscated or returned to the sender.

Addendum: How You Can Ensure the Answer to the Question "Are Katana Illegal in Your Area" remains "No"..

In the age of the gun, the Katana is nothing more than a curiosity these days. If you consider that the definition of a weapon is:

"a thing designed or used for inflicting bodily harm or physical damage".

These days, Katana are NOT designed to be used for inflicting bodily harm or physical damage. They are designed for collectors to own a replicated piece of history, for martial artists to practice their sport,and for backyard cutters to chop up miscellaneous (non living) targets in their backyard like water filled bottles, tatami mats and bamboo.

As such, it is important that collectors act responsibly with their swords.If you can answer the question "Are Katana Illegal" with a "No" and want to keep it that way, then actually using a Katana as a weapon should only ever be considered as an absolute last resort in a life and death situation.

In all circumstances, if you have access to firearms, a baseball bat or other self defense product, THAT is what you should use - as the damage a sword causes would cause a media firestorm and possibly lead to a ban on them as has occurred in the UK, Victoria, China and many other countries.

Yes, on occasion, Katana have been used to scare off a would be home invader or actually PREVENT violence, but as a rule - just DON'T. Without exception, every single Katana collector I have had the pleasure of meeting is a non-violent, intelligent, thoughtful and responsible person who loves the history and the beauty of the Japanese sword and would never even dream of using it on another person and should not be punished for the actions of a few very stupid individuals who - if they didn't have a sword, would use an Axe, ice pick, kitchen knife, or whatever else can be weaponized.