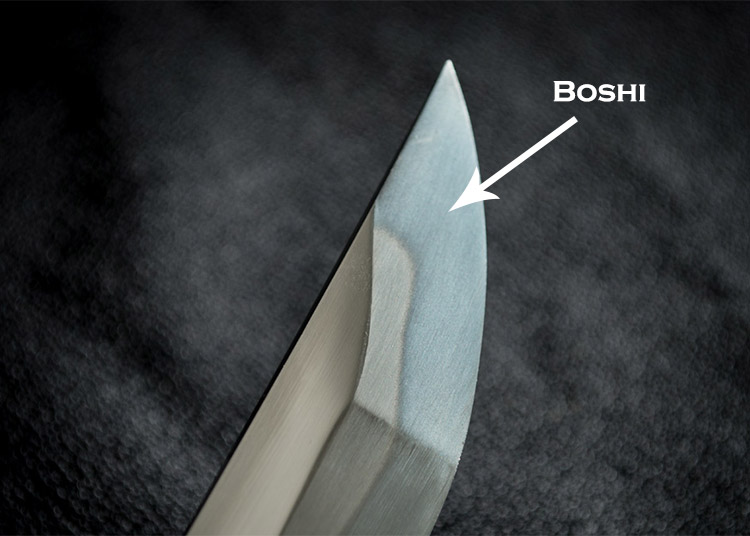 The boshi is the part of the hamon temper line that extends to the kissaki, the tip of a Japanese sword. Like with polishing the tip generally, to bring out the tempering detail is extremely time consuming work - almost as time consuming as polishing the rest of the blade..

For this reason, most Katana that have a real hamon and that have been differentially tempered are polished in such a way that the details of the tempering may be partially obscured, as in the example picture below.

It is still viable, but only just..

An ideally shaped boshi follows the rest of the hamon temper line and turns back on itself widely at the tip, usually touching the yokote line which separates the kissaki from the rest of the blade.

Swords that have not been differentially hardened do not have boshi.

I hope this information on boshi has been helpful. To return to Samurai Sword Terminology from Boshi, click here