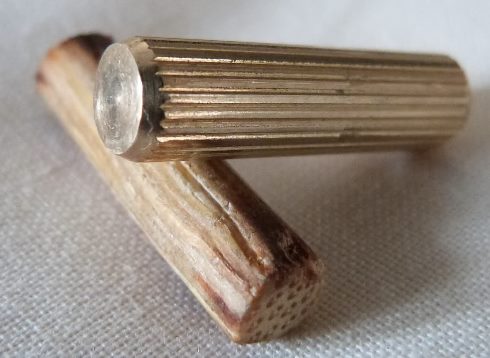 Mekugi are pegs, often nowadays a set of two, that are used to help secure the handle of a Japanese sword to the blade.

Despite popular belief, they act only as a fail safe and do not in themselves actually affix the blade to the handle, which is actually achieved by a combination of a good friction fit and hand pressure when wielding the sword (the author has extensively tested this theory, up to the point of taking a sword, removing all the pegs, and banging it dozens of times against a solid tree trunk - with the end result, the handle had not shifted even a mm).

While two pegs are now the industry standard for mass produced Katana, it is questionable if adding a second peg really adds anything to the safety of the sword - in most cases, a single well placed peg is more than sufficient.

What Mekugi are Made from, How Much they Cost and Common Problems

WHAT THEY ARE MADE FROM: Mekugi are typically made from smoked and cured (called susudake) bamboo, though some have a second one made from brass close to the bottom of the handle.

As they can be quite easily damaged when disassembling a Katana, some people choose to make their own from quality bamboo chopsticks. 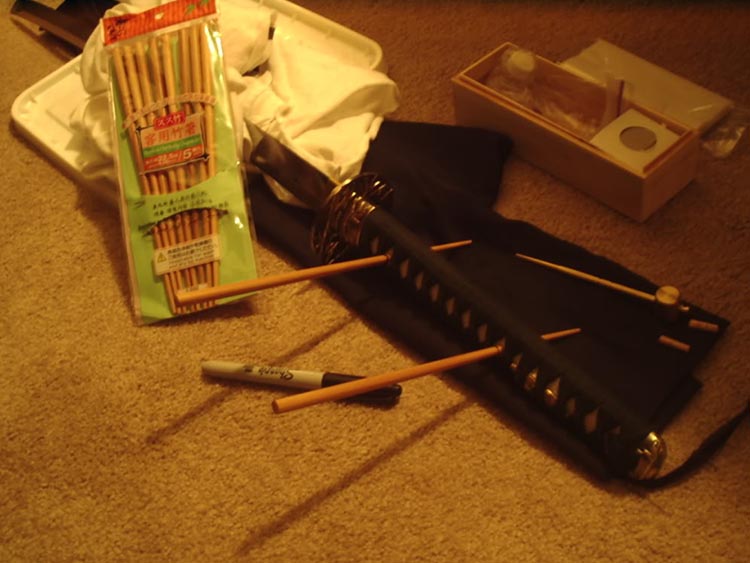 If taking the DIY approach, it is extremely important to use hardened, cured bamboo - lightweight wooden chopsticks simply will not cut it.

The concept is to insert the chopsticks until they properly fill the hole, mark them, cut them down to size and file/sand them until they are smooth.

HOW MUCH THEY COST: Mekugi are quite inexpensive to produce, but because they are so inexpensive, few retailers actually offer them for sale as the amount of time to process an order often means that it costs more to send them than they are worth. As such, if replacements are required, it is usually recommended to make them yourself.

COMMON PROBLEMS: Probably the biggest issue with mekugi is carefully getting them out from the mountings without damaging them. Most of the cheap so called 'mekuginuke' are actually really bad quality and cannot actually be used for the purpose of removing the pegs as the threading of the head of the hammer tends to spin. 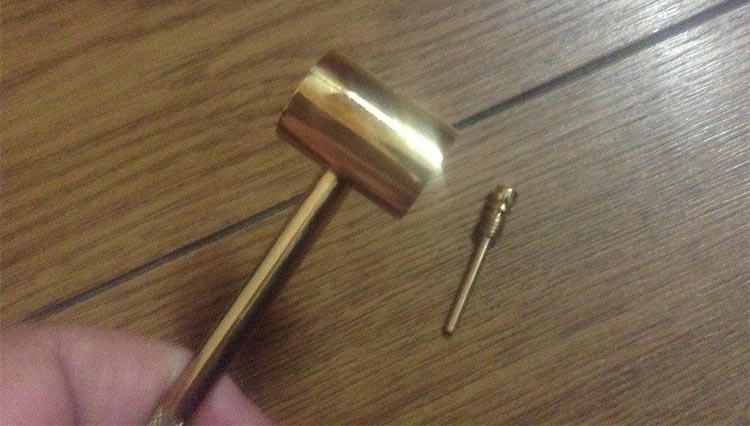 Most of these tools are not actually usable..

The easiest way to get around this is to use a blunted nail and a small hammer and gently and patiently tap on the peg until it eventually works its way out in one piece.

We hope this information on mekugi has been helpful. To return to Samurai Sword Terminology from Mekugi, click here