Early Medieval Cavalry Sword. A longer (typically around 37") blade with narrow fuller designed to be used from horseback. Has an acute tip, but is generally too flexible to deliver a powerful thrust. Was in use during most of the 12th century during the rise of the Knightly social class and dominated the battlefield, before it was largely phased out in the 13th century due to increased use of plate armor, rendering its cuts increasingly ineffective. 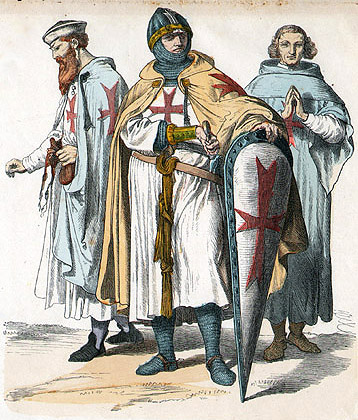 The Oakeshott Type XI sword was a cavalry sword used by the rising knightly class of the 12th century.

While most extant versions of this sword can be firmly traced to the 12th century, which was the century when knighthood first became a true social rank, there are numerous sources that suggest that proto-XI's were developed and may have actually been in use as early as the 10th century.

This should come as no real surprise, as the institution of knighthood was firmly established by the 10th century, and so it is quite possible that this sword type rose in prominence alongside importance of the mounted knight.

But whenever they were first developed, Oakeshott Type XI swords were the cutting edge of sword technology of the 12th century, and extremely effective when combined with the cavalry tactics that dominated this period in medieval history - used and revered by the Knightly orders that formed during the first crusade such as the Knights Hospitallers, Templars, the Order of St Lazarus and the Teutonic Knights.

While there are many similarities with Type Xa and XI swords, which were primary for foot-soldiers, but certainly can and were used from horseback, the main differences is that most Type XI have a more slender, usually longer blade and a relatively smaller handle, giving it a distinct, if subtle, point of difference. In practical terms, the thinner blade tends to be more flexible than type Xa and is not particularly effective in the thrust by comparison. However, as the extra reach was used to effect when swiping at footsoldiers from horseback, thrusting techniques were not really called for. Especially as most soldiers of the era were only lightly armored, with maille, gambeson, helmet and shield at best..

Probably the most famous and well known example of a Type XI sword is a ceremonial presentation blade that is commonly refereed to as known as 'the Sword of St Maurice'. 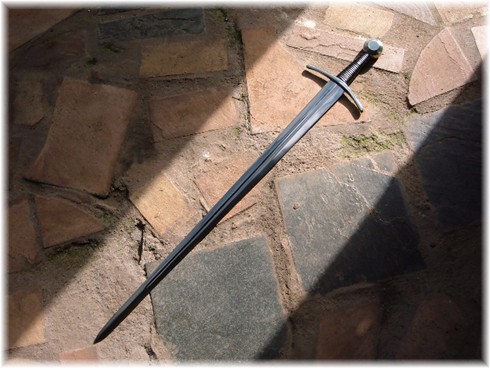 As the historical sword of St Maurice is the most common example of this type, it should come as no surprise that it most replicas of Type XI swords are based on this particular sword.

However, there are others that are also good representations of this early medieval cavalry sword - though most tend to only be available as high end replicas (over $750). 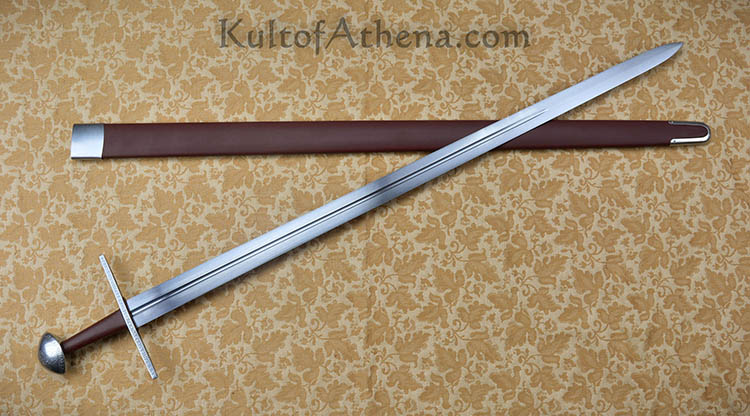 One of Hanwei's most historically accurate swords, the shorter handle compared to the longer, thinner blade and narrow fuller make this replica an excellent example of the type.

For those for whom only the best will do, there is the Albion Ritter - which we reviewed on SBG here, a German style Type XI that marks the transition from medieval cavalry to what we imagine when we think of a 'knight'.

Technically this sword is described as a Viking Geibig Type 5 - however in the Oakeshott typology translates to a Type XI, featuring the long and narrow blade typical of this sword type - showing that these swords were in wide use across many different cultures in the early medieval period.

MyArmory has an excellent in depth article on Type XI swords here which explains their history and lists some high end reproductions and images of actual antiques.