A later period version of the Type X with a narrower, deeper fuller than it's parent that was better suited to mounted combat and the forerunner of the early medieval Cavalry Sword, though was equally at home when used on foot. Was in use from the 11th to the 14th century by late period Vikings, Normans, Templars and Knights. 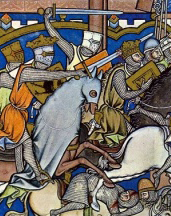 Type Xa in the Maciejowski Bible

Originally Oakeshott Type Xa swords were actually classified as type XI swords, but in the end Oakeshott felt that they deserved their own subcategory as they were too close to type X to fit within the Type XI category, but the narrower and deeper fuller could not be ignored.

But of course, it was not just the fuller that guided his decision, but their placement in the historical context, as all extant examples dated from the 11th to the 14th century, while type X started and finished two centuries earlier, from the 9th to the 12th centuries.

Like the parent group type X, these were a transitional sword - similar in shape and style to the Viking swords that it evolved from - and was a stepping stone to the Type XI cavalry swords which shared the same thin fuller, but had longer, more slender blades better suited to mounted combat.

Type Xa was in use for a much longer period than the Type XI cavalry swords, and so while the thinner fuller may at first glance appear insignificant - in reality it marked a serious departure point from the Viking era swords and were used by late period Vikings, Normans, Anglo-Saxons, Crusaders and Templars before eventually falling out of favor in the 14th century as they were quite ineffective against the increasing use of plate armor on the battlefield.

Despite spanning a period almost as long as the Type X (which was used for the longest period of any one sword type in medieval history) replicas of this type are rarer than Type X.

The very best and most historically accuate replicas are made by Albion Swords who have no less than 5 Type Xa replicas - one of which is presented below along side two budget entry level options. 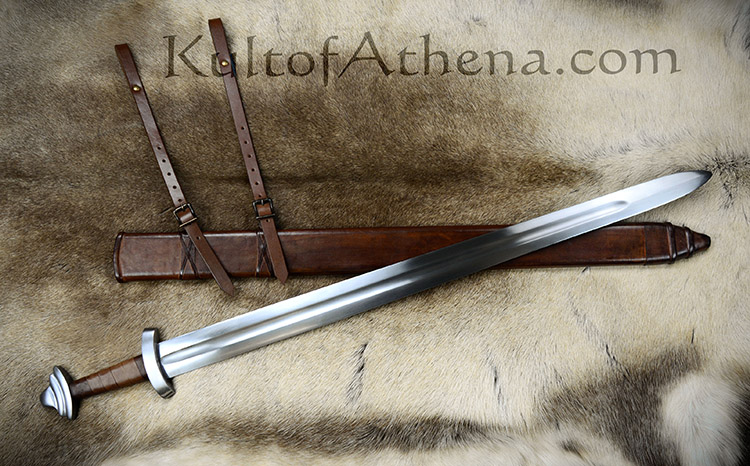 The name of this sword suggests that the fact that this sword can be neatly classified as a Type Xa is possibly accidental. But a Xa it could certainly be, and at $124.95, is the most affordable - but is unsharpened by default and a tad on the heavy side (3lbs 2.6oz). 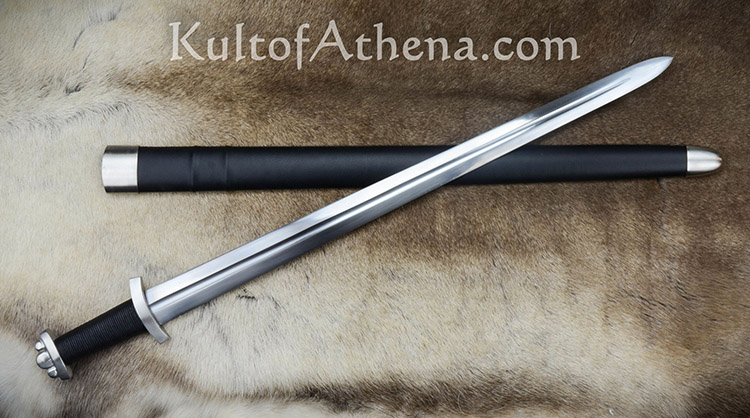 While their model 8 'Viking Sword' is a type X pure and simple, type 12 is clearly a type Xa - with the same fittings and blade shape, but the distinctive Xa narrowed fuller.

While this sword could potentially straddle the line between a type Xa and Type XI, or even be a XII (a category many arm chair sword scholars like myself tend to group any sword that does not easily fit another category) - the profile and shape of the blade with the thin fuller really makes it a good example of a Xa, at least for this replica of the famous original sword (after all, type Xa did cover an awfully long historical period)..

MyArmory has an excellent in depth article on Type X swords here, which also includes a little side note on Oakeshott Type Xa swords, though has quite a few images of antique Xa swords worthy of perusal.