A variant of the cavalry Type XI but with a broader, stiffer blade suitable for both cutting and thrusting. Used primarily in the 12th century during the rise of the mounted medieval knights importance, both as a social rank and on the battlefield. A very rare sub type. 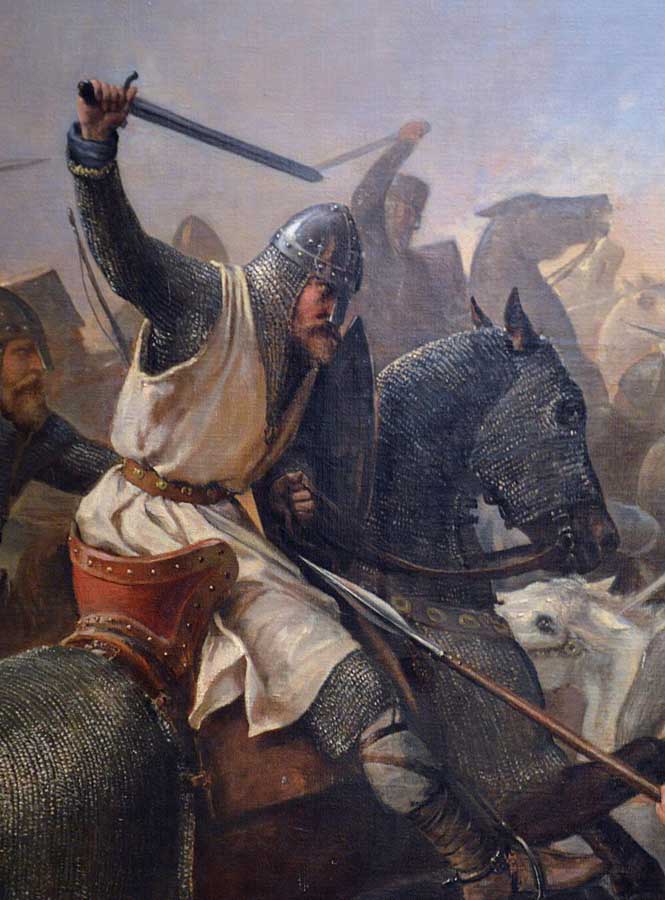 An XIa in Battle

The Oakeshott Type XIa is a hard one to pin down. It was created by Ewart Oakeshott to attempt to classify a couple of swords that he felt were essentially Type XI swords in overall shape and design, but with a slightly broader, and often slightly shorter, blade.

As we know, Type XI swords were an early medieval Cavalry sword, designed primarily for cutting down lightly armored opponents from horseback on the battlefield with its extra reach. The Type XIa was, it seemed, used in the same manner, though the stouter blade would have made it effective in the thrust as well as the cut, and was perhaps the most versatile of the two - though surviving examples are very rare, and it does not seem to be a particularly popular type of sword. A trend that continues with modern reproductions.

The parent type XI swords are quite under represented on the fully functional sword market. But to find a replica Type XIa is seemingly a fools errand.

Most of the high end sword makers who concentrate their efforts on producing historically accurate replicas have at least one example of each of Oakeshott's sword types. But to date, only Albion Swords have produced a faithful replica of a classic Type XIa with their aptly named 'The Oakeshott Sword'

With so few swords that could possibly be classified as an Oakeshott Type XIa, anyone who wants to collect every type of medieval sword can thankfully find the missing piece of the puzzle with a perfect replica of type in the aptly named Albion 'Oakeshott' Sword.

MyArmory has an excellent in depth article on Type XI swords here which explains their history and lists some high end reproductions and images of actual antiques, including some XIa.

I hope this information on Type XIa swords has been helpful. To return to Oakeshott Typology Made Easy from Oakeshott Type XIa Swords, click here