A broad blade with two shallow but wide fullers extending 1/4 the length of the blade, this cut and thrust sword was in use during the 14th and 15th centuries and was the last of the true two handed fighting swords. While any cross guard could and was used. most were outfitted with type 12 (pictured). Most had a lenticular profile, but the rarer octagonal profile was also sometime seen. A relatively rare sword type. 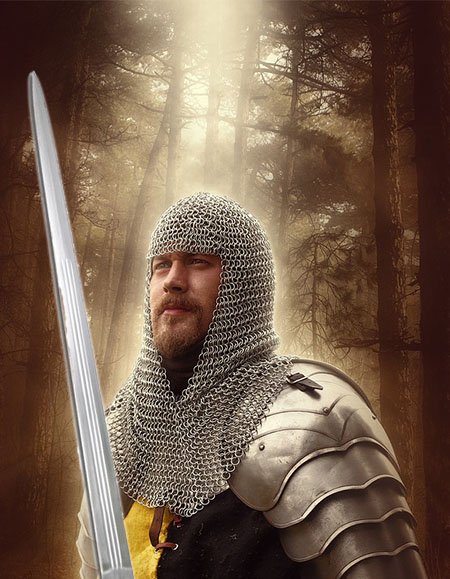 The Oakeshott Type XX Swords represent the end of an era and were the last of the two handed fighting swords ever made as the late middle ages transitioned into the Renaissance.

While they share many of the characteristics of other Great War Swords, they represent the final stages of experimentation with two handers like this with regards to the fullers, specifically, type XX swords all have three fullers - one long one in the middle and two shorter ones to either side. This configuration, plus the general size and style, makes them relatively easy to identify, compared to many other swords in the Oakeshott Typology, which at first glance, may appear to fit two or more possible categories.

There remain a few extant Type XX Swords, including one that was in the personal collection of Oakeshott himself, but perhaps not as many as other Great Swords - due in part, to the narrow definition of this type and partly because more remain to be discovered..

Surprisingly, neither of the big two medieval sword makers who specialize in high end, accurate reproductions - Albion and Arms & Armor, make a Type XX (though Arms & Armor can make a custom one upon request).

But one relatively historically accurate replica is found in a series of swords not known for sticking to historical swords as you will see below.

All the other swords in this series of classic 'beater' swords by Hanwei are ahistorical in the extreme. So it comes as something of a surprise that their Mercenary Sword is almost a perfect historical replica of a Type XX. From the cross guard to the T type pommel and configuration of the fullers, it is almost perfect - at least visually. But at 4lbs 5oz, it is much heavier than it should be, primarily due to the lack of distal taper. But hey, at this price point and considering its other merits, and the lack of alternatives, it is a must have.

More ornate, and more detailed, than the Hanwei Mercenary - Darksword Armories offering for a Type XX suffers from the same problem, it is far to heavy for the type. But again, with only one other to choose from unless you want to go the custom route, beggars cannot be choosers.

MyArmory has an excellent in depth article on Type XX swords here which explains their history and lists some high end reproductions and images of actual antiques.