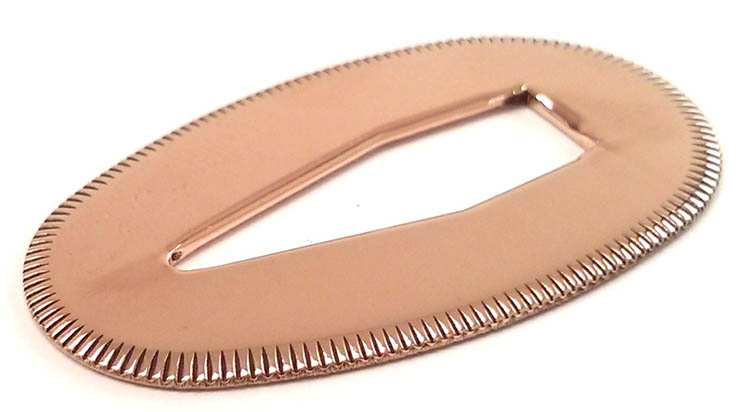 Seppa are basically a pair of identical 'spacers' or 'washers' used to securely fill any gaps between the tsuba (hand guard) and the handle assembly. At the same time, they also provide a kind of cushioning, absorbing impacts and stresses like a shock-absorber and protect the other components in the swords assembly.

They come in a wide variety of styles and materials, from more refined examples as shown in the picture above to the standard brass 'cog' style common on production swords (mass produced Katana).

Additionally, an extra one may be used to achieve the best fit when installing a new, but thinner than the original, tsuba (hand guard) - though many people prefer to fill any gaps with some dental floss or thread, or even a home made invisible spacer made from aluminum.

What Seppa are Made from, How Much they Cost and Common Problems

WHAT THEY ARE MADE FROM: Seppa are usually made from copper or brass, as this material is soft enough to cushion any impacts without getting damaged or scratching other components, but can also be made from silver or even leather (though leather is relatively rare).

HOW MUCH THEY COST: Mass produced spacers are typically stamped out using a press from sheets of brass or copper and are relatively inexpensive to make by this method (usually only $5 or so for a pair - such as HERE at Kult of Athena) 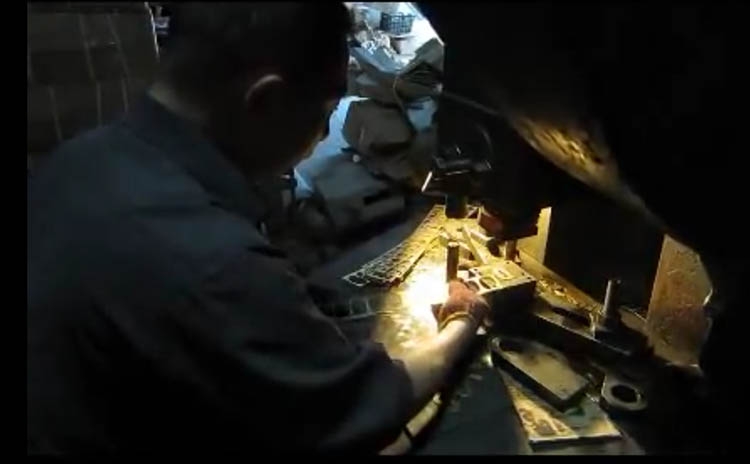 A press used to make seppa from sheets of brass, stamping out a new seppa in record time

When imported from Japan, they typically cost around $20 each ($40 for a pair) and slightly more for silver ones. Custom made seppa typically cost between $300 to $500 depending on where and who makes them.. 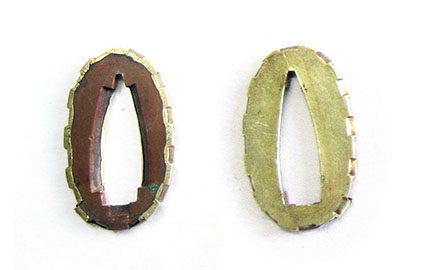 COMMON PROBLEMS: The most common issue with spacers is that they arrive or become slightly loose and wiggle under the assembly.

This is usually caused because the 'one size fits all' approach results in an imperfect fit, with the hole either too big or too small for the nakago (tang)

To adjust an imperfect fit, a common technique is to use a small punch to squeeze the seppa in slightly and/or file the material to create a custom fit that is not feasible due to time constraints at the forge where the sword was made.

As mentioned previously, an additional spacer can be used to fill the gap caused when changing out tsuba (hand guards) for a thinner one.

I hope this information on Seppa was helpful. To return to Samurai Sword Terminology from Seppa, click here