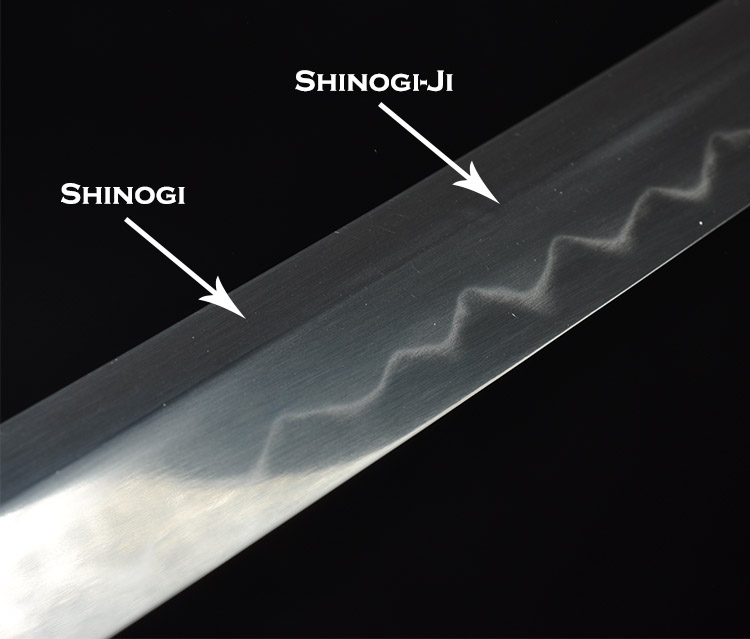 The Shinogi and Shinogi-ji are best remembered as a pair, with the Shinogi being the ridge line where the sword transitions from the angled portion that forms the edge to the flat section of the blade, which is called the Shinogi-ji.

The portion of the blade from the Shinogi to the Ha (edge) can be said to have a little or a lot of hira-niku. Hira-niku, or 'niku' as it is sometimes called, can be translated to mean 'meat' and a blade with a lot of niku has an appleseed bevel, which may not be as sharp as swords with less niku, but they actually cut better and are considerably more durable. 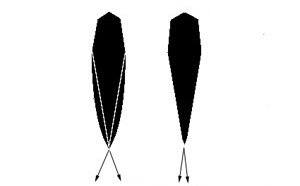 The higher the ridgeline is, the  better a sword will cut harder targets (but perform worse on softer targets) and visa versa, while a medium height ridgeline is the most versatile and capable of cutting both light and heavy targets. 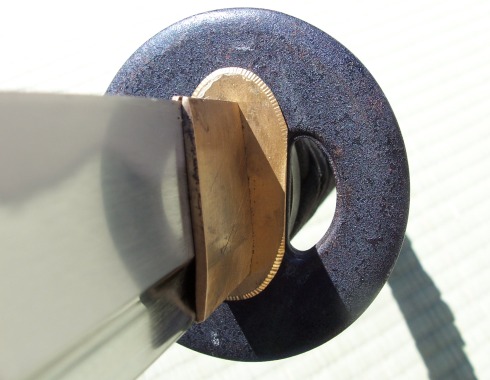 These types of blades are sometimes called 'trick cutters' because they tend to be ridiculously sharp and easily cut light targets, but they are prone to chipping or breaking when cutting medium to heavy targets.

The majority of production Japanese swords have a very low ridgeline and not very much 'meat' - so are good at cutting light targets, but easily damaged when cutting something a bit more substantial.

It should also be noted that the most common type of Katana is known as 'Shongi Zukuri' which basically means, a Katana with a ridgeline. The more meat the blade has, the less likely it is to chip or break, and the easier it cuts through heavy targets made to simulate human bone or armor, both slicing AND cleaving to some degree.