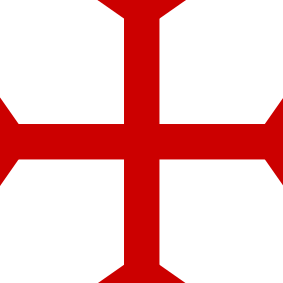 Cross of the Knights Templar

An actual antique Templar Sword - same type of sword as the one we review here with only minor differences in the fittings.

It's an interesting question, for the 200 years that the Knights Templar came to dominate Europe both socially and politically was a time of great change.

So much so that the swords that this order of warrior-monks used in their early days were quite different than towards their sudden and brutal demise - when their power had become such that they were declared heretics and their order suppressed, their most senior clerics, burned at the stake.

The replica Templar sword that we will be looking at today is a sword dating from the latter half of their reign - an Oakeshott Type XIIa War Sword - and would have been the kind of sword that the last of their order may have used to fight back and try to escape as they were hunted down and rooted out of the society that they had become an integral part of at every level.

It's been a while since I purchased a new sword and I was feeling the “itch” to check out one of the Ronin Katana Euro Line swords.

The Model 13 Crusader interested me the most, so I decided to order one via the SBG Sword Store. The sword cost $350 plus $20 shipping. I ordered the sword on a Tuesday evening and it arrived the following Tuesday afternoon.

The sword was double boxed. It was shipped in its sheath and held in place, within the second box, with foam blocks.

The sword arrived without any damage or issues from shipping. 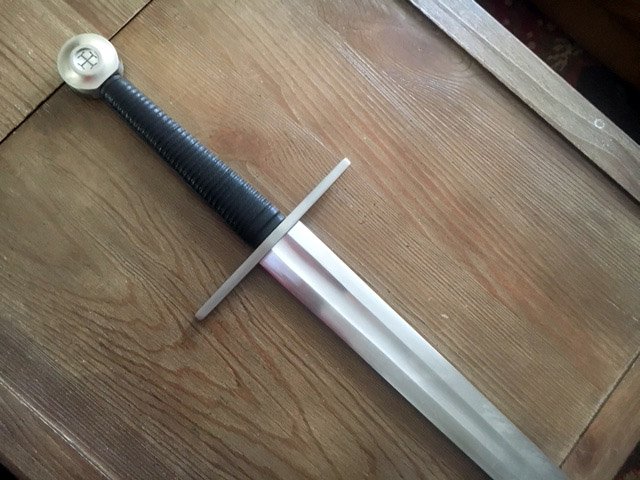 Once I had the sword in hand, I was happy to find a nice stiff blade that does not sag when held straight out horizontally and parallel to the floor. It feels slightly tip heavy, but not overly so. It is obviously intended to be swung with both hands, but it is still maneuverable with one. 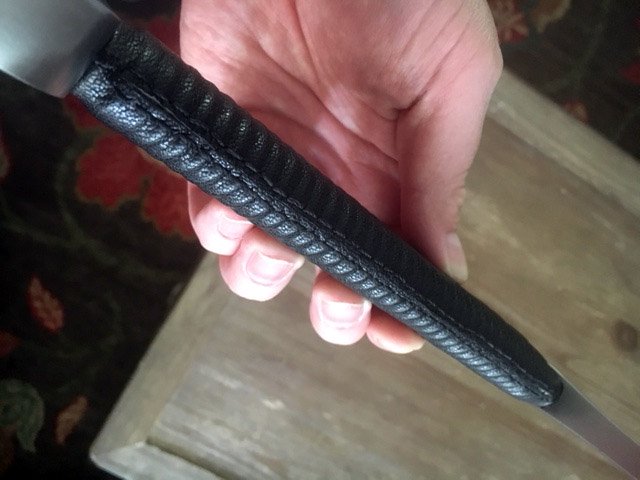 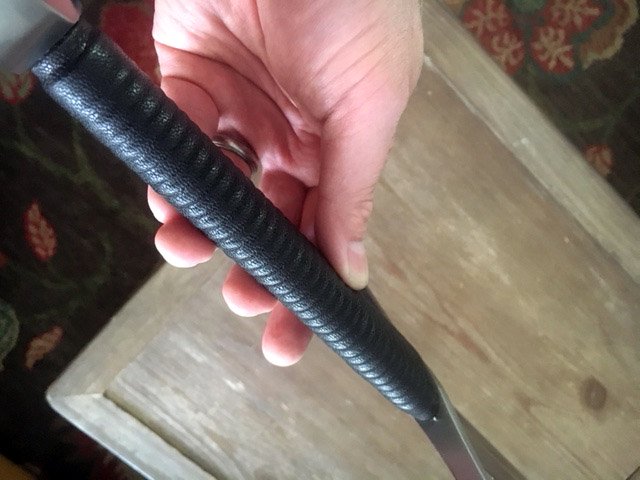 The blade surprised me with a nice apple-seed profile. There is not a secondary bevel present. I have rarely seen blade sharpening like this on swords in this price range. The only brand that comes to mind is Kris Cutlery with their older, discontinued Euro offerings. 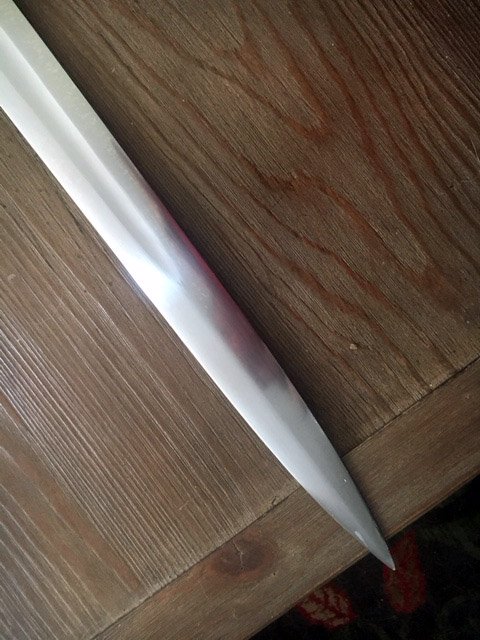 I was also glad to see that the guard and pommel are in line with the blade and nice and symmetrical. Everything is tight and the blade rings out when struck.

The SBG Store lists the stats as:

I found everything listed to be accurate. The scabbard appears to be wood core with an outer layer of “leather like” covering. 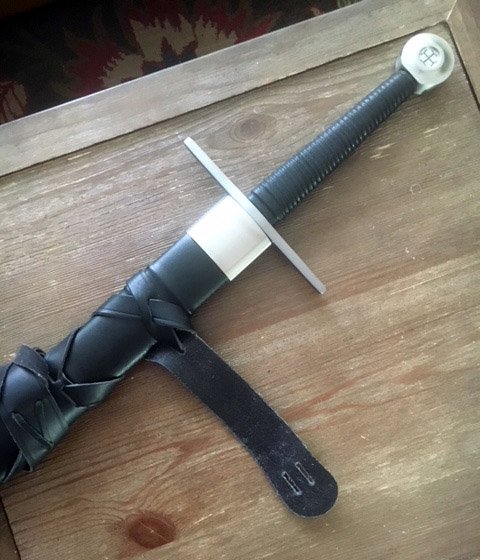 The belt is leather and is also removable if you would prefer a different type of suspension system. 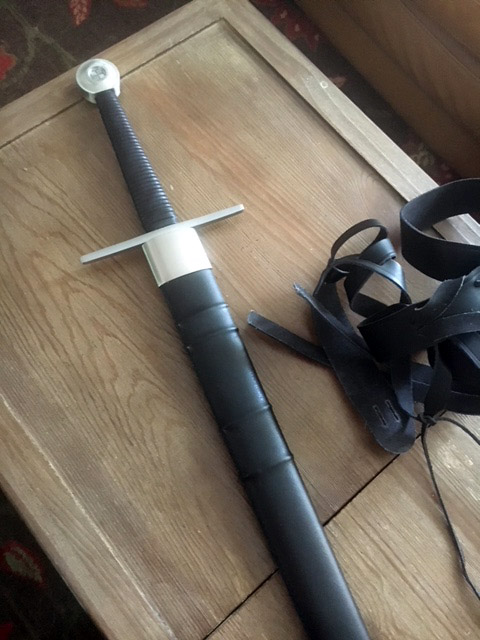 The throat of the scabbard is a steel fitting and is cut large enough that the blade does not contact it upon removal or sheathing. 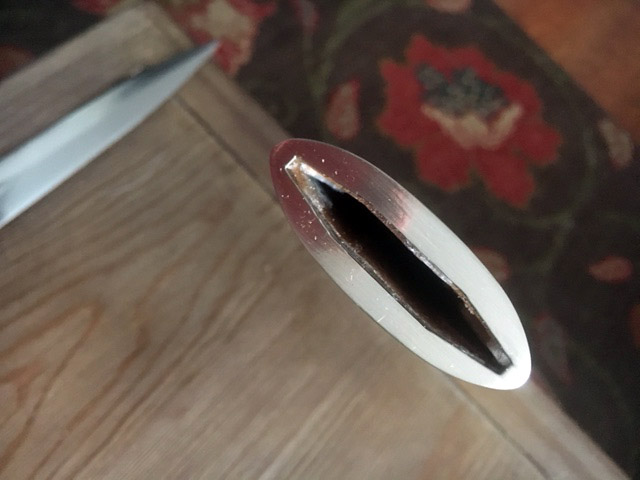 The guard and pommel are magnetic and have a nice brushed finish. 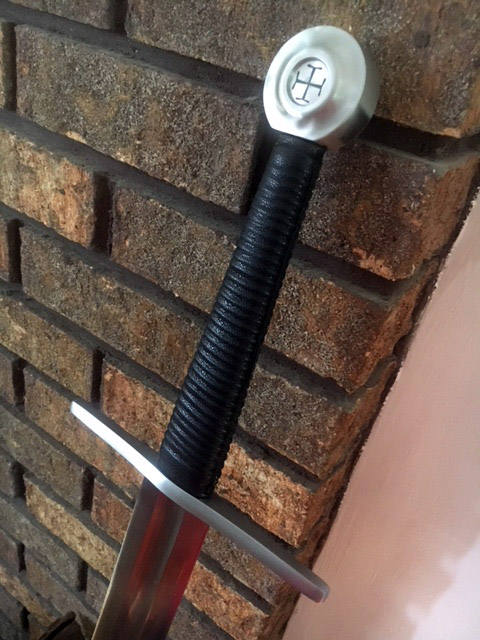 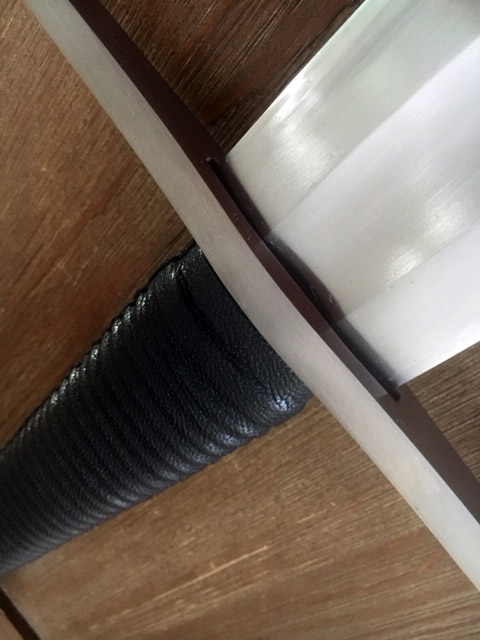 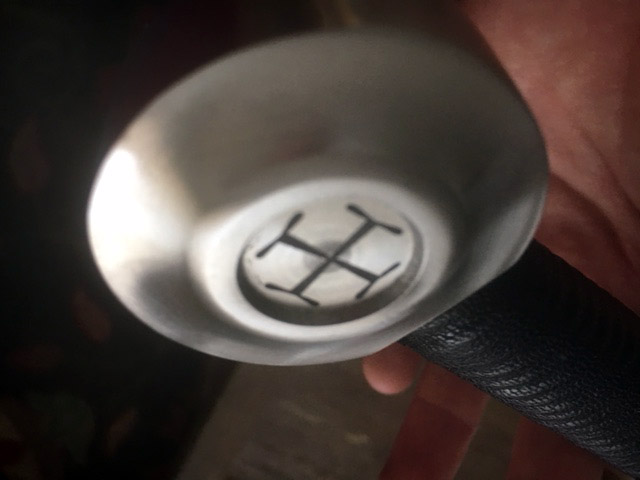 The pommel is peened and you need to look close to see any hint of it. It is blended so smoothly that any evidence of the peening is essentially nonexistent. 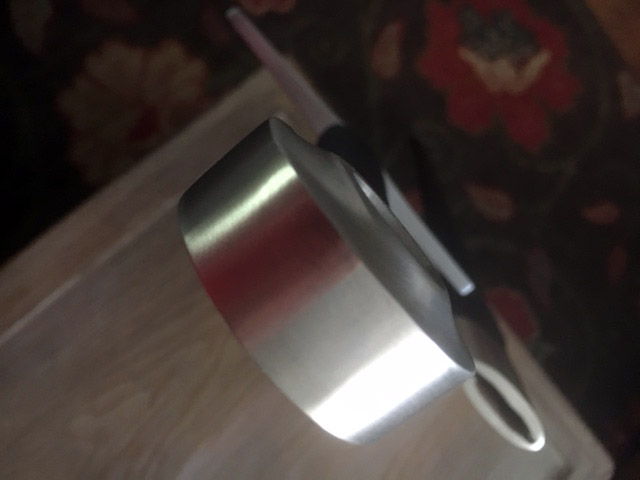 Overall, the RK Model 13 is a winner. If you are looking for a solid, well designed two-hander to do some backyard cutting or even wear as part of a Crusader costume, then you will be happy with this sword.

On a side note: I’m glad to see a determined effort by Ronin Katana to continue improving on this Euro line of swords as well as adding more models to choose from.

The Crusader is available HERE at the SBG Sword Store for just $350 - which is not a bad price at all for a fully functional, properly made and historically plausible Templar Sword ready to cut straight out of the box..!

I hope this review of the Crusader Templar Sword has been helpful. To return to Affordable Replicas of Medieval Swords from Templar Sword Review: The Crusader, click here