Finding Wakizashi for sale is not as easy as finding a Katana. Many sword companies that make affordable Katana do not offer Wakizashi, despite the fact that to the Samurai of Feudal Japan, they were at least as important as their larger cousins - and were the only sword that was with them at all times, from when the woke in the morning to when they went to sleep at night.

In this article we will take a look at the most commonly encountered Wakizashi for sale, take a close look at the best ones with some hands on reviews, discuss why they may be the most practical sword for self defense in the modern era, and find out why they are not as frequently encountered. But before we do, let's kick off with a little Samurai history to understand their importance.

History of the Wakizashi

You probably already know that the Daisho (meaning 'big and small'), the pairing of the Katana and Wakizashi, was only worn by the Samurai class of Feudal Japan, and that commoners were forbidden to carry the Katana or the Daisho on pain of death.

However you may not have known that even in the Edo period, where everything was heavily regulated, after 1645 there were Wakizashi for sale to the merchant classes and other well to do people who could afford to buy them, and that they were permitted to be worn and carried almost anywhere. Indeed, it was customary for a Samurai visiting a castle, house or when coming home to check his Katana at the door, but to also ask of him to relinquish his Wakizashi was unheard of..

Even when he slept, a Samurai's Wakizashi was the weapon closest to him and the first thing he would reach for if he was suddenly attacked, and its shorter blade and formidable speed made it especially useful for fighting in cramped spaces or indoors, where the full swing of a Katana was impractical.

Some sword schools even trained almost exclusively in the Wakizashi, using its faster draw time and faster attacks to surprise and overwhelm an oppponent before they had time to draw their Katana, keeping in close so that they never even really stand a chance to employ it.

But perhaps the most famous use of the Wakizashi was to use it at the same time as the Katana, the two sword fighting style mastered by the Ronin sword saint (Kensai) Miyamoto Musashi with the Katana in the right hand and the Wakizashi in the left. 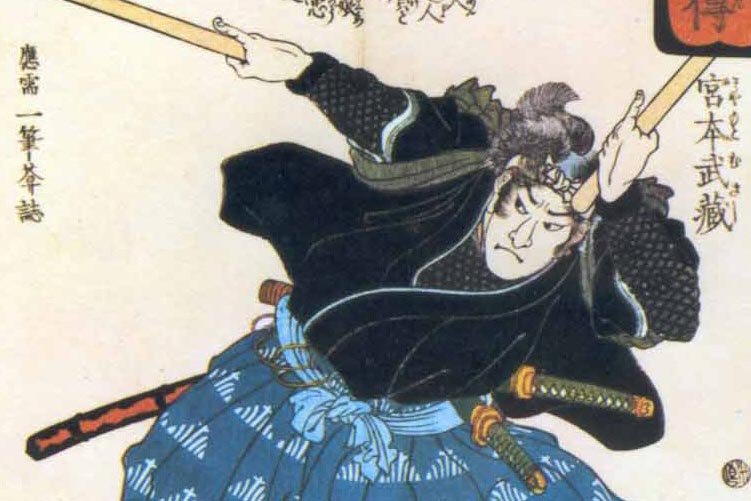 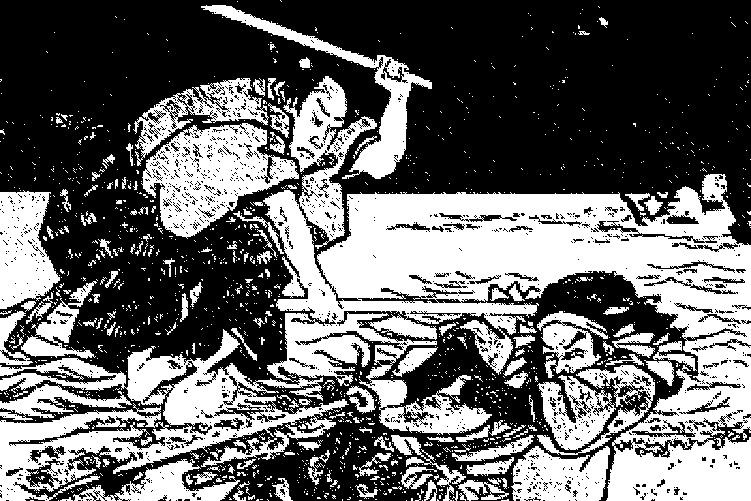 To Musashi, to die with the Wakizashi still sheathed was unacceptable, and a metaphor for giving one's all. In his own words from his famous book of five rings:

"This is a truth: when you sacrifice your life, you would want to make fullest use of your available weaponry. It is unnatural not to do so, and to die with a weapon yet undrawn."

But the importance of the Wakizashi to the Samurai went even further. For it was often the Wakizashi that was used in the ceremony of seppuku, ritual suicide. And with it by his side day and night, it represented his willingness to die for the glory and honor of his Feudal Lord, and his utter disregard for his own death.

In this way, the Wakizashi was the Samurai's best friend and constant companion, yet so many collectors of Japanese swords neglect it and only collect half of what it was to be a Samurai, and no true collection of Japanese swords can be considered complete without one.

If it is so important, why are there so few wakizashi for sale?

Most companies that sell Katana also offer a Wakizashi for sale. But many don't, and those that do many have 40 or 50 different Katana varieties, but only one or two Wakizashi..

So why is it that it is so hard to find Wakizashi for sale and create a traditional Daisho set? The main reason is simply, the cost of manufacture. There is very little difference in the amount of labor required to make a Wakizashi or a Katana. It still needs to be hand forged, shaped, tempered, polished, mounted up in the same type of fittings and as it is only on average 6" shorter in the blade and 4" - the material costs and slightly reduced shipping rate do not make it all that much cheaper to make..

As competition between various sword manufacturers is quite, pardon the pun, cut-throat - Katana tend to have extremely low profit margins - and it is not uncommon for a Katana that sells for $300 to have a wholesale price of $270 or so.. However, because it is shorter - even if they cost almost the same amount to make, you can't list Wakizashi for sale at the same price as a Katana - people expect that they should be less even if the cost price is, say, $260 - if the Katana is $300 they usually feel that vendors should list a Wakizashi for sale at $250.. But as that is below the actual cost price, it is not worth their time making - and so simple economics mean that you just don't find the variety of Wakizashi for sale as you can with Katana..

Luckily, there are some who do, so let's take a look at what is available for those wishing to own a decent Daisho set. But before we do, there is one more popular variant of Wakizashi we need to take a look at...

There is a fair amount of confusion about what the differences are between a O Wakizashi (great Wakizashi), Ko Katana (small Katana) or Chisa Katana (also means 'small Katana'). In fact, they are essentially all used to describe the same thing - a Wakizashi with either a slightly longer blade or longer handle than usual. But as the blade length of a Wakizashi is defined as a sword under 2 shaku in length (23.8": one shaku is 11.9") and all the so called Ko Katana and Chisa Katana are under this length, they are not really Katana but variations of a Wakizashi but with a longer grip.

An Example of an antique 'O Wakizashi' that elsewhere would likely be called a 'Ko Katana': https://www.antiqueswords.com/bq153.htm

These kind of swords were commonly seen in the Imperial court, paired with a Katana to make a Daisho or with the appropriate permit, carried by merchants and travelers on the dangerous bandit infested roads to and from the capital.

The first entry level Wakizashi ever to grace the sword the market, it still holds its own and makes a good daisho when paired with the Hanwei Practical Katana $199.95

For higher end Daisho sets, Paul Chens Hanwei Forge usually has a matching Wakizashi for each of their high end Katana so you can create a beautiful looking Daisho set. And more recently, we have managed to wrangle a deal with the Master Smiths at Forge Direct and offer a Custom Ko Katana and Wakizashi for sale at cost hoping that it will encourage people to create a Daisho set by pairing it with a Forge Direct custom Katana.

One final note on Wakizashi and Daisho - unless you are looking to recreate the Banzashi daisho which was the regulation configuration by retaiers at the Shoguns court in Edo (black saya, black ito and white rayskin) it is actually not necessary to have a paired set that matches exactly. Take a look at this historical photo of a real 19th century Samurai and note that his Daisho has two swords with very different fittings. 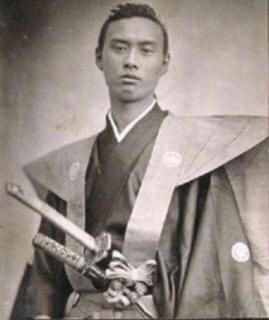 Usually they follow a similar theme and compliment each other, but while it may appeal to our modern sensibilities to have an exact matching pair, historically it wasn't necessarily the case.

I hope this article on Ko Katana and Wakizashi for sale has been helpful. To return to The Ultimate Guide to Authentic Japanese Swords from Wakizashi for Sale, click here