History You Can Touch

Robin took me down a trail through the woods , and up a hill to visit another warehouse of the several adjacent buildings they own. As we walked into this building, my breath literally caught in my throat, I was so awestricken by what I beheld.

About 10 years ago, MRL was able to buy out the entire historic horde of arms held by the Nepalese military. Some of these are British made arms , some Nepalese, but the majority are Napoleonic era or earlier originals.

The history is literally overwhelming. Robin knew each firearm type's name , and the history of them; most saw conflict. Some fought the Zulu , some fought Napoleon, but these weapons saw action and took lives. The impression they left on me was tremendous.

MRL sells these in two fashions... as is , and restored, and on site are two experts in the restoration of these antique arms.

Again I will let a series of pictures tell the story... I will caption those I retained information on, the rest will have to speak for themselves. 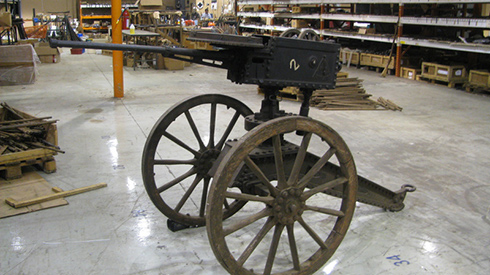 A Nepalese made Bira , their answer to guns like the Gatling and Gardner. There are only 6 in the world and MRL has them all. 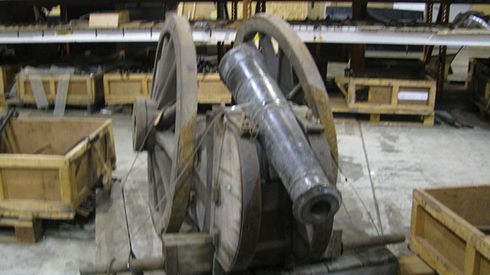 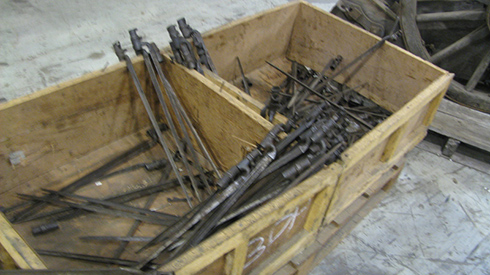 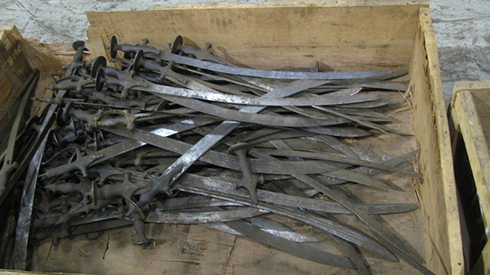 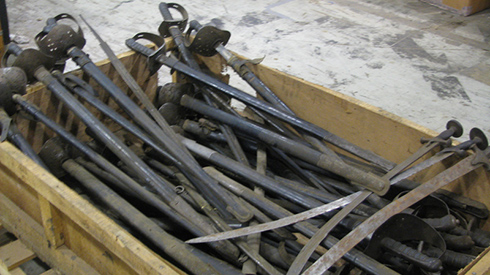 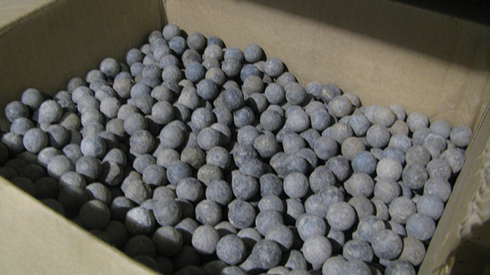 Musketballs actually used by the British to fight Napoleon 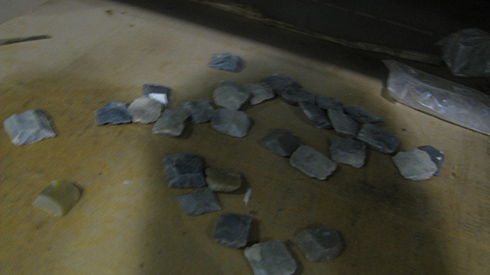 Flints to fire those musketballs 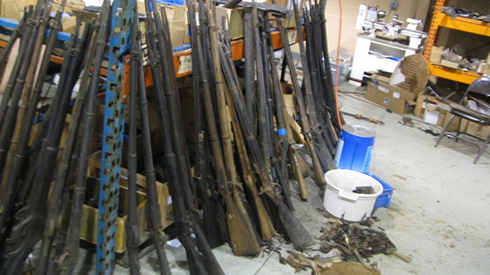 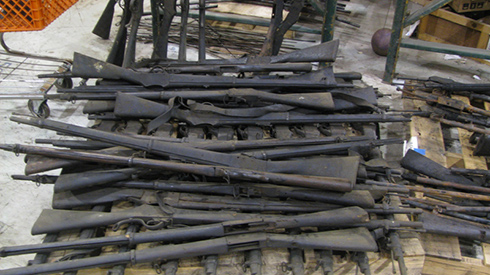 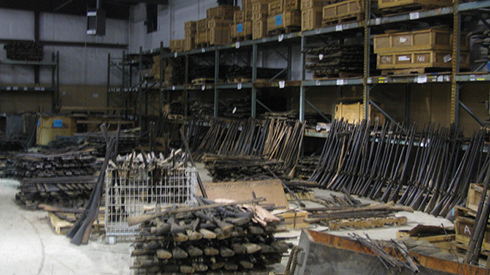 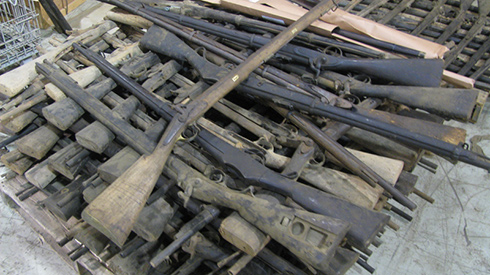 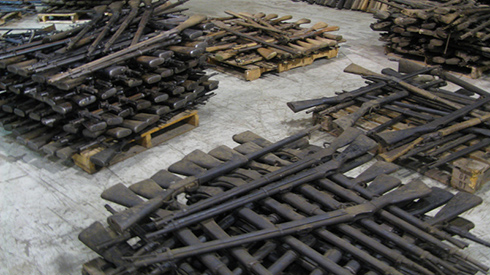 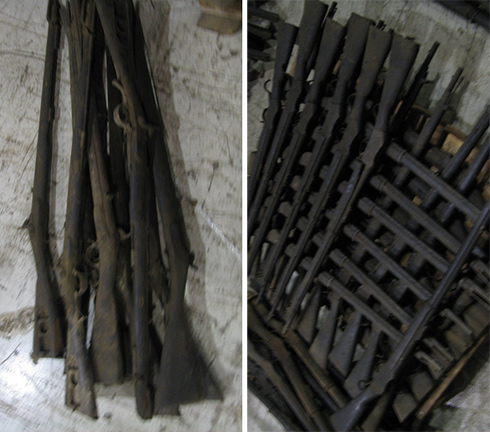