A Respect For The Past ... An Eye Towards the Future

With its background in edged weapons, MRL has had a distinct advantage to build upon that base for a variety of new endeavors. One thing builds to the next, and they are all mutually supporting and aid the growth of each aspect of MRL's business endeavors.

I was lucky enough to be able to speak with creative director Dave DiPietro (formerly of Paramount studios) about MRL's direction in some of these areas.

We all know that a huge part of MRL's business is replicas and licensed merchandise from popular movies, video games and tv. What I didn't know is that MRL is also majorly involved with providing the actual costumes and props for many popular titles.

The staff at MRL has had its expertise tapped by such TV shows as Sparticus , Rome, and Vampire Diaries.

Movies they have had a hand in include Gladiator, 300, Lord of the Rings, Iron Man, Kingdom of Heaven and Troy. also Once Upon a Time , V for Vendetta and the upcoming Knights of Badassdom

One of the coolest things for me to see was a bowie knife MRL made that was used as a prop on Rob Zombie's Halloween 2 and then gifted back to MRL.

MRL has also done work on several films in the James Bond franchise. This is a not inclusive, but quite impressive resume. 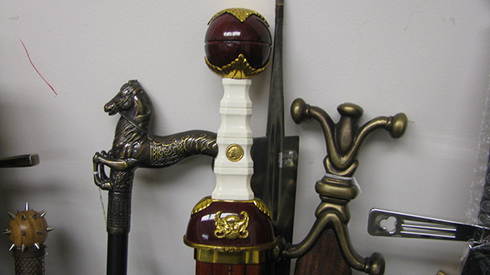 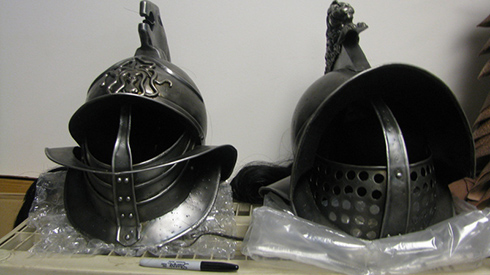 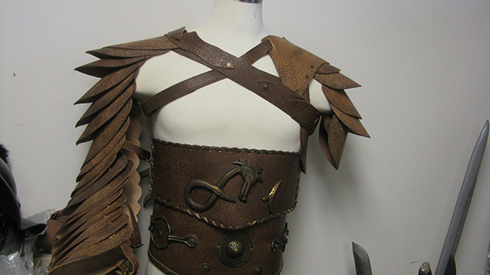 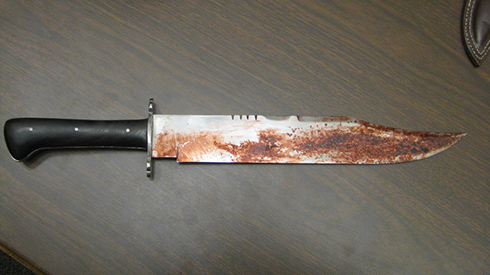