MRL and Conan the Barbarian

I can still remember seeing the movie in the theater as a child. I remember thinking that if I was the star of that movie, the only payment I would want would be the swords... short-sighted, but hey, I was eleven! I obsessed over them. The Fathers Sword and the Atlantean from the Conan movie were probably the two things which most inspired my love of swords and most influenced me to take up this hobby upon adulthood. The only functional replicas being priced well out of range for me, I was very excited when I learned that Windlass would be releasing versions of this sword. So were many , many others.

The Windlass swords came out to mixed reviews, but I think that a lot of the bad press is undeserved. Having seen these replicas now first hand, I can tell you that they are pretty darn awesome looking Conan swords. For the under $300 price tag, these would be awesome just as a wallhanger, if that's all they were.

But after talking with Bobby , and having him show me these swords first-hand , I 'm convinced that they are also able to be labeled as functional... as functional as a 7 lb. sword can be that is.

Reports of a rat tail tang are wildly exaggerated. The Atlantean has a substantial tang , which does admittedly lead to a threaded rod which holds the grip on with a 8mm nut. This same construction was used on the German Bastard Sword... and I know it was functional because I owned one myself. What's missing from the Atlantean that was on the GBS is the screw-on pommel. The pommel is pressed on, a less than ideal situation, but one that MRL is working to change. Changes are hard on licensed products though, because the licensee must accommodate the desires of the licenser.

However if what I get for my $300 is the only really affordable faithful recreation on the market, and that recreation is somewhat functional, personally, I'm pretty happy about it.

I want them, and I intend to own them.

What's more while wandering the building I came upon a bit of a steely teaser. 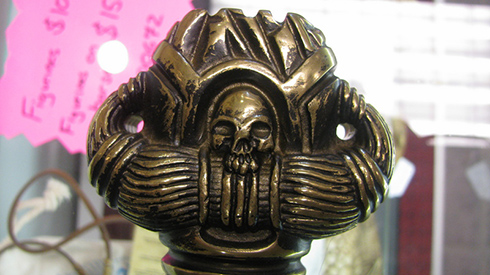 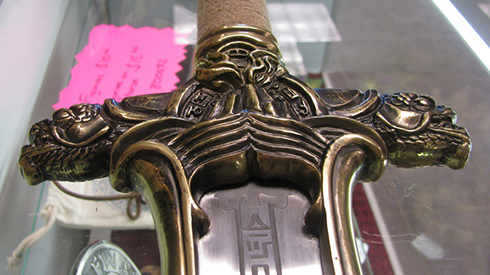 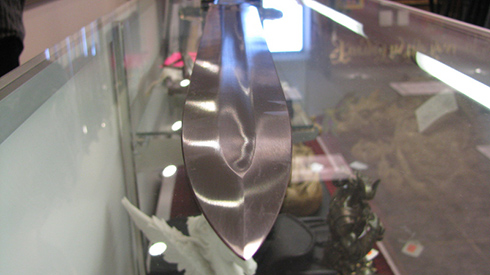 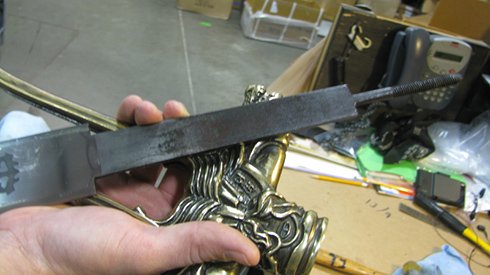 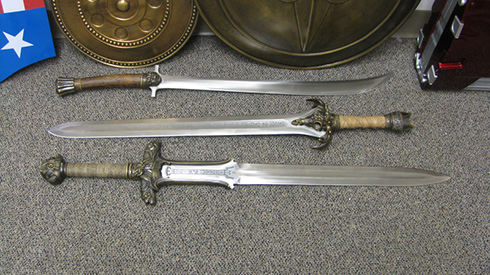 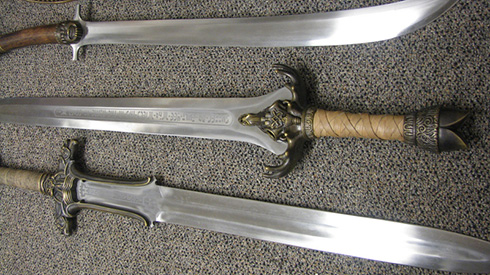 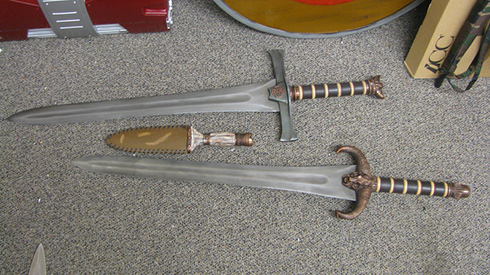