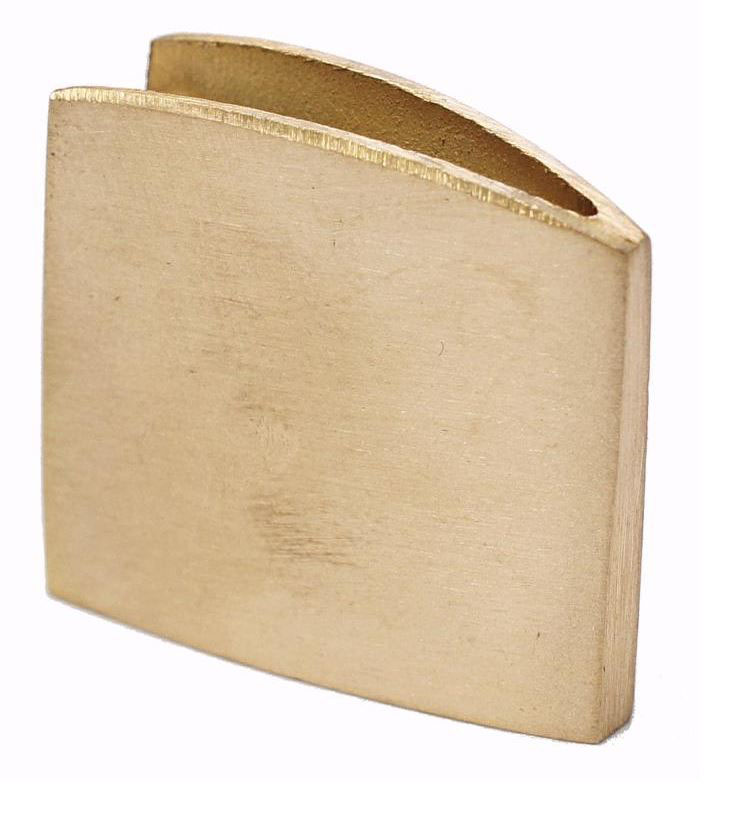 The habaki, or blade collar, has sometimes been called the 'heart' of a Japanese sword and plays two important roles.

The first role is to simply mate with the koiguchi of the saya (scabbard) to ensure the best possible fit and keep the sword securely in its sheathe when not in use. When perfectly matched to the koiguchi, a Katana will be able to be turned upside down without falling out, yet able to be released by a small amount of pressure from the thumb on the hand guard.

The second role is perhaps the most misunderstood. For the habaki acts as a shock absorber, distributing impacts to the blade into the habaki before it travels into the handle, thus a well made and well fitted blade collar contributes to the overall structural integrity of a Katana.

What Habaki are Made from, How Much they Cost and Common Problems

WHAT THEY ARE MADE FROM: Blade collars are usually made from brass, though copper or silver are also possible.Traditionally they were made by bending the colored metal around the blade, and soldered together where the two ends meet at the hamachi.

HOW MUCH THEY COST: Most mass produced 'one size fits all' blade collars are not particularly expensive, typically around $5-10. Traditionally made Japanese habaki are painstakingly constructed and custom made for the individual sword they will be mounted on, typically costing between $400 to $600 to make.. The video below, while in Japanese, gives you some idea as to why they are so expensive, and why shortcuts MUST be taken on swords not priced in the thousands of dollars.

COMMON PROBLEMS: To keep costs down, most production Katana have mass produced habaki. This one size fits all approach meas that instead of being perfectly fitted to the blade so that the blade collar 'floats' just above the hamachi, the collar is often forced on (sometimes slightly split at the seams in the process), is extremely hard to remove, and its shock absorbing qualities - while still present - do not work as efficiently as they should, causing undue strain on other components when cutting heavy targets.

While clearly not desirable, it is pretty much impossible to avoid with production swords, especially those priced below what it costs to make a custom fitted blade collar - and the only way around it to have one custom made or make on yourself. The video below gives you a rough idea of how to do so if so desired.

I hope this information on habaki has been helpful.To return to Samurai Sword Terminology from Habaki, click here