Colloquially referred to as Paul Chen Hanwei Swords because the company was the brainchild of Mr. Chen Chao-Po, originally of Taiwan, they first started making swords in 1991 and have since grown into a mainstay of the Sword buying community, and expanded their products to include European designs.

They are also one of (if not THE) the biggest sword maker in the industry, with over 350 employees at their Dalian facility alone…

“We warranty our products against all manufacturer’s defects (workmanship and or materials) for a period of one year from the date of customer purchase (we extend this guarantee to the original invoiced customer only). This warranty also applies only when the product is used under normal conditions for which the product is designed, and does not apply to damage related to accident, misuse, improper care, negligence, and normal and/or excessive wear and tear.”

As in most cases the ‘original invoiced customer only’ is the retailer who sold you the sword, any problems with their product must be followed up by the vendor, which may lead to lengthy delays.

Prices for Hanwei swords range from around to $100 to upwards of $3200 for their high end models. 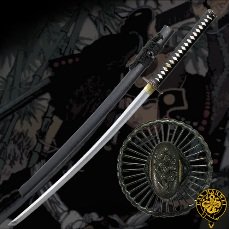 From the humble Practical Katana, both the classic series and the newer performance series to Swedish Powder steel, Tamagahane Nihonto style blades and now even the legendary L6 Tool Steel, there are Japanese style Hanwei swords to suit every taste and budget. There are also several limited edition collectibles produced from time to time, and their higher end Katana are considered to be some of the best quality production Katana on the market. 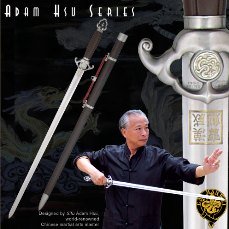 Here you will find a range of Chinese Kung fu and Tai Chi swords, ranging from their basic “practical” line to some stunning and highly regarded pieces in their Dynasty series. There is a also a range of Hanwei swords designed by world famous Kung fu and Tai Chi Master Adam Hsu that are surprisingly affordable (around the $200 mark) and well received, though availability and low production levels tend to be an ongoing issue. 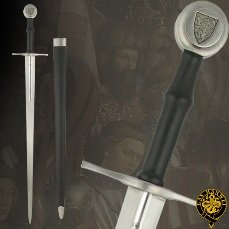 From fencing foils to re-enactment swords to functional replicas, while their medieval line are not their primary specialty, being more of an offshoot of their main business model (Katana) and having been through (and still in the process of) revision, their medieval line has received mixed reviews – mostly to do with sharpness (or lack of it), though this is more than made up for by the handling and tempering of swords such as the Michael “Tinker” Peace line.

For the lower priced Paul Chen Hanwei Swords, the most common complaint was quality control. Due to the sheer volume of swords being produced, it was not uncommon to find a few lemons in every batch (many of which, ended up being sold on ebay).

Occasionally, the bad ones in each batch can be quite dangerous – especially with Hanwei’s extremely sharp Japanese swords. Due to the relative hardness and thinness of some of the blades, there are many anecdotal stories aboud of them literally snapping in half (and then flying through the air) after a poorly executed strike against relatively light targets such as Tatami Omote and Water Filled Bottles.

For this reason it is especially important when buying Paul Chen Hanwei swords online to avoid shopping based on price alone, as many of the sellers who stock them at close to wholesale prices are selling seconds or defective blades that should have been inspected and sent back to the factory as per Hanwei’s usual policy with their wholesalers.

Current issues mostly revolve around the sharpness of the blades. Their Japanese swords tend to be just a little too sharp, meaning that the edges are so fine and hard that while they cut like a laser, hitting harder targets (whether accidentally or on purpose) is a sure fire way to chip or break them. On the other hand, most people complain that their medieval swords are a little too dull, and need additional sharpening out of the box to cut effectively (though once sharpened – due to the excellent temper of the steel – they hold their edges exceptionally well). 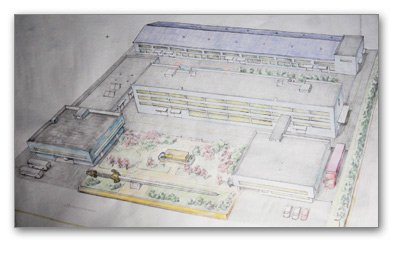 Not an issue per se, but in March 2011 the Dailan forge suffered an accidental fire and was burned to the ground.

Fortunately, there was no loss of life in the fire, but it took Hanwei until early 2014 to reach anything similar to previous production levels and prices tended to increase dramatically on many products during this period.

As they are the largest sword company on the marker, their swords are widely distributed and priced vary almost as widely.

The official CAS Iberia site is the most expensive price to buy them at. However as is often the case Kult of Athena have consistently the best pricing and customer service for Paul Chen Hanwei Swords, and we are also proud to offer a carefully screened selection at similarly competitive prices here at the SBG Sword Store.

A exceptionally good replica of the original, though it had a few teething troubles to get there.. $362.99

Historically accurate, handles well and tough as nails. Pictures rarely do it justice to show how BIG it is really is. Just wish they would keep them in stock.. $289

A readily available high quality Katana and good choice to dip one's toe in the higher end. Ticks all the boxes. $699.95

Designed by Michael 'Tinker' Pearce, harmonically balanced & handles with the best of them, though availability can be an issue. $249

Designed by Sifu Scott Rodell THIS is the must have budget Jian for every CMA practitioner. $329

Designed by Shihan James Williams from the Bugei company, these are excellent blades but not without a few issues. $328.95

While not the best 'Tinker' Pearce design, it is an excellent sword for the money and is very hard to fault for the price. $234

A tactical version of the Burmese Dha, and yes, it can actually slice bullets too.. $196

The 'jewel in the junk' of a series some rather clunky beaters by Hanwei - it is actually a great example of a rarely reproduced Oakeshott blade type. $232

An excellent sword for the money with several huge improvements over earlier models. $449.95

Awesome cutting blade with a rewarding ringing sound when it hits a target. $189.95

The 'antiqued' version of this classic, slightly sinister looking Hanwei sword design. Another Hanwei that is a lot bigger in person than what the pictures suggest. $223

Affordable, tough and well made - one of the best Scottish Great swords on the market, period. $259

Ornate, and a fairly faithful replica of the original with a decently made blade and eye catching fittings. $299.99

All about the blade on this simple hybrid euro/katana like sword. Good, cheap, serviceable. $124.95

A Damascus folded steel blade with austere fittings. Not a bad attempt, though a little expensive. $499.95

Historical or not, its a fast mean little stabby cutter of a sword. $253.95

Crazy sharp blade geometry, but maybe just a little too sharp for its own good.. $319.20

Quite ornate and attractive in its own right, but not all that historically accurate. A lot of fun though. $297

Part of the Tinker Pearce designed sword series, a great blade and so much potential, but not the complete package.. $253.95

An early review by Brenno from Fableblades shows his early inclinations to customize.. $146.95

A decent piece from Hanwei, but far too expensive for what it is. $396

The original entry level Katana. May be an old model but still holds it's own $399.95

Sturdy enough, and a decent replica of a historical type X/Xa.But you either love it or hate it, there really is no neutral opinion on this one $349

Chinese Warsword with some serious attitude. $149.95

Nice enough to look at and handles well, but all in all, just average. $324

The first entry level Wakizashi ever to grace the sword the market, it still holds its own and makes a good daisho when paired with the Hanwei Practical Katana $199.95